Recently I received the following email:

What book recommendation would you make for a male in his early twenties looking to become wiser, motivated, and have the biggest positive impact on his life?

I have made such a list in the past, but I’ve read dozens of books since then and so it’s time for an update.

Before I share the books, I must state that they were selected not for fine prose or excellent storytelling but because they will push you to accomplishing goals centered around masculinity, earning money, and getting laid. I believe if you give a smart man the right tools, which these books contain, he can figure out how to use them in his own unique situation.

Here are the books, in the order that they should be read: 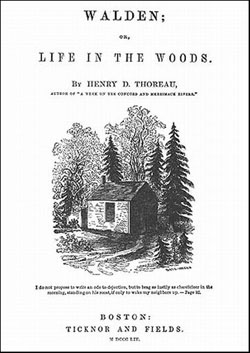 This book was written by Henry David Thoreau, who decided to move to the woods and become self-reliant. He shared ideas on how and why men should pursue independent thought and action. It’s not an easy book to read, but I believe it’s important for helping men understand what it takes to carve their own path in life.

I went to the woods because I wished to live deliberately, to front only the essential facts of life, and see if I could not learn what it had to teach, and not, when I came to die, discover that I had not lived. I did not wish to live what was not life, living is so dear; nor did I wish to practice resignation, unless it was quite necessary. I wanted to live deep and suck out all the marrow of life, to live so sturdily and Spartan-like as to put to rout all that was not life, to cut a broad swath and shave close, to drive life into a corner, and reduce it to its lowest terms, and, if it proved to be mean, why then to get the whole and genuine meanness of it, and publish its meanness to the world; or if it were sublime, to know it by experience, and be able to give a true account of it in my next excursion.

This is the book that pushed me over the edge to quit my job and begin traveling back in 2007. I fondly remember reading it in the coffee shop near my job on lunch breaks, dreaming of the day when I could finally hit the road and live on my own terms.

The Way Of Men 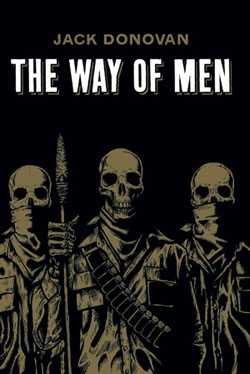 There is no manual for men on how to live a modern life. Mainstream culture constantly bombards us with propaganda to weaken and feminize us. The Way Of Men is the antidote, exploring masculinity and what it takes to be a man.

Men are dropping out and disengaging from our slick, easy, safe world. For what may be the first time in history, the average guy can afford to be careless. Nothing he does really matters, and—what’s worse—there is a shrinking hope of any future where what he does will matter.

Hold on tight during the second half of the book where the author clearly lays out how masculinity is being attacked and marginalized, increasingly seen as something that needs to be treated instead of exalted. The main benefit of this book is that it gives insight into your own behavior while helping you swallow the red pill.

The 48 Laws Of Power 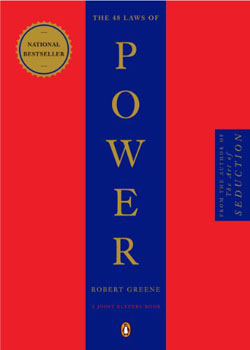 This book can probably be renamed “Socialization For Dummies.” It gets even introverted guys up to speed on all the little tricks and games that people play. It can be used not only as defense for when they are used on you, but also as offense for when you want to extract your goals from others. The fact that it has been long criticized as “manipulative” is a hint to the power that it contains for those men who are settling into adulthood. It’s our generation’s “How To Win Friends & Influence People.” 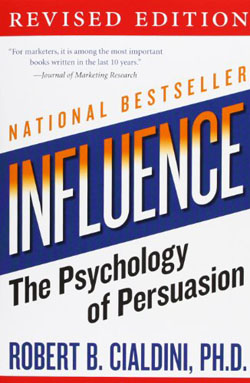 This is easily the most important psychology book ever written, condensing the most effective persuasion tactics into one volume. It teaches six main principles that are easily adaptable to use in commerce and getting laid:

Examples and explanations are given throughout, so it won’t take a big jump in brain power to apply them to your own life. It’s an easy read that will teach you more practical steps to convincing other people to give you what you want. 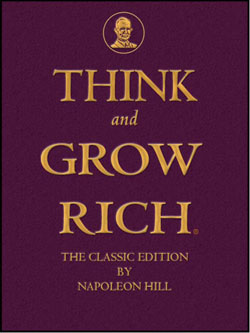 This is the best self-help book ever written in the history of the universe. It teaches you not just how to make money, but how to achieve any goal you want in life. The author, Napoleon Hill, analyzed the success of the American business titans of his day and then distilled their behavior into a thirteen-step framework that you can apply for your own goals.

Think & Grow Rich is one of the most widely American books of all time, and it is no surprise to me as to why: the techniques simply work. They are ingrained in the DNA of America, contributing to its elevation as the most economically successfully country in the world. Our more recent decline can be partially attributed to going against its ethic.

The War Of Art 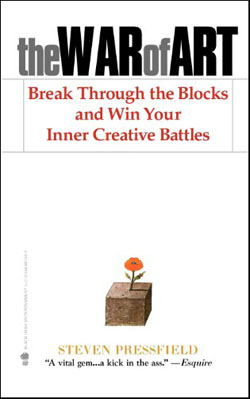 On the path to becoming wealthy or accomplished, you will encounter a devious force that rises up against you: yourself. Steven Pressfield, author of Gates Of Fire and The Legend Of Bagger Vance, explains that it’s so difficult to complete projects you’ve envisioned because an internal force called “resistance” will try to prevent you from reaching your potential. It sabotages you, urging you to laze around, give up, or idle your time away instead of working hard. He gives you a strategy to fight against it. While the book is mostly intended for creative types, it can apply to any task in which consistent effort is required.

The Power Of Habit 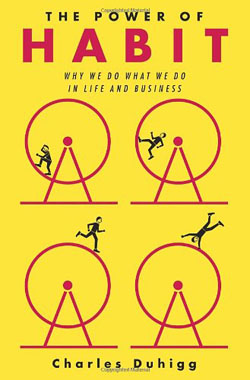 The Power Of Habit aims to rid you of bad habits such as procrastination or overeating by carefully dissecting them to identify the true reward you’re receiving. This allows you to change the habit into something positive that sticks with you.

If you want to do something that requires willpower—like going for a run after work—you have to conserve your willpower muscle during the day. If you use it up too early on tedious tasks like writing emails or filling out complicated and boring expense forms, all the strength will be gone by the time you get home.

It also introduces the concept of a keystone habit, something that improves many areas of your life simultaneously. It’s through this idea that I developed the One Approach A Day habit, which has helped many men improve their game with very little burden. Bad habits are often the first roadblock to achieving your goals, and this book arms you with the tools needed to change them.

—
The pieces of the puzzle are coming together. After reading the above books, you now have a better understanding of masculinity, independence, social influence, achievement, and positive work and life habits. Two things remain: (1) improving your confidence through fitness, and (2) getting laid. 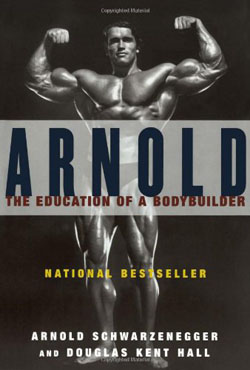 It will be impossible for you to read Arnold’s autobiography and not get the urge to lift some heavy ass weight. I remember reading it on a resort island, away from any standard gym, but I went ahead and snuck into a hotel gym to lift.

Normal people can be happy with a regular life. I was different. I felt there was more to life than just plodding through an average existence.

Through learning Arnold’s life story, you stumble on the most valuable part of the book: his belief system. He gives you the thoughts that made him a success, which you can then apply to your own life. The fact that he is a balanced man with various pursuits, including chasing women, makes Arnold my personal hero and role model.

His autobiography is one of the most motivating books that I’ve read, not just to bodybuild, but to achieve goals. You can’t ask for more than a book that describes how a man’s labor, harnessed with the right beliefs, can push him towards realizing his dreams. 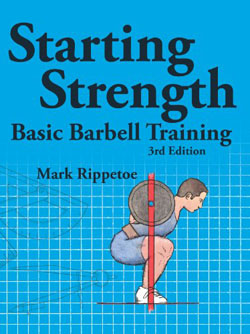 I’m firmly in the belief that the modern man needs some type of fitness program to develop confidence and fight the atrophy of his muscles that result from office work and chair-sitting. Therefore he’s going to need a beginner’s workout program to get him in the gym and start building muscle mass and definition. The best book to accomplish that is Starting Strength, which focuses on compounds weights such as the squat, deadlift, shoulder press, and bench press, with dedicated chapters focusing on each.

The results I got from doing this program in one year exceeded the previous five years of doing random machine exercises, and it’s still the default workout I prefer for gaining strength in the shortest amount of time. This book is often described at the best weightlifting book ever written. 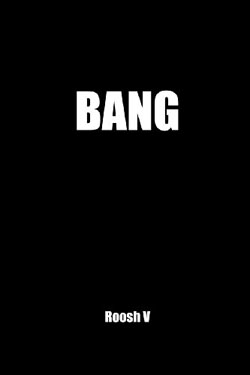 The last thing remaining is getting laid. There has been much written on this topic, but I think—with obvious bias—that my book Bang is the best introduction on using game to have sex with women. It gives you the overall view, from internal game, meeting women, dating them, texting them, to finally sealing the deal. I’m proud of this book and the aid it has given men for solving the surprisingly complicated male problem of getting laid.

So there you have it. If there were only ten books that men should read, these ten are it. With the dutiful application of your own work, desire, and will, the world is yours. I recommend you spend the next year to knock these books out, taking a break between each one to carefully implement their ideas into your life.