1. There aren’t many attractive women. Most are sloppy, ugly, fat, and don’t care about looking good for men.

“DC has a lot of over-educated white girls who could stand to lose 20 lbs. They have decidedly average faces. Said women believe that their education level and wack governmentalish type job makes them more of a catch than looking photogenic and being feminine… ” #

“I remember my first year here when it was not unusual to go to bars or clubs and see a good ratio of attractive women to men. Unfortunately things have changed drastically. Even the few girls that are out… a lot of them are unattractive. A few of the attractive girls I have smashed have also told me they thought the women here were mostly ugly. This creates a problem for single men. The pool of attractive women is a lot smaller here then it is in LA/NYC or Miami.” #

“There’s a map that claims that there is a higher proportion of single women to men in the DC area. But it doesn’t take into account that a lot of women don’t really take care of themselves like they do out west. Most of the girls that move out here don’t come to pursue modeling careers. It’s also cold half of the year. Not as much pressure to stay in shape.” #

“The only chicks who move to DC seem to be chubby, pasty white girls who have grad degrees in Poly Sci or Public Relations (or some other bullshit) and want to work in a gubbymint job or for a non-profit.” #

“Go out to a bar in DC this weekend. The few girls that you even see out will put very little effort into their dress. Is it so hard to put on makeup and high heels at least? I guess they can get away with it because there is very little competition here.” # 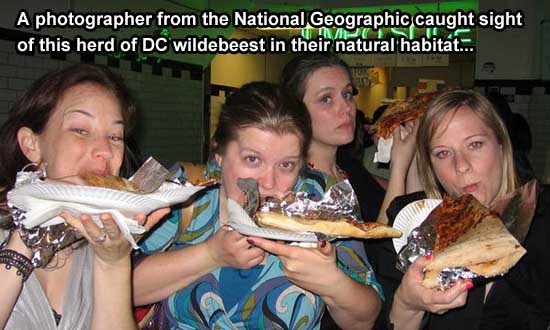 2. The city has boring, cookie-cutter people.

“The problem with DC is the majority of industries it caters to have boring, lackluster people (law and government). Government workers are the laziest, blandest, most depressing, least passionate people around and that becomes somewhat contagious. They go through the motions and count the days to retirement but they enjoy the security of a government job. The other problem is 3/4 of the city is off-limits if you aren’t looking to get shot and robbed.” #

“It’s pretty conformist, bourgeois and relatively upscale. If your goal is simply to have a stable, upper-middle class lifestyle and you are fairly conservative, it may be the city for you. It’s more for people who work, want to unwind on the weekends and mostly seem to have steady girlfriends or maybe date around somewhat. However, DC does seem to weed out the extremes of society including real creative energy and excitement.” #

“DC has always drawn lots of consultants who come here with job offers directly out of college with the Booz Allen, Accenture, and PWC’s of the world. Sure, some of them are hot, but it’s more the homely academic type. You also get a lot of the khaki-wearing men who put the girls on a pedestal, giving them an increasing sense of self-worth. It’s kind of funny… last time I was in LA at the beach area and saw several smokin hot chicks with guys who had the emo band look, tight jeans, crazy hair, etc. That’s something you rarely if ever see here.” #

3. Regardless of what surveys or Census figures say, Washington DC is the biggest sausagefest on the Eastern seaboard. This is obvious to anyone who has been out on a Saturday night.

“My sister just moved from NYC last year and really hated it, primarily because she felt like she was surrounded by government drones with no personality, but when she found out she could go out to a bar with 5 dollars in her pocket and have guys buy her drinks all night, she quickly changed her mind.” # 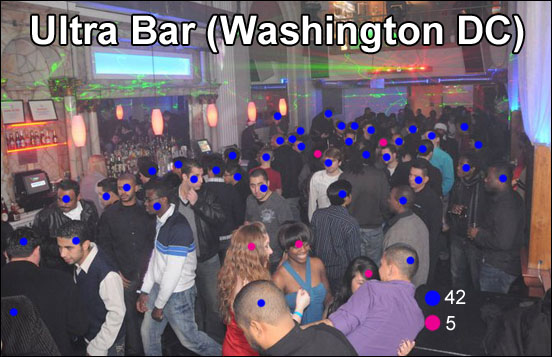 4. It forces you to lower your standards and date low-quality girls you would’ve never previously considered.

“The amount of guys i know that married a DC girl is minimal, and those guys married down. I don’t know one guy from DC who is married to a girl from this area where I thought to myself ‘Wow, good for him, that’s a nice pull.'” #

“You get a few hotties at some of the consulting companies (Accenture is pretty good about hiring hot chicks), but they’re in the overwhelming minority and benefit from a supply/demand issue. Also, the ones who are attractive and have grown up in the area are basically spoiled princesses who have been having their asses kissed their whole lives and have no concept of reality.” #

6. The city is rapidly exporting cool, attractive people while importing ugly political nerds from the Midwest or upstate New York who insist on wearing flip-flops all the time.

“I went down there with a buddy this past summer for 3-4 days and hopped from Dupont, Adams Morgan, and U Street. We hit the happy hour spots on a Thurs/Friday. Nothing. Whatever talent I remember DC having has left.” #

“Does anybody remember south of dupont back in 07/08? Sooo many chicks just walking around. I remember the first time I went to Play lounge (midtown) back then. The place was packed with women. Then you’d step outside and the sidewalks had girls coming out of 1223. 1223 is gone and now it’s called Dirty Martini and it’s not even a club anymore. Heck even Lucky Bar used to be great. That place was like shooting fish in barrel.

“Now it’s terrible (low quality and a sausagefest)… I was at Public and Rumors last weekend and it was such a sausage party. Do you remember the Park at 14th back in 08/09? Two years ago I went to their international night and it was four floors of model-looking chicks of every race. It used to be diverse and high quality. Now it’s ghetto as hell. Recently an NFL player got stabbed outside of there. Even during the day and after work Dupont used to have a lot of hot girls walking around. Now it’s a lot less. Not sure what happened. I’m glad I’m not the only one who has noticed.” #

“Without sounding like a racist, this is what is killing DC nightlife for me. I’m a white dude and I like white girls with a few exceptions here and there. The demographics of this area have shifted dramatically where there are so many Asians, Middle Easterns, blacks, and Hispanics that 1/5 of the girls out that night are actually white (and that doesn’t mean they are slim or attractive or single). Because so many people work for the government some way or another and make decent money, there is no income segregation and all the races party at the same places. There is a shortage of white girls and girls from Latin American countries like Brazil or Argentina.” #

“I think last time I was at Modern I felt like I was in Asia.” #

8. Women who live in DC gradually become status whores, obsessed with what you do and if you’re getting a table at the newest club on K Street.

“A ton of status whoring, fake people, degree chasers, one uppers, the ‘I care less than you do’ crowd.” #

“DC women are very superficial… they are sizing you up to see how you can benefit them and their career. People live to work in this city… they all will have law degree’s, mba’s or some silly phd and they will make sure that’s the first thing you know about them. They’re gonna be looking at your clothes, car, and all the other dumb shit they use to measure you.” #

“Just about every 6+ chick found in a DC bar/club thinks she’s a 10 and has her 24-7 bitch shield up. Shoot, I am a white dude who works out constantly (9% body fat only), dresses sharp and makes it a point to always smile (I have nice teeth), yet the number of times girls give me the eye roll here is unreal! Sometimes, I dream of being a tall celebrity cat as that seems to be about the only foolproof method of getting GOOD-LOOKING women in DC.” #

9. Recent implants have sucked all the character out of neighborhoods by supporting soulless corporate chains. Soon the only stores in the city will be Starbucks, Potbelly, Chipotle, or cupcake shops.

“Neighborhoods filled with culture and diversity are being dissolved and turned into breeding grounds for kids trying to slum it with the safety of a Whole Foods in the vicinity.” # 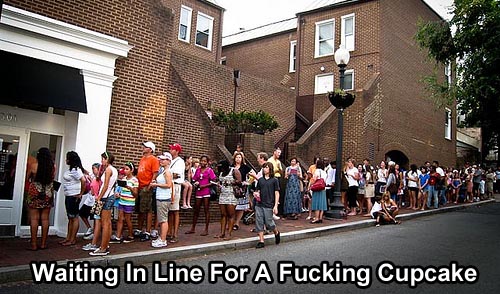 10. Adams Morgan turns into an open-air ghetto on weekend nights during the summer. You can’t walk around after last call without wannabe thugs making derogatory comments at your girl.

11. There are not as many young and nubile au-pairs coming into the city as before.

“I’ve also noticed that the au-pair market has shrunk. I dated some au-pairs back in ’05-06 and although it was transient, at least I wasn’t lonely. But that avenue seems very diminished now.” #

“Cosign on the decreased au pair sightings. They used to be dime a dozen five years ago. There are so few that the fat Polish girl who would get no love back in her hometown is getting approached 20 times a night in DC. I knew a mediocre Brazilian girl (a 5) come to DC and tell me how amazing it is that guys offer to buy her drinks and take her for rides on boats (Georgetown). She loved the city of course. Back in Brazil she was a nobody.” #

12. It’s one of the most expensive cities to live in the United States , yet the girls are bottom of the barrel and still expect to be treated like NYC models.

13. The subway system is managed by retards, resulting in a high loss of life for a public transportation system in a first world city. 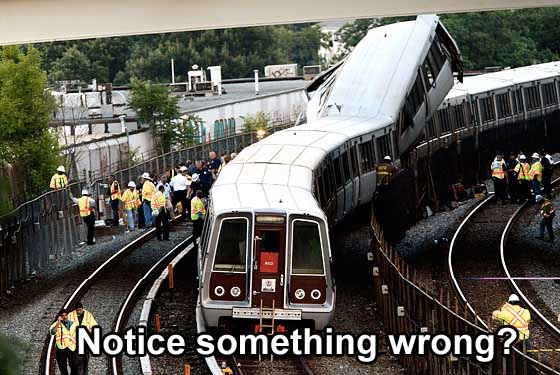 14. The weather sucks. It’s an intolerable swamp in the summer and cold enough in the winter that most women hibernate with their vibrators.

15. The HIV rate is the highest in America, exceeding that of many African nations.

In conclusion, Washington DC fucking sucks. I feel sorry for your dick if you live there.[culturewar]