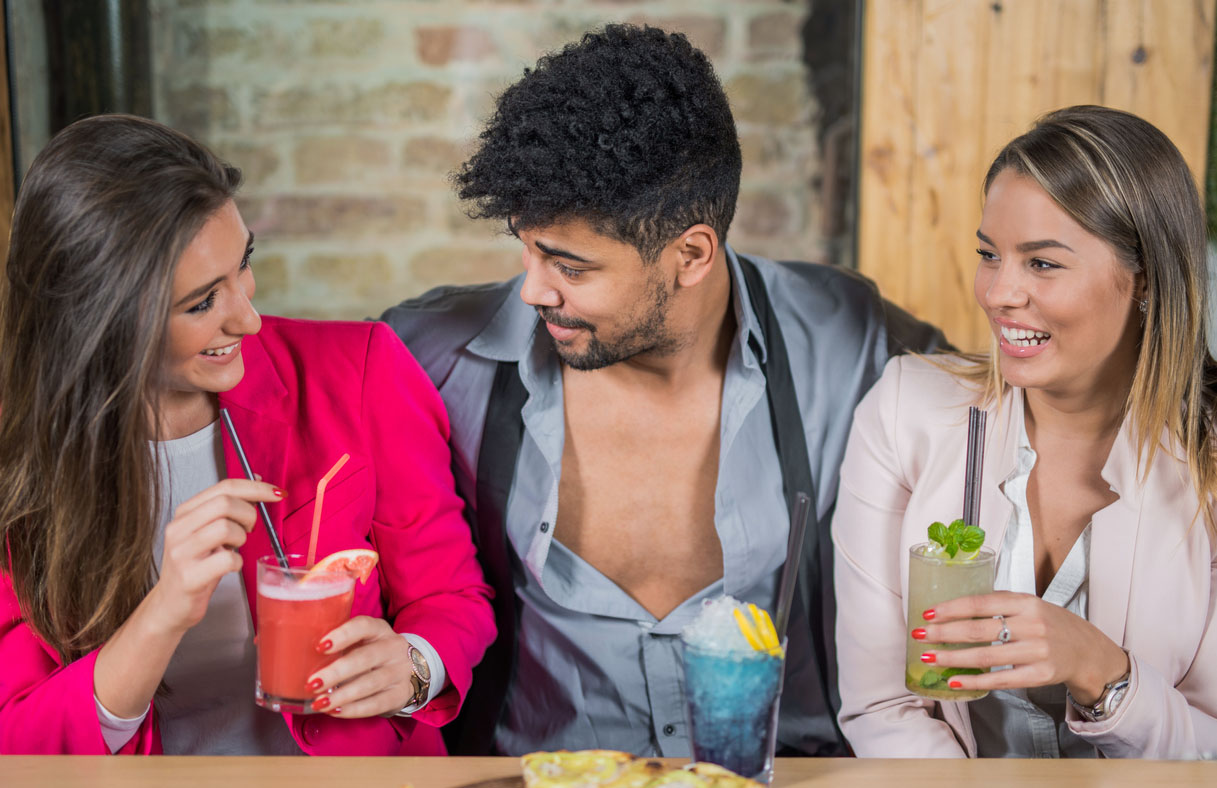 1. They seal the deal late at night under the influence of drugs or alcohol 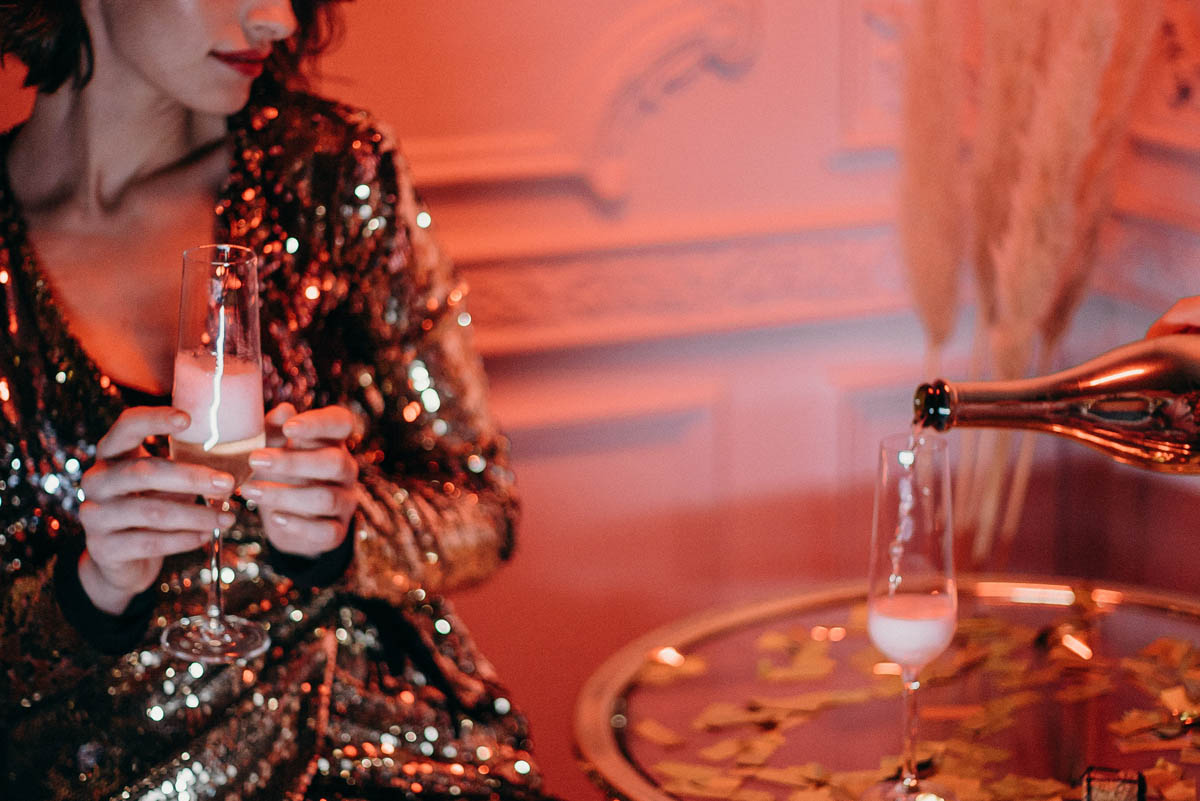 Both the straight and gay man undergo the same ritual at night to get ready for sex. They congregate in dark rooms within a big city and warm themselves up by taking alcohol or other drugs. All potential sexual prospects for the night are plied with drink or pills to get them in a heightened state of lust, and then at the peak moment of attraction, an attempt is made to move to a private bedroom (or bathroom) to complete a sex act. If you’re an active fornicator, I can just about guarantee that you have never slept with a woman for the first time without the aid of a psychoactive substance. 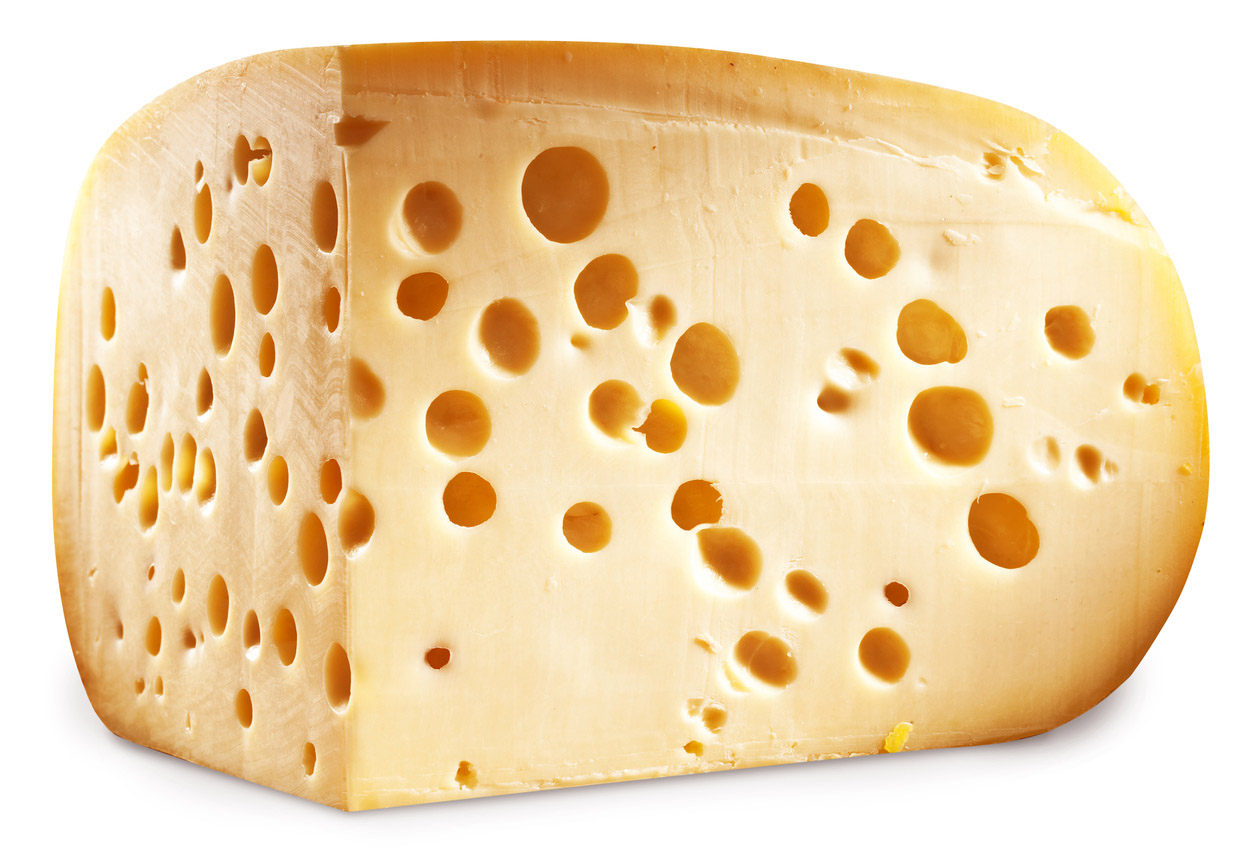 Both homo and hetero can’t get their minds off holes. Every day, they fantasize about how a mouth, vagina, or anus located somewhere in meat-space can give them an orgasm. These holes, they believe, will save them from a meaningless existence, but the pursuit of holes only makes life more meaningless, because after all, they’re just holes.

3. They’re obsessed with having big muscles 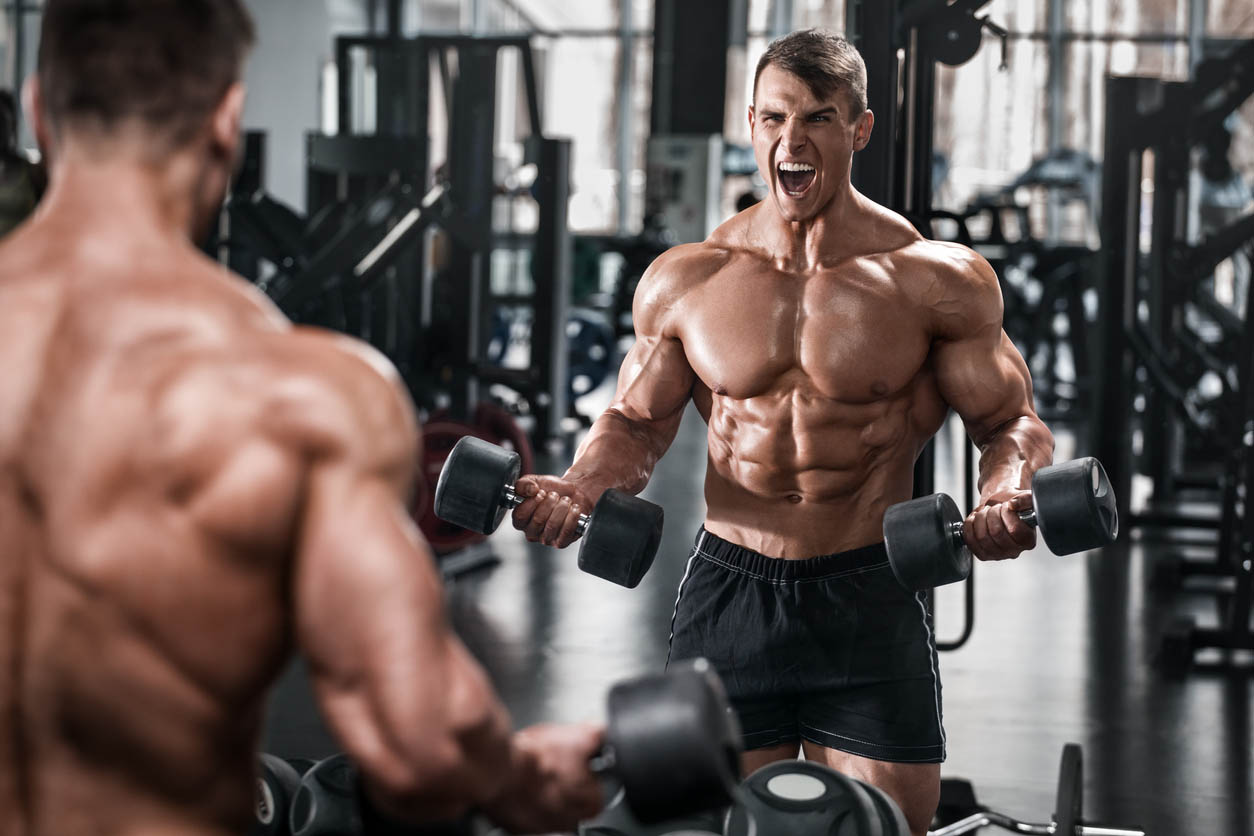 They only way to guarantee access to sex is to be attractive to those who have the desired hole, so both gay and straight have active gym memberships where they pay money to perform the manual labor of lifting things up and down. They do useless work to build huge muscles that act as a tailored suit in order to get a little more attention than a guy wearing an off-the-rack suit. The fornicators spend dozens of hours a month—if not each week—working out in the gym for muscle growth that only gets used inside the gym, but which aids their ability to score sex. It would be the same as building a car to run only on a dynometer but not on a real road.

4. They groom as much as women

To maximize attraction, everything about their look has to be perfect. Hair has to be trendy and well-coiffed. Clothing most be modern and fitted, but not formulaic. And then there’s the manscaping. Back hair and excessive chest hair must go. Beards and even eyebrows must be carefully sculpted. I hear that some gay men now wear makeup, which means that straight men may soon start doing it as well. If you don’t look in the mirror and think “I’m an ugly dude heh” then you may be a homosexual or acting like one.

5. They rack up dozens or hundreds of sexual partners 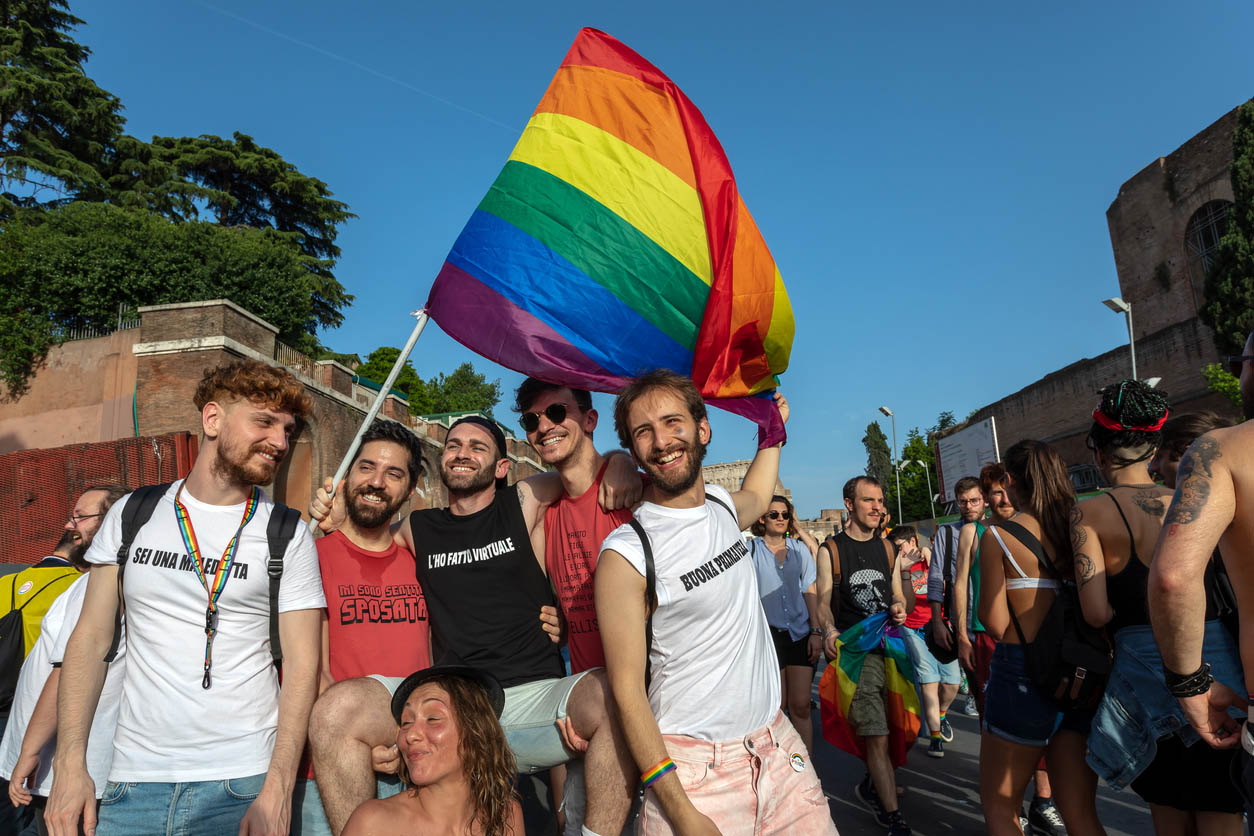 While the homosexual racks up innumerable partners with ease, don’t underestimate the ability of an average-looking heterosexual man to do the same through third-world travel, prostitution, and dumpster diving. I’ve known many straight men with hundreds of notches who believe they’re one sexual encounter away from meeting the perfect women when they’re lifestyle actually precludes that from ever happening. For both gay and straight, the weekend is nothing more than an anxious whirlwind of trying to secure a hole so that on Monday they can say they had a good weekend. 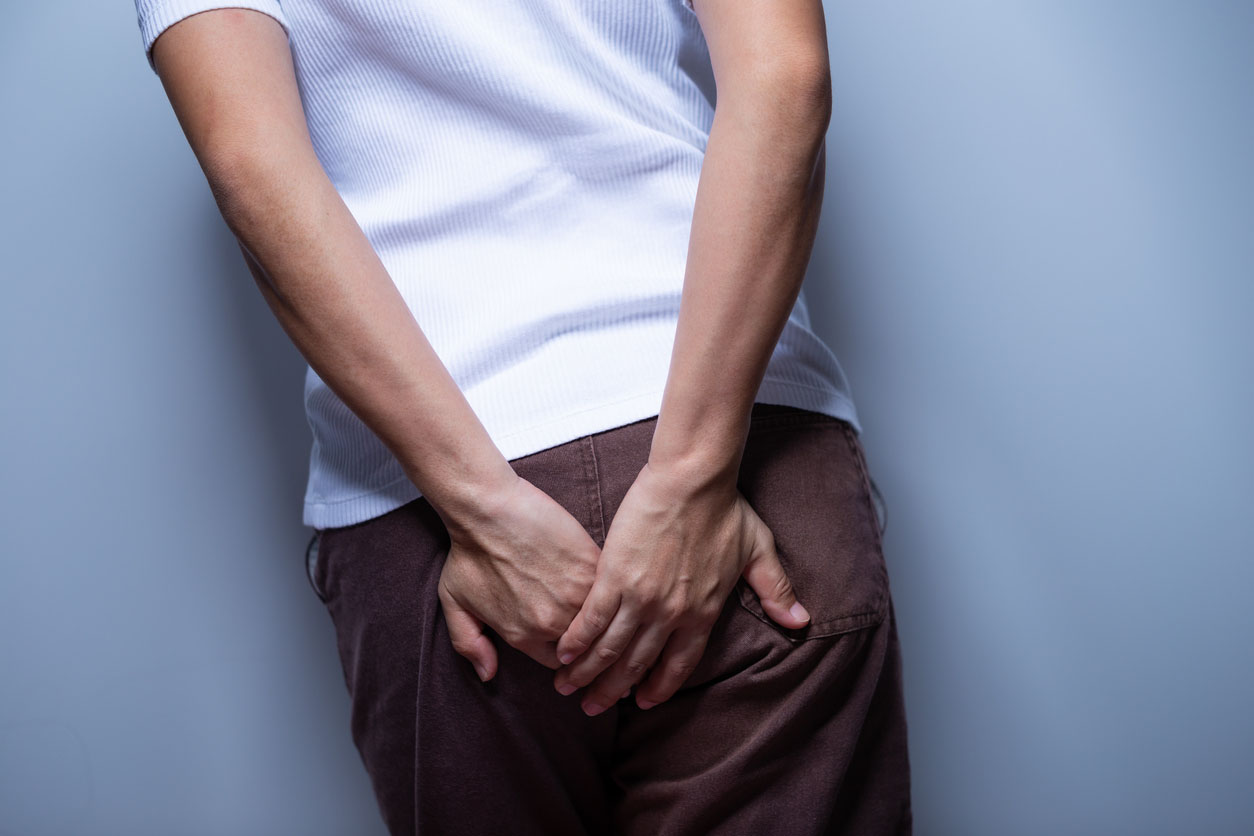 7. They prize sex without protection 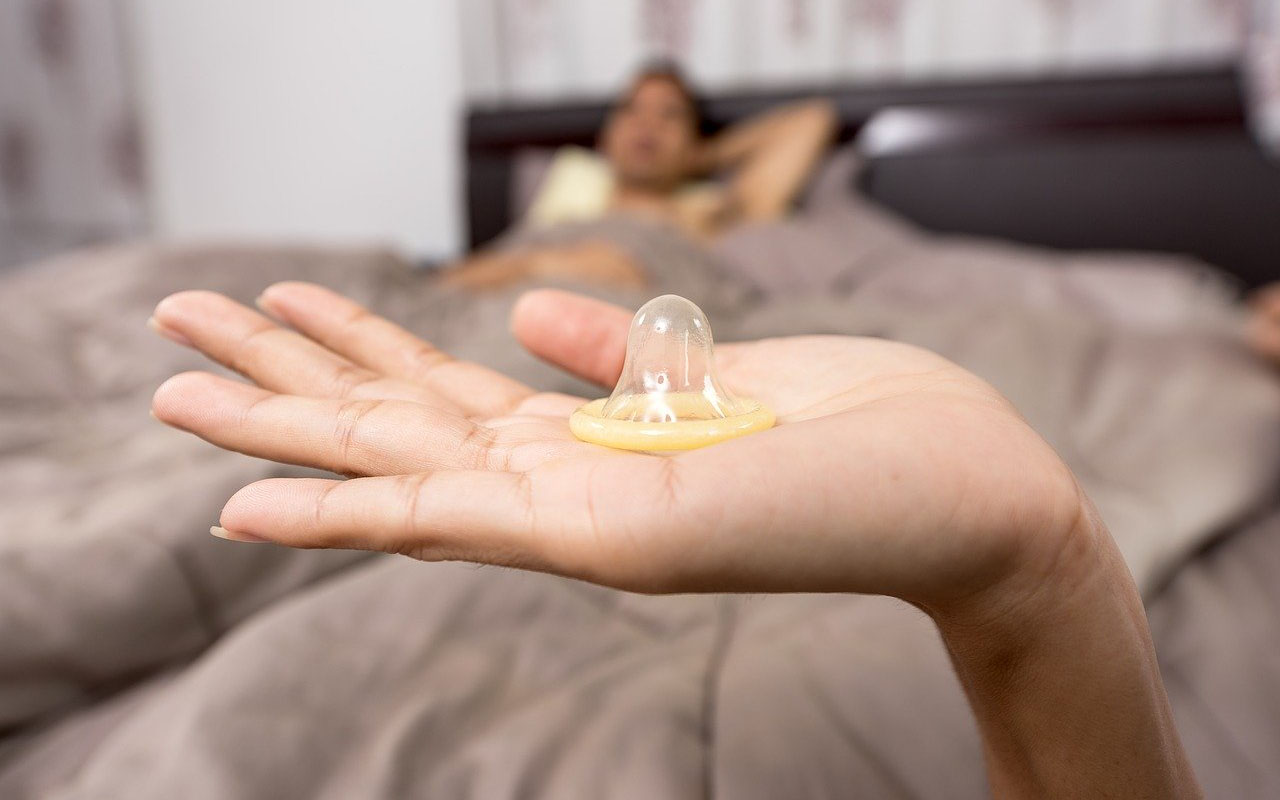 The fact that AIDS endures is proof that homosexuals still refuse to wear condoms. When you’re under the influence of alcohol or drugs, you tend to lose control of your will, and even if not, homosexuals love the “bareback” feeling. Heterosexual men are no different in preferring to do it “raw.” The ones who say they “always use condoms” are not being honest, because once you hear details of their sexual encounters, you’ll see that they use condoms only when a woman forces them to, or when one puts out severe warning signs like having a facial tattoo, but even then, many men hope they can fornicate without protection.

Both types of men will put their penis into the hole of a stranger without doing any type of vetting, exposing themselves to all sorts of diseases, and yet freak out if they’re dining in a restaurant and find a hair in their food.

8. They have sex with partners they have no feelings for 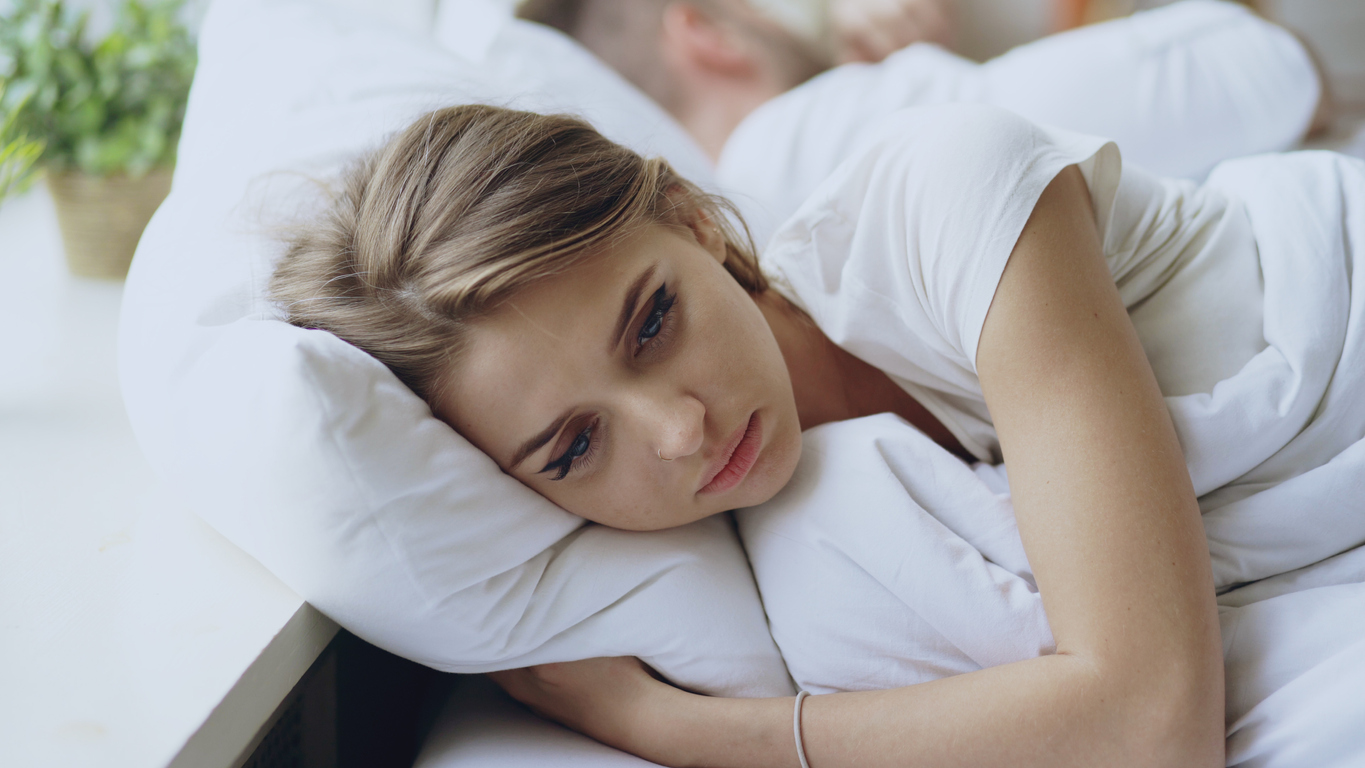 A notch is a notch, right? Fornicators look at other human beings as just a potential orgasm, as a way to take away the pain of a life that is out of communion with their Creator. Many times I would dance like a monkey for a girl I didn’t like, to entertain her and maintain her attraction, just so I can access her hole and have an orgasm. I have been a complete fake to innumerable women by exaggerating my strengths, omitting my weaknesses, and sometimes resorting to blatant lies about my career, background, or intentions. Through fornication, both gay and straight stop viewing human beings as human, but as vessels to a sex act that is barely more intimate than masturbation, and any means will justify that end.

9. They think sex makes them happy

All fornicators believe that sex is making them happy when it’s really doing the opposite. They focus on the bodily pleasure without looking at the immense emotional costs of malaise, depression, guilt, and anger, which seep into every area of their lives. The more sexual partners a man has, the angrier he is, but is too blind to see that that anger is caused by his own sexual behavior.

As soon as I ceased all fornication, most of my emotional problems went away. I was calmer, more patient, and less irritable. You may even be able to notice these changes in my most recent writing. That is undoubtedly helped by my daily prayer rule, but I also no longer have to deal with the heavy personal costs of seeking a continuous supply of casual sex partners. 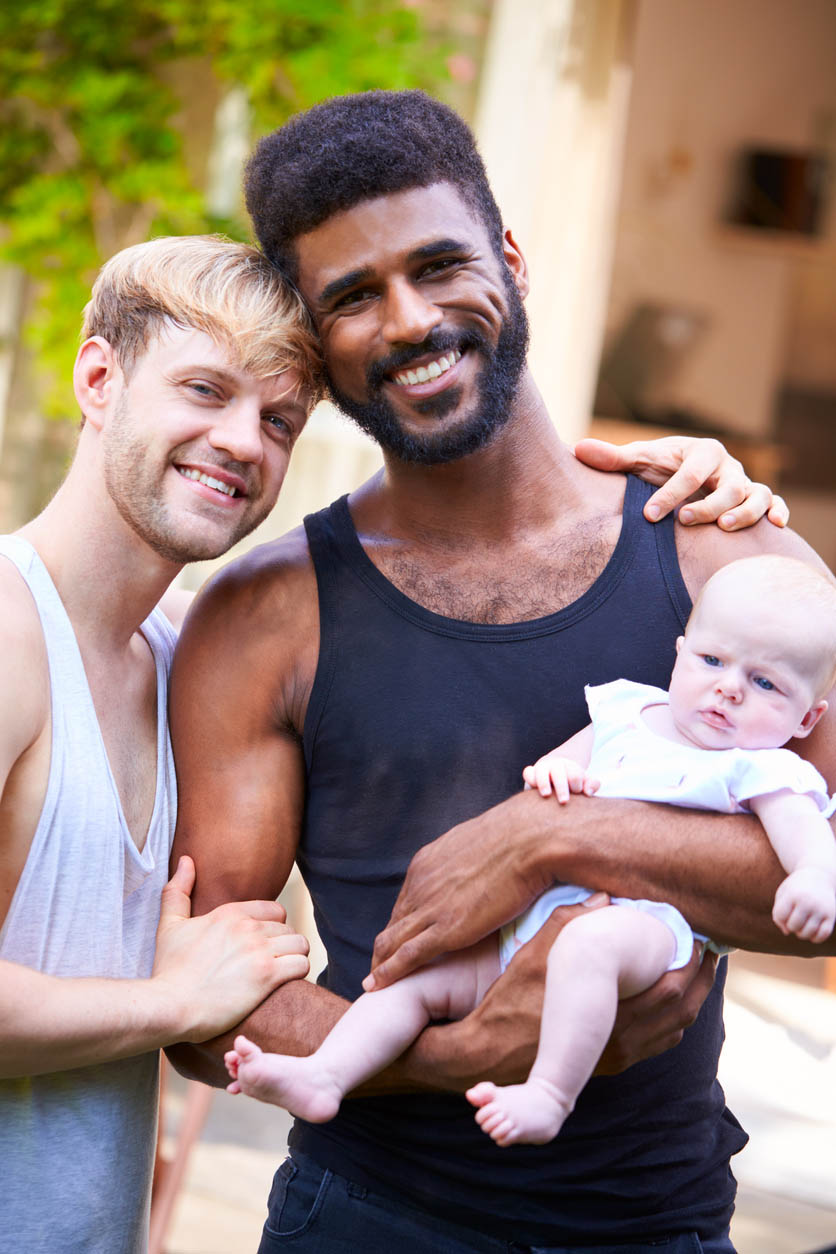 We already know that gays don’t care about reproduction, and must instead convert other people’s children into their doo-doo lifestyle, but the same goes for most straight fornicators. I’ve lost count how many men I’ve had to counsel through a pregnancy scare, and I’ve been through a couple myself. They feel like their whole life is about to fall apart because they may have accidentally impregnated a woman—the horror! How could a baby interrupt my carnal fun?! Oh it’s no big deal, you can just convince her to kill it, to destroy the inconvenience on your quest to surpass the conquests of even Casanova at his peak. Truth is if you’re not ready to be a parent, you shouldn’t be having sex. We may want to inform women of this fact as well.

11. They insist on living in big, expensive cities to improve their access to sex partners 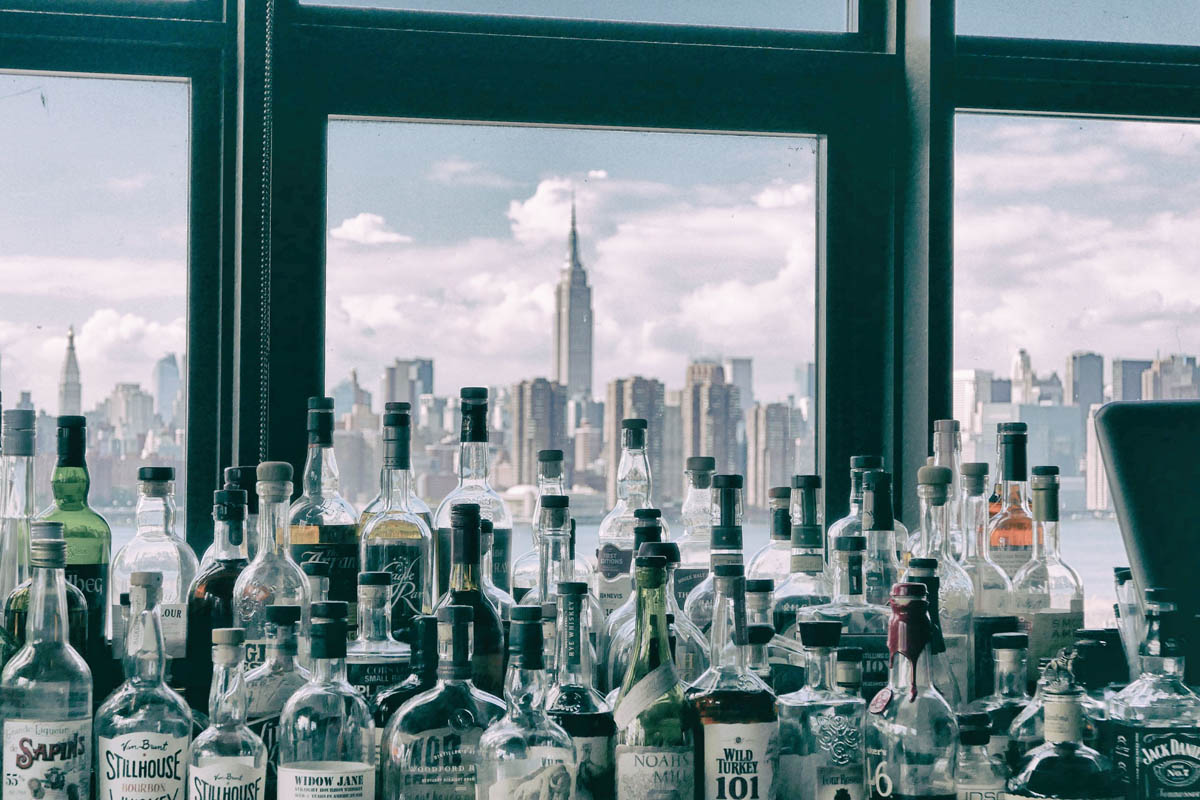 Fornicators would never consider living in the mountains or on a cozy farm with chickens and goats, because then how would they meet enough people to gain a coveted “sex life”? The bigger the city, the better, because it gives them more selection of holes and also a higher chance of sleeping with someone who is “hot.”

The only acceptable life for a fornicator is one near other people who have the same disorder as him. If he happened to be living in a rural town, he may not put his penis inside something for a long time, and that would make life not worth living. 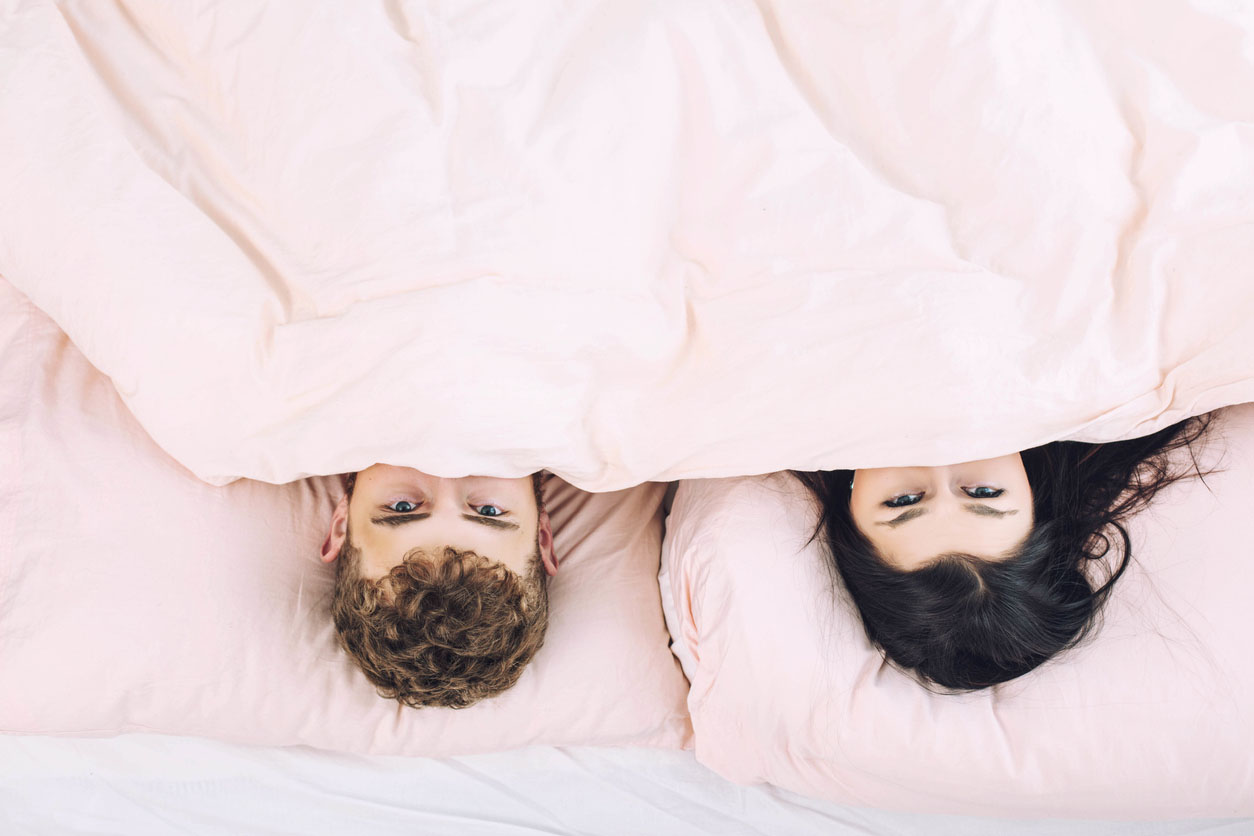 Both gay and straight have no moral qualms about using other people for sexual gain. They bought the Satanic conclusions of the sexual revolution and insist on ignoring their conscience, which is easy to do with the all the substances that must be taken to participate in casual sex, but the Gospel is written on our hearts, and the act of fornication will eventually catch up with them. If they continue to ignore their conscience, they will approach the point of such hard-heartedness that their souls may be forever lost.

13. They believe that fornication is the main source of their “confidence” 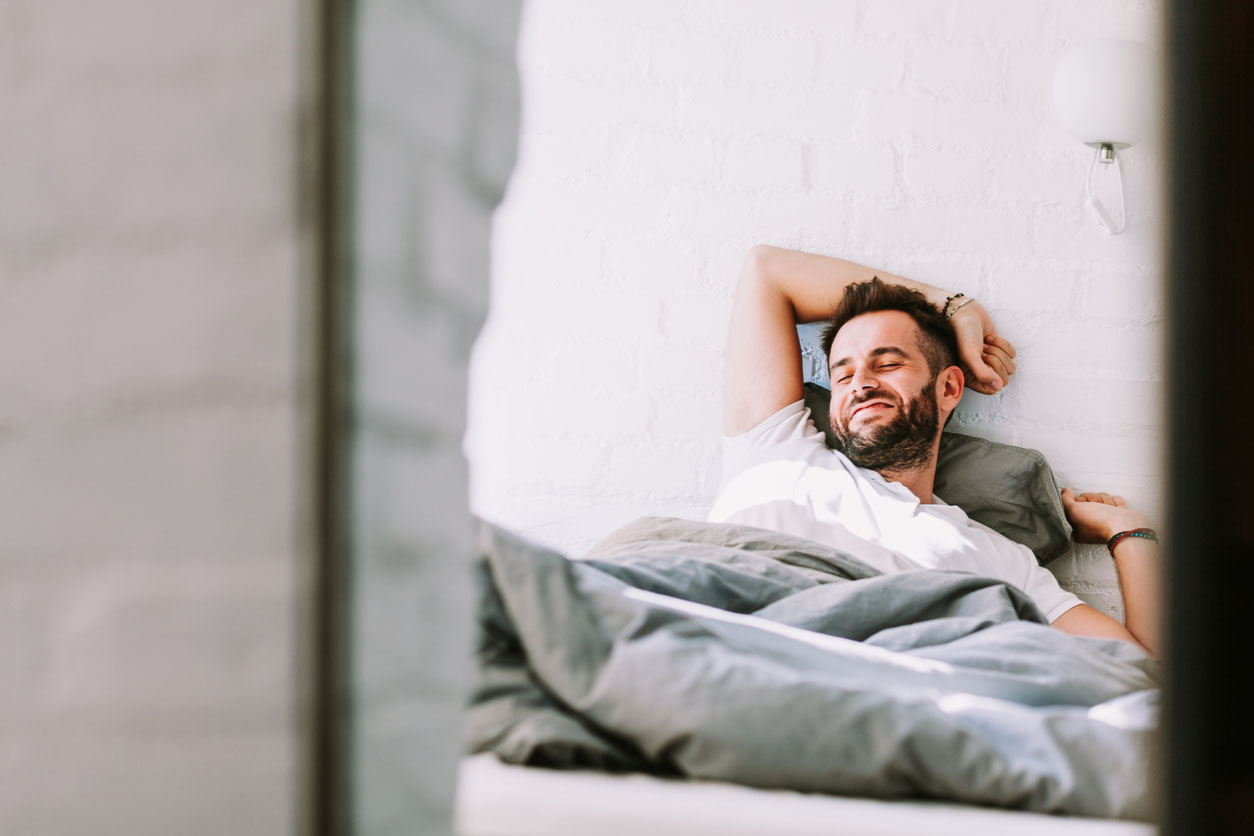 Confidence is a variant of pride, and pride is a deadly sin that separates you from God, so of course it’s one of the first things you develop as you become accomplished in your fornication. Confidence and self-love have become false gods in the West. If only I could have a really high opinion of myself that has no metaphysical basis, then I will really be happy! You are sick with delusion if you believe that your ability to access holes possessed by those who are as deceived as you somehow makes you more important, skilled, or accomplished. If God’s only begotten Son, with divine powers we cannot even begin to comprehend, was more humble than you, what does that really say about your “confidence”?

14. They didn’t read the instruction manual of the human body 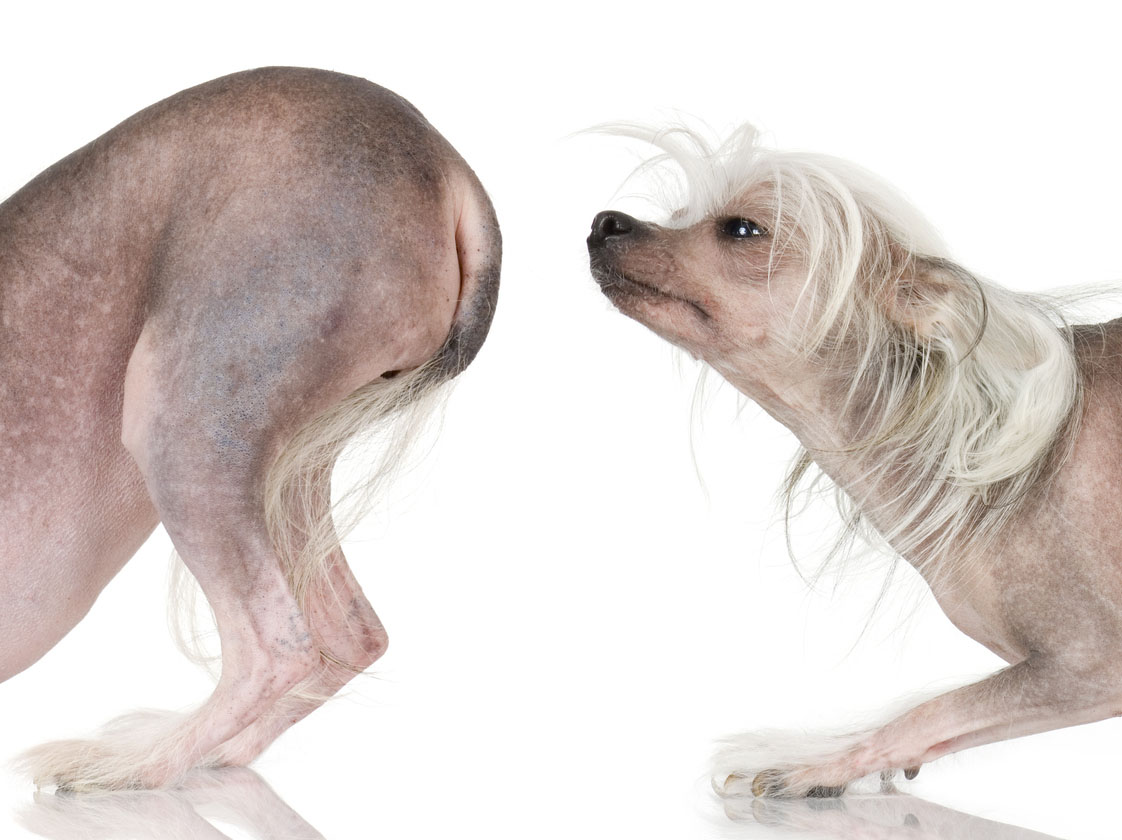 15. They throw temper tantrums when they can’t secure sex 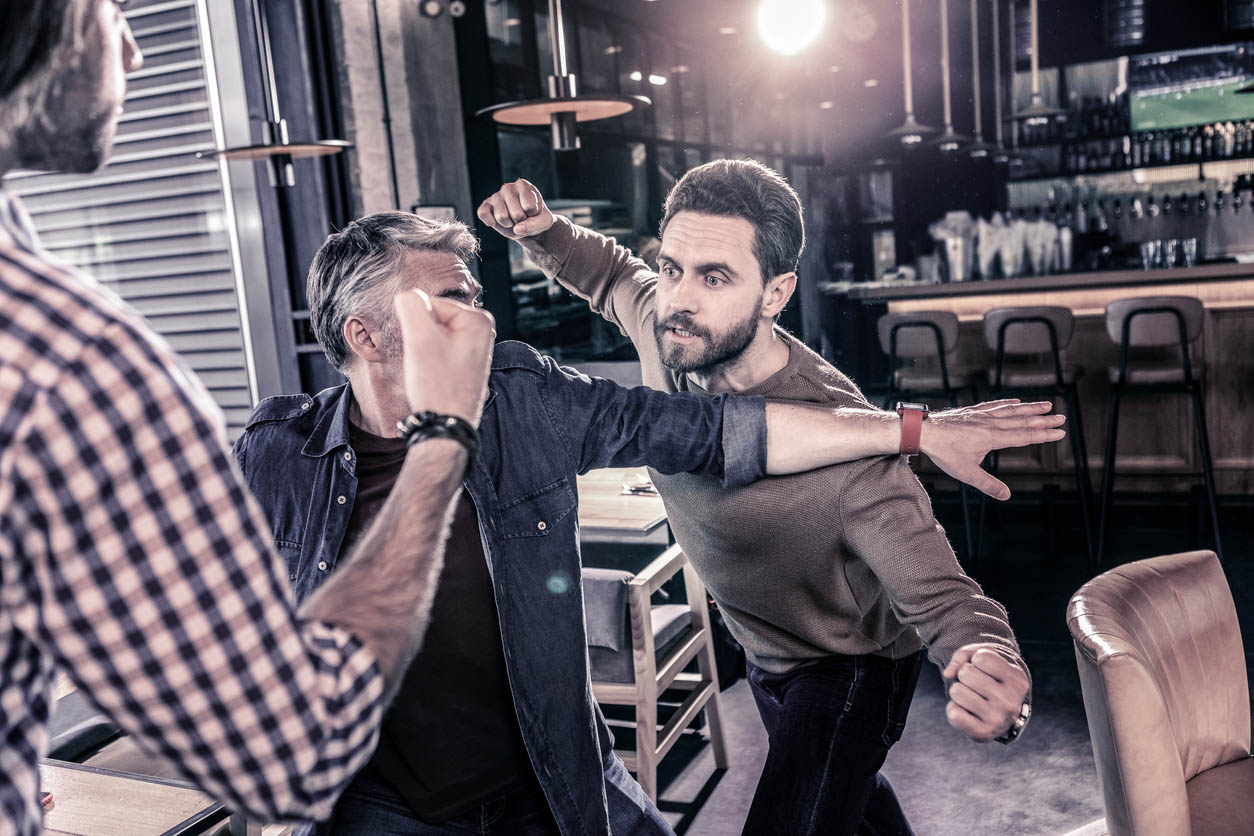 If a gay or straight loses their preferred sexual partner for the night, get ready for an epic temper tantrum. He will get obnoxiously drunk, start a scene, or simply cockblock his fornicator friends. The most “confident” and “masculine” of fornicators act like outright children when the hole they thought was secured for the night slips through their grasp. Not only do fornicators have no self-control over their body but also their emotions.

A society of homosexual fornicators, flaunting their behavior in public, can’t be achieved without first having a society of heterosexual fornicators. Both go hand in hand to divide and destroy both sexes while preventing the creation of families. More severely, fornication separates you from God and destroys your soul, one casual hook-up at a time. It pains me to think of how deceived I was to partake in this evil for so long.

Fun Fact: the guy and 2 girls on the first photo are all from Novi Sad:)

even Serbia , is now multi kulti ..

Yes. If Christians want to criticizes homosexual act that should apply the same standard to fornicating, pedophilia and pornography viewing as well.

What is your religion anyway but a morality play in which you try to be a little better than the person down the street?