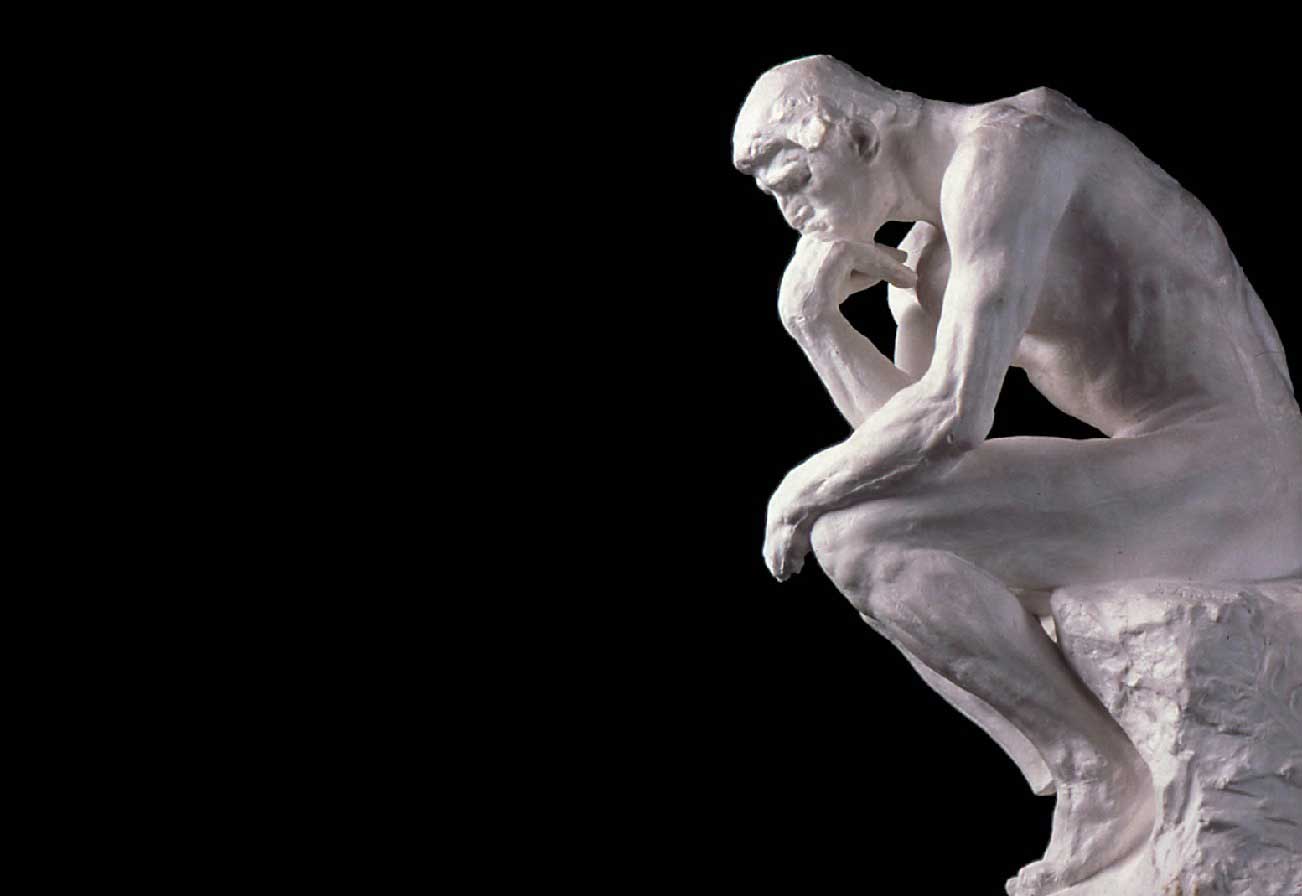 I explain four things I learned in 2017.

Watch Next: She’s Too Busy For You

1ST part re. relationship w/chick. It’s funny, people have said I take the tenants of the (your) neomasculine concept too far. In fact, a few girls I’ve dated have visited these sites and none of them can stomach what’s said here. And IDGAF. My last 1+ year relationship had a “religious” background. And I’m saying this with no misunderstanding, the latest trend for shady women who want to appear clean and flawless, is to become involved in once-respectable communities like churches. I can’t view any woman I meet in the West, or with any western traits, as anything other than a deceptive liar who’s never to be trusted. I realized in 2017, it doesn’t take “signs,” but just 1 small sign that would normally fly over an experienced player’s head, when it comes to any longevity in a relationship.

The reality of ROI is what’s changing shit majorly. MGTOW or not, any man has to ask himself, at what point is it worth it, or not. The point of diminishing returns varies for each guy, but that point has certainly gotten worse. People are also becoming horrible at basic communication…. like, everyone is getting more awkward – probably the influence of tech as toys, instead of tech as tools.

thats a black pill mindset to a ‘T’, yes?

not having a go btw.

Where’s the link you mention?

Despite some personal setbacks 2017 was a good year. May be the Trump Effect.

It ends on a high note for me after I attained lucrative work using my trademark Employment Game tactics. To concentrate on my new job I am removing distractions and will turn off my blog light until I get canned again. So for the next few days interested readers can get a free unabridged copy of my book which is due for revision based on my recent work-search experiences. You can find it all here :

Roosh you said “Politics is futile”. Really you don’t have to be a politician to effect policy or culture. In fact a writer can leave more of an imprint on society. In politics you have celebrities and even ice skaters run for office who don’t even have an inkling of what the word politics means. It comes from the root word ‘pol’ as in ‘people’ or ‘pol’ as in police. Politicians run because they like to go around ‘peopling’ you might say. Police are bossy bitch ass people but still they like getting dressed in uniform and going around in public ‘peopling’ whether cops know the law or not is secondary. They enjoy the esteem of ‘peopling’ around in shiny corfram shoes while displaying their merit badges.

It’s all about ‘peopling’. I go out peopling sometimes. In a club – are YOU not ‘peopling’? Government is force basically – from the root word ‘govern’. Law and ‘laws’ are the the short order slips that direct a policing arm to go out peopling while forcing you to abide by pages from their law books at the barrel of a gun. Cops are therefore like Jehovah’s Witnesses with guns.

This was a serious ad. Good God what has ‘go girlism’ led to?

Then she announced her ’06 bid for the presidency. Unexpectedly she withdrew from the race to take care of her crippled mother who jumped off a bulding while off her meds.

But as for effecting culture for the better, a creative person can use their creative works to have more sway and influence over a culture than a politician, whereas politicians within the big political party machines are more like mobsters and schemers in how they operate. Morally they’re carbon copies of Mary Carey. They tow the party line first and politico mobsters aren’t very creative. Their books are crap and the most powerful mobster politicos, especially Democrats have no spatial or artistic ability. They draw elementary school level stick people pictures to illustrate their sneaky plots. I’ve always argued that artistic ability should be factored into IQ tests. A lot of fat cigar puffing mob bosses and shitlib congresspersons can barely draw stick people.

So don’t be so quick to resign from the idea of politics Roosh. Mary Carey ran by the seat of her panties as independent, no big party machine backing. Though she lost, she still got boo koo’s of publicity and exposure basically. Was it a stunt? Surely Roosh you could be more on point than Mary Carey who had her little hamster set on a fantasy that pushes the card so far that democracy itself has to be redefined.

Normally I’d say me politics – no way. Then I see a flyer under my windshield wiper with some stripper running for mayor over ME and MY family in MY town? You bet me and all my chums would get together and call it an independent party and start flipping coins to see who runs. It’s good exercize for the frame and mind to serve a term at something and it pays better than jury duty in most cases.

I disagree on one thing hugely. Trump makes difference with 2nd amendment ! That is the most important issue by far.

Immigration is more important — if the Republicans cave an “amnesty” and/or “dreamers”, they instantly give the Democrats millions more votes and are then permanently *fucked* on EVERY issue, and America goes straight down the toilet.

2ND AMENDMENT IS ALL IMPORTANT !

Also, I do miss some of the discus ROK community.

God dude, good overview man, I gotta say though, I’m having a hard time pulling the trigger on getting into crypto – seems like a pyramid or ponzi scheme:

“If I buy bitcoin today, it will be more valuable tomorrow because others have bought it at a higher price. As an existing “investor,” I am benefitting from others getting in. Meanwhile, what I’m actually owning is a bitcoin. Don’t get me wrong, bitcoin is valuable, but it’s not worth $10,000 per coin, or even $1,000 per coin. It’s a currency. It’s not Amazon or Apple stock.”

Man can you calm my nerves about jumpin into the cyrto pond, I want to, but shit seems sort of sketch. I can ‘cash out’ into US currency correct?

And I guess side note on game, yeah man, its not getting any easier, gunna end up with a lot of girls who miss the chance to have babies. Anyways goodluck going into 2018 man.

Dear Roosh, please, do not keep digital money too much, be aware that in the near future, internet will be fully controlled, now “they” want people to buy digital money selling the hope to get rich!, it’s a scam! it’s just another way to steal your money in the near future and since there is ANYONE you can blame due the virtual money nature, you are fucked up!

please, do not invest in digital money! once they will lock internet, all those digital money will be useless and unclaimable!

I may not agree with all your narratives but I do admire how you managed to create a niche on the Internet for your creativity. A famous predecessor that you share so many qualities with famously replied to critics of his work that “Fools are my theme, let satire be my song.”

Mr V you are a most complex man and nothing is what it seems with you.

I may want to know the answers deep down, but then I may be disillusioned by the reality. You are “ a villain” who inspires me and I rather have the feast of my imagination to push me to write each chapter but yes a part me craves to know if you are anything like my protagonist?

Perhaps before my submission I may have the courage to ask you to read my final draft.At the very least you may find it amusing.
One thing I know for certain is that you are a brilliant writer. I am more Harlequin quality than Byron unfortunately.

The fourth learning is pretty significant: game is definitely getting harder, even though it is pretty hard to being with. Roosh nailed it, by identifying the smart phone as a game changer. Girls can simply post a selfie onto Facebook, or nowadays, Instagram and other platforms, and then they instantly get likes and compliments from plenty of guys. There is not need to go out to meet guys.

We are looking forward to new innovations in picking up. I don’t think game is possible anymore. We need something new. If there is anyone who can figure this out, it would be Roosh, or some younger version of Roosh, some guy like that in his 20s looking for a new way to break out of the lackluster results of game.

There is a longer term trend that is scary for young guys looking to pick up or even to find a relationship. This trend is the increasing tendency of women to disregard relationships, dating, and even sex.

Literature is a good prognosticator of the future, because it addresses fundamental cultural themes and trends. Ever read Atomised (also called The Elementary Particles) by Michel Houellebecq? Women can slut it up for their own hedonistic pleasure, leaving a trail of destruction behind them, unrepentant to the end. The guys are damaged to various extremes. In the end, the molecular biologist and unfortunate son of his slutty mom discovers the principals of asexual reproduction, leaving a bleak future where women live alone on the planet and reproduce on their own. The future will not be like this, but I already see it being shaped by underlying themes in the book. Check it out.

The Anti-Gnostic
Reply to  Danny

“Girls can simply post a selfie onto Facebook, or nowadays, Instagram and
other platforms, and then they instantly get likes and compliments from
plenty of guys. There is not need to go out to meet guys.”

Of course girls today in droves go out to meet guys. They get those “likes” and then have face to face interactions.

The use of game continues today, and it is probable for men to get the desired results.

“This trend is the increasing tendency of women to disregard relationships, dating, and even sex.”

Any hard data to support your assertion?

“Women can slut it up for their own hedonistic pleasure, leaving a trail of destruction behind them, unrepentant to the end.”

You meant to say women and men have sex outside of marriage, or hook up relentlessly, for their own carnal desires, leaving in their wake broken down men and women who foolishly chose someone incapable of having a meaningful relationship.

Roosh, they seem nice over there and they’re easier in many aspects but as soon as you start to expect long term commitments, they fail miserably. This will repeat itself.