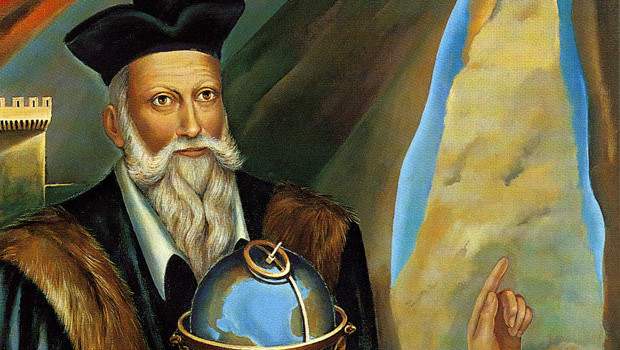 The scales are tipping in our favor. In 2014, the only mainstream resistance I could identify with was gamergate, but in 2015 not only did gamergate grow in size and become a sort of media watchdog, but Donald Trump showered the masses with pro-masculine ideas while the cuckservative meme rattled the “conservative” establishment. In addition, thanks to the help of many of you, we were able to humiliate thousands of SJW’s in Canada alongside mayors and politicians by defying their demand to not hold lectures there. If you look back to 2012 and 2013, there was no real victory we could claim, but they are now starting to pile up.

For 2016, we’ll see several more clashes with the mainstream, though we may take heavier casualties in some battles as the enemy is well aware of our growing strength. Here are some important trends to look for:

Once summer hits, and the migrants get back in their George Soros Lifeboats ™ to head for the European mainland, expect a nationalist movement to be created seemingly out of thin air from individuals who didn’t previously consider themselves to be nationalists.

Blue pill Westerners go along with multiculturalism because it makes them feel moral and warm on the inside, but only if it doesn’t decrease the satisfaction of their lives or their standard of living. Once that starts to occur—and it will—they will jump ship and support a nationalist movement. Look not only in Germany and Sweden for this to happen, but also Austria, Denmark, and the Netherlands.

Social Justice Warriors served as fine useful idiots for the past several years, but they have begun lashing out against the hands that feed them. Two recent instances that come to mind is Chicago SJW’s demanding the resignation of Democratic mayor Rahm Emmanuel and a British university students trying to ban an establishment feminist from speaking.

The SJW’s in the media and government will start to sabotage and mock the “extreme SJW’s” on the ground whom they can no longer control, suddenly remembering concepts like free speech and due process which they neglected when implanting themselves in their march through the institutions. Both groups will distract each other with battles that achieve nothing. I will absolutely not aid establishment SJW’s defeat their little Frankensteins, likely starting with the Black Lives Matter movement, which will be dismantled in similar fashion as Occupy Wall Street in the second half of 2016.

While SJW influence is still strong, and will continue to persecute innocent individuals who stand against them, their power peaked in early 2015. Between 2010-2014, they saw nonstop victories, but now infighting between themselves and a resurgent resistance will weaken them greatly.

There is no way they will let Trump win. Now that they know the media alone is unable to stop him, they will simply get a mainstream Republican to run as an Independent to ensure Hillary wins. Even if that Independent candidate only siphons 5% of the vote, it will be enough to ensure that Trump loses based on the current voting demographic. The only chance Trump has is if communist Bernie Sanders runs as an Independent, which is very possible since the old man knows that this is his last shot at being president for a Democratic establishment that has begun pulling the strings against him.

Trump losing would not be a total loss for us, because it would awaken millions of people to the corruption of the media and establishment parties while setting the stage for future politicians to use Trump’s campaign as a template for local elections. Those politicians could some day challenge Federal power. Maybe some of you will take his platform and run for local office.

Mainstream entertainment, particularly movies, will become intolerable to watch as Hollywood writers jam in every politically correct trope they can find. There will be a moment, which I have already personally experienced, where you can’t watch any new movie made in America.

I was on a trans-Atlantic flight recently and attempted to watch the new Mad Max movie. There was nothing shocking in it compared to other recent politically correct films, but the part I had to shut it off was when Max failed to fire a gun with correct aim and needed help from a female, who proceeded to hit the target in one shot. Fake. After turning off my screen in disgust, I got into a conversation with my seatmate, a 65 year old woman. Hollywood has gotten so bad that talking to an elderly person was more entertaining than the tripe they put out.

As a man who still likes a good story, I find myself without movie options, especially since I’ve seen many of the masculine classics. We may reach a point in the next year or two where it becomes financially viable for us to produce independent films.

It’s fun to make predictions because when you’re right, you feel an ego boost after announcing to the world that you are like Nostradamus, but the trends I noted above are mere logical continuations from what we have been seeing in the past two years. Of course history does not operate on a straight line, but I’d confidently bet on the above.

Either way, the culture war will certainly get more intense. I had one big fight this year, and for the next year, I’m prepared to fight several more. I hope you are as ready as I am.