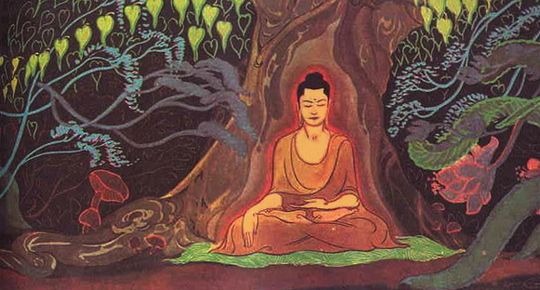 Siddhartha is one of the first novels that introduced Buddhism to Western audiences. Written in 1922 by Hermann Hesse, it is a fast read about a man who seeks enlightenment through alternating paths of asceticism and hedonism.

Man imitates, but does not understand

A thousand disciples hear his teachings every day, and follow his regulations every hour, but they are all falling leaves; they do not possess the doctrine and the law within themselves.

Your current situation is transitory

Wisdom cannot be learned, only experienced

Wisdom cannot be imparted. Wisdom that a wise man attempts to impart always sounds like foolishness.

You are but a small part of the whole

I learned from my body and my soul that I was in great need of sin; I needed sensual pleasures, the ambition for possessions, vanity, and I needed the most humiliating despair in order to learn how to give up my resistance, in order to learn how to love the world, in order to cease comparing it with some world of my wishes or my imagination, with some type of perfection that I had concocted, but to leave it the way it is, to love it, and to be a part of it gladly.

Life is meant to be lived

Words do no good to the secret meaning; everything always immediately becomes a little different when you express it, a little falsified, a little foolish.

A man must enjoy his own treasure

I am also perfectly contented that one person’s treasure of wisdom always sounds like foolishness to someone else.

Siddhartha was a pleasant book that put many Buddhist practices into story form. I recommend it if you’re interested in Eastern philosophy.