Most women you meet are in a state of rebellion. They have rejected the natural order and God, along with the notion of biological sex roles. While in rebellion, a woman will not respect the authority of a man or submit to him for long. Such a woman will be the source of great misfortune and heartache. Below are the most common signs that a woman is in rebellion.

She rejects the natural state of her body 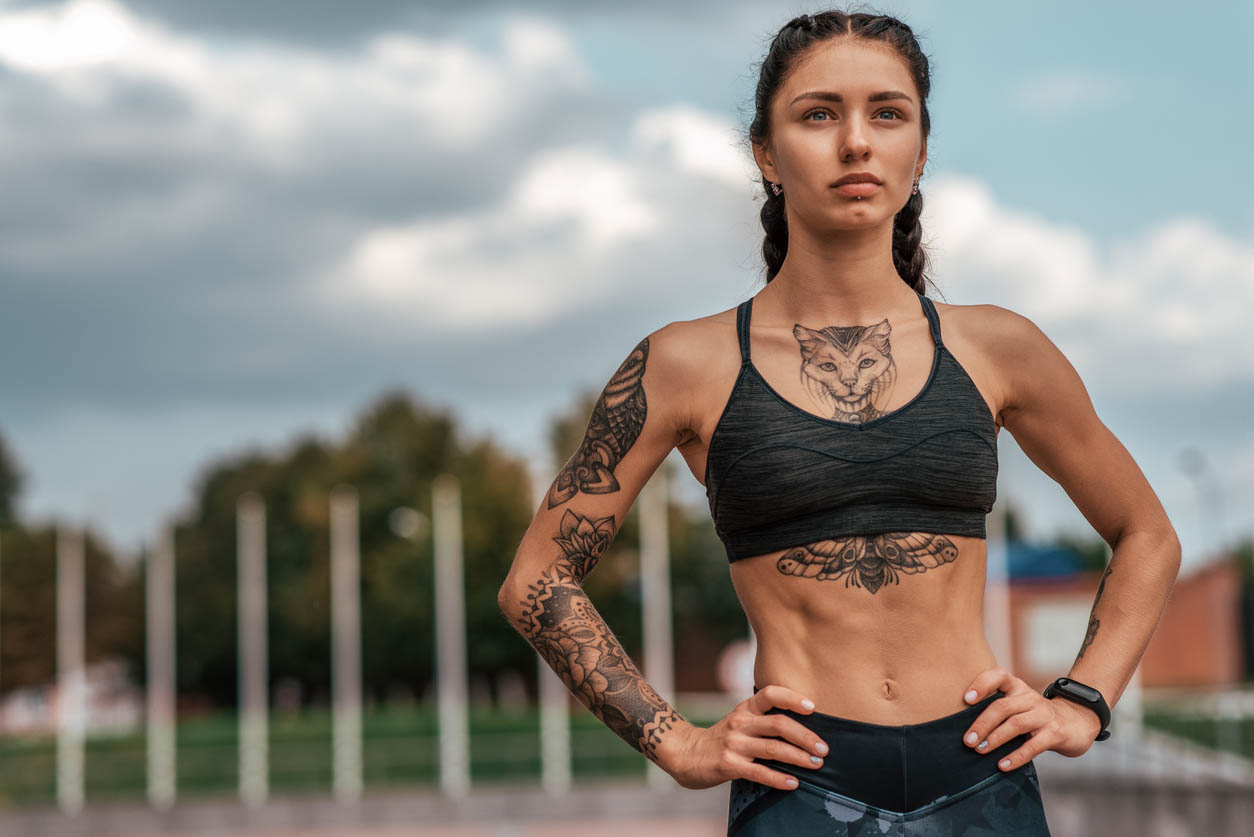 In the early stages of rejecting her body, a girl will apply profuse makeup, dye her hair, or pierce her body in areas besides the earlobe. Still unsatisfied—and there is no other option for her to be unsatisfied when rejecting God’s gift—she will then adorn herself with fake nails, eyelashes, and even eyebrows. Almost always, rebellion against her natural beauty takes the form of adopting plastic beauty that is cultivated, advertised, and sold by corporations and the medical industry. Adopting their commercial wares may get her more likes on Instagram, but decreases her overall beauty to any man who is not in rebellion himself.

In the middle stage of bodily rejection, she will get tattoos, which she believes are righteous because it increases the amount of attention and therefore dopamine she receives. In later stages, she will undergo plastic surgery, particularly when it comes to fillers in her lips or botox in her forehead and cheeks. Since rebellion is eternal, she will not know when to stop modifying her body.

Obese women are in indirect rebellion from being in a state of gluttony, one of the seven deadly sins. Their proclamation of “beauty at any size” is intended more as a comforting rationalization than an attempt to attack God, but the end result is the same: she refuses the natural body she was given and morphs into a different creation. 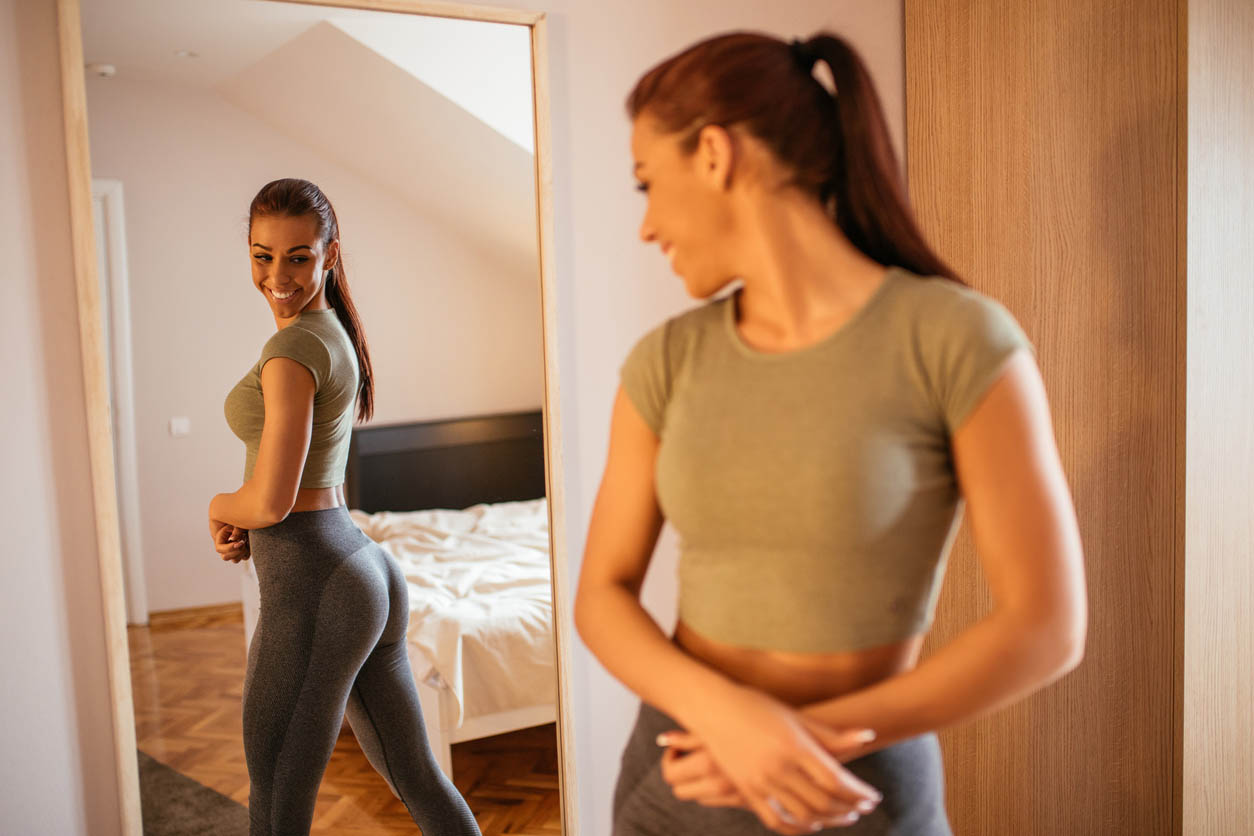 The rebellious woman wants to be seen as a goddess or queen, and may even use those terms to describe herself. She wants to be worshipped by men and admired by women. The quality of those who worship her is less important than the quantity: her goal is to increase the number of individuals who admire her or “follow” her on social media platforms, because it provides an objective number to her goddess-like status that can be compared to others (the analog for men is sexual notch count). To learn how to be a goddess, women will eagerly follow other popular women on Instagram, mimic them, and drool over the prospect of being as popular as them. She soon becomes addicted to compliments of her appearance.

In the past, a woman would morph into “goddess” mode when entering a nightclub. She would put on a haughty mask and look down on any merely average male who wanted to talk to her. This was only temporary, and she would morph back into normalcy the following day, but we are now entering a time where goddess mode is more-or-less permanent. She really believes that she is more important than other men and women because of her artificial beauty, trendy style, or follower count. Who are you to disturb her? Don’t you know she has 900 followers on Instagram?

She rejects her traditions, countrymen, hometown, or nation 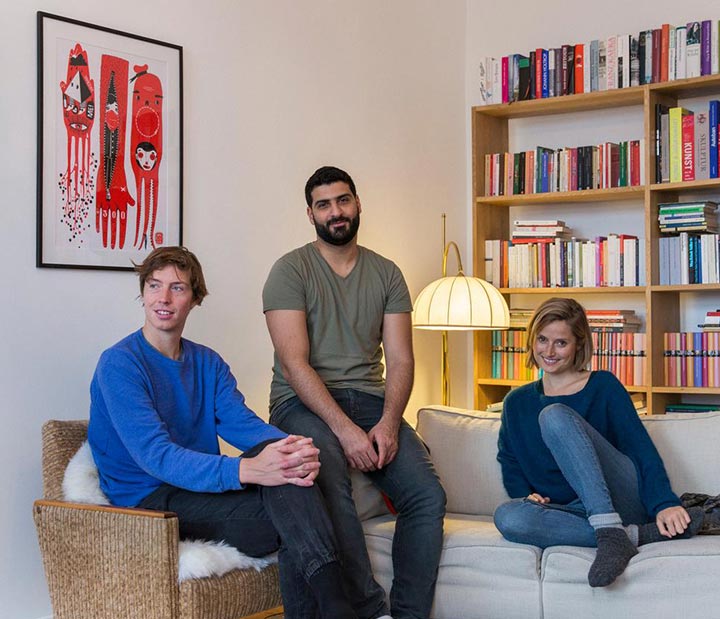 A woman in rebellion will be eager to run away from who she is. If she was born a Christian, she will take up yoga or be sympathetic to Islam. If she’s German, she will bring home to mom and dad an African man named Mutambo who arrived to Europe by boat. If she’s from a rural Midwestern town, she will escape to Miami or New York City. A manifestation of rebellion is to seek out the extremes, far away from what is familiar.

Whenever a woman from a foreign country slept with me, she was passing up on countless of her native men—men who shared her traditions, language, and religion, and who would make a far better long-term partner than I could. In some cases, she was directly cheating on a native man with me, her enabler and tempter. Fornicating with me was a way to reject those men and the country of her father. It’s no surprise that many foreign women I’ve slept with possess multiple rebellious qualities. While abroad, I adopted the view that if a foreign woman was quick to sleep with me, she couldn’t possibly be a suitable long-term partner.

She prefers the virtual over the real 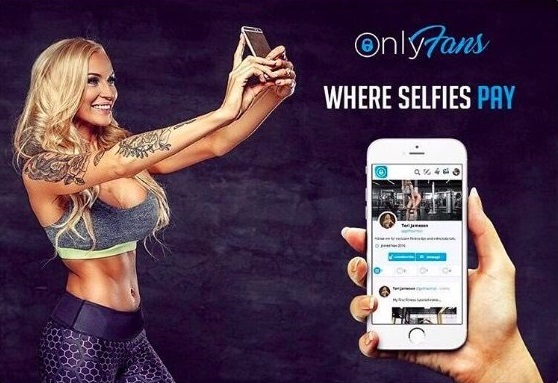 It’s hard to carry out a successful rebellion while fixed in the real world. There is a physical limit to how many men a woman can interact with at any time. There are bodily flaws that can’t be hidden no matter how much work is done to conceal them. But in the online world, anything is possible. She can be perceived as a goddess from a shockingly high number of men who covet her photoshopped images taken at angles that camouflage her flaws. She can easily play out the fantasy of who she wants to be.

The people who buy her online fantasy—and this is increasingly happening in the literal sense of men paying money for access to her lewd content—are often ones who are in a state of rebellion themselves. The virtual world allows fools to fool other fools. Women are very hesitant to create real-life relationships as opposed to ones in the virtual world because then she might be found out. This is why so many women will spend hours on online dating apps, soaking up the attention that makes her feel like a goddess, but go on sparingly few dates.

She has completely divorced sex from reproduction

The way a girl in rebellion believes she will achieve enlightenment is through her vagina or anus. She owns several sex toys and masturbates to them often. She believes being penetrated by a sexy man who doesn’t love her will fulfill her or make her happy, but as sexy as that man may be, she fears being impregnated by him because her career is not yet “established.” She has been on birth control since she was a teenager and is in favor of abortion.

She takes pride in being confident when it comes to sleeping with random men, but since such an act is not something that God allows her to do naturally, she must drug herself with alcohol or pills and be egged on by her girlfriends. After sex, she mimics the behavior of men by bragging about her “conquest.” While a woman with multiple sex partners may seem staunchly heterosexual, she begins to take on the demeanor of a man, because when you’re in rebellion, you adopt traits that exist in the opposite sex. (Men who sleep with a lot of women are profuse conversationalists with high social calibration, traits that are normally possessed by women.) 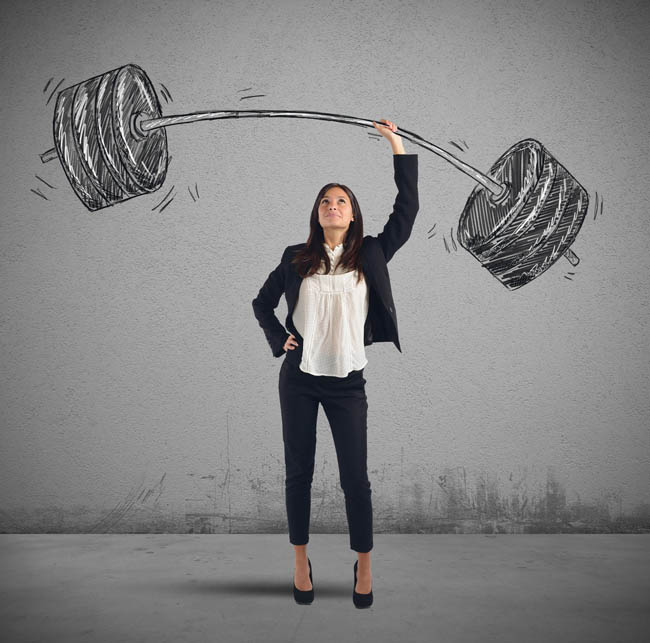 God created Adam. God saw that Adam could use companionship, so He created Eve from the substance of Adam. God intended Eve to submit to Adam who then submits to God. While God gives equal blessings to men and women, he intended for women to follow the authority of men. Women in rebellion barely respect men, let alone follow them. They won’t listen to their fathers, their boyfriends, or their husbands, and will only fake submission for a short period of time when they want to deceive a man to gain a material reward. They believe that through their own knowledge and confidence, they are deciders of their fate and must only follow the result of their feelings and unseen demonic influences.

If you get involved with a woman in rebellion, you will have to suffer her punishment, just like how Adam following Eve into sin caused him to be condemned alongside her. You cannot isolate the pleasure you experience from a bad woman without also enduring the negative effects of deceit, lies, cheating, and other forms of manipulation. If a man can’t find a suitable woman, he is better off alone, because at least that fate will not lead to spiritual death as it did for Adam. 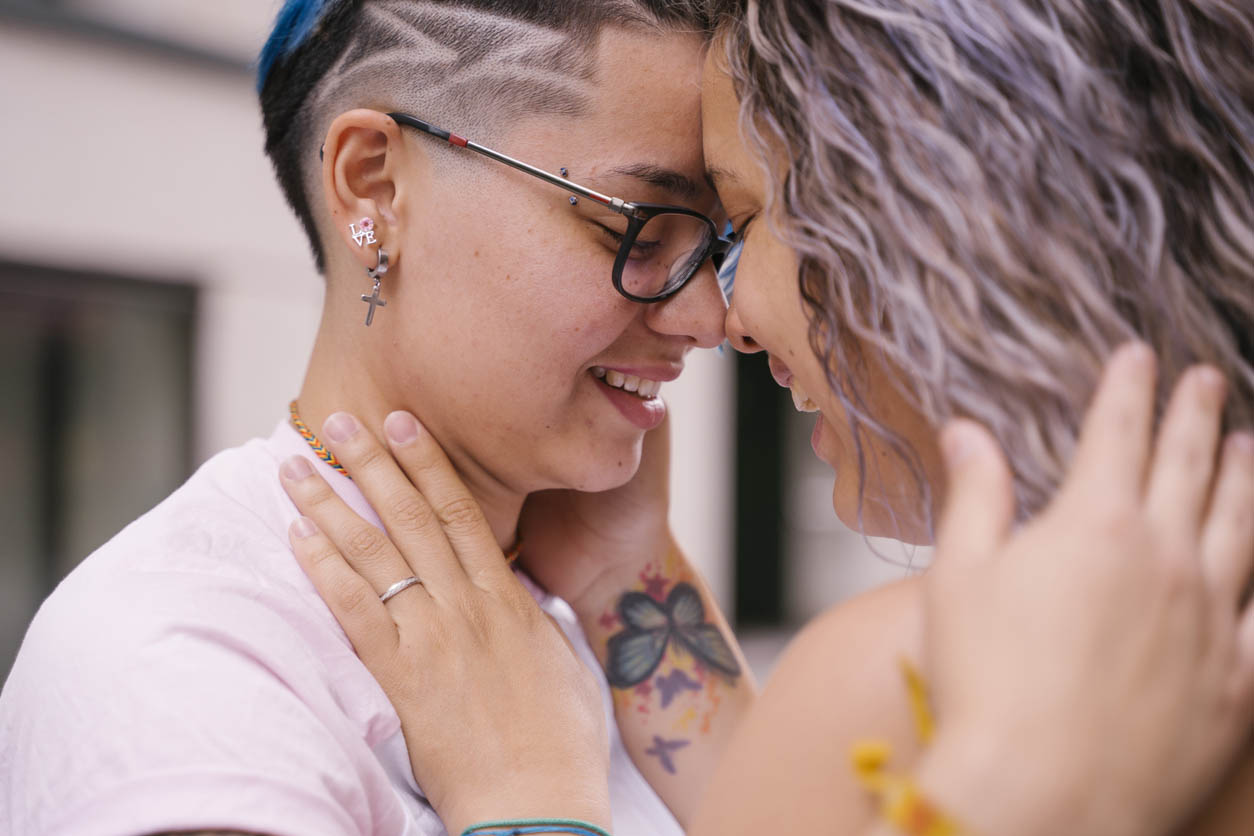 It may seem “hot” when you see two attractive girls in a bar, but such situational bisexuality is an effort to spite God to receive attention. Indeed, stay away from harlots you only noticed because they were committing a severe act of rebellion.

If a girl is rebelling against God, her Creator, she will rebel against you. It’s not a matter of if, but when. Many men foolishly think they can tame a rebellious woman, but this is the same as thinking you can tame Satan himself. It’s fine if a girl who chooses against rebellion requires additional guidance or knowledge from you to stay out of rebellion, but if she’s in active rebellion, I suggest you run away unless she humbles herself before God and repents.

Most men are tempted to extract casual sex from a girl in rebellion, since she so freely gives it up, but understand that that sex act will not be free, and may haunt you for years to come while risking your salvation. Currently, I am single and can walk with Christ in peace, so I don’t feel compelled to take a risk on a woman who spits on God and sees herself as a goddess. Choose the women of your life very carefully, because your very soul may depend on it.

Read Next: Not Every Woman Wants To Use Men For Attention Or Sleep Around