If we wanted to measure the morality of a culture, what would be the best way to do so? Some may suggest looking at statistics of crime or drug use. Others would tell you to look at divorce rates, church participation, or births that take place out-of-wedlock. Many of these would provide a good clue as to the health of a culture, but even some atheists would agree that a thorough measure would be to stack up the culture against the seven deadly sins, which were introduced into the Christian faith to help its adherents avoid sin. If you use this yardstick on American culture, it’s hard not to conclude that it is indeed the most degenerate in the world.

Lust or lechery is an intense desire. It is a general term for desire. Therefore lust could involve the intense desire of money, food, fame, power, or sex. 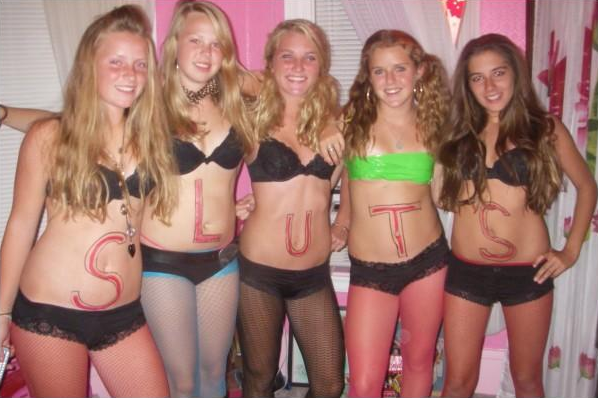 Right now, there are thousands of intelligent teenage boys who dream of becoming a rock star instead of a doctor or engineer. There are teenage girls uploading selfies to Facebook and Instagram in the hopes of gaining attention instead of seeking out a good man in her prime fertile years. There are morbidly obese individuals stuffing their face with food made dense with sugar and fat even though their body does not require it. There are men whose lives revolve around the accumulation of material possessions or status badges to impress women who have been trained to become drawn into anything that shines or sparkles.

The foundation of America is held up by the five pillars of lust: money, food, fame, power, and sex. These vices have been monetized by multi-national corporations to ensure they get a slice of the pie in your destructive journey towards moral abasement. There is no other country in the world that makes lust such a daily and all-encompassing feature of life than America.

…over-indulgent and over-consumption of anything to the point of waste… it could also include an obsessive anticipation of meals, and the constant eating of delicacies and excessively costly foods. 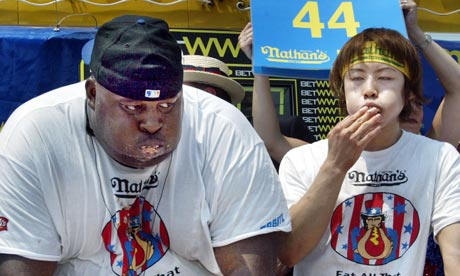 America is the fattest developed country in the world. Over half of the population is medically overweight with no concern on how this affects their appearance and what it says about their character. People eat when they are not hungry, and then they eat some more, the richest and most unhealthy foods that have ever bee constructed. They look in the mirror and instead of accepting that they’ve transmorphed into a monstrosity of a human being, they scream at you for shaming them and pointing out their horrendous gluttony. They’re actually healthy, we’re told, even though their immense carriage prevents them from fitting in a standard airplane seat.

Self-control is becoming so rare that those who have it could likely be diagnosed as having obsessive-compulsive disorder. You only live once, they say, so the rule is to seek out your fleeting moment of happiness in a large piece of chocolate cake, after you’ve already eaten a meal fit for two.

…a very excessive or rapacious desire and pursuit of material possessions… greed is an inordinate desire to acquire or possess more than one needs, especially with respect to material wealth

Americans don’t judge themselves based on their experience and knowledge—they judge themselves based on theirs possessions. They proudly display their newest gadget, their fancy car, or the latest fashion, but even with these objects, they become quickly disappointed and feel compelled to make another trip to the mall or Amazon.com. They seek to gain more and more, racing with their peers to be the most mindless and robotic with their consumption, hoping corporate products fill their empty lives.

They want to feel rich and important through objects they can touch and show to others, not through any wisdom they’ve attained from living life deliberately. Their lives are dedicated not to making a positive difference, not to leaving this world with something that helps the next generation, but leaving behind a McMansion full of crap. Americans don’t work to live—they work to stuff their home with Chinese-made products that no one will want after they die.

While sloth is sometimes defined as physical laziness, spiritual laziness is emphasized.

Sloth has also been defined as a failure to do things that one should do. 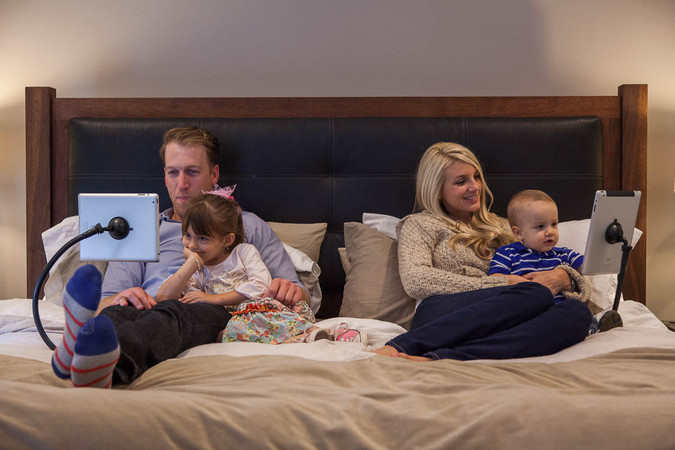 Americans work long hours in their cubicle job so that they can spend most of their time off with mindless, loony pursuits. A man or woman in their prime will slave away 50 hours a week in a job to buy things they don’t need and entertain themselves with electronics, trendy dining, and fornication. Only after many continuous years of pursuing nonstop fornication have I realized that it was not the path to personal fulfillment that I thought (but it was a path to the truth I attempt to speak now).

You may laugh at my incorrect assumption, but what else can you expect when the American women I interacted with actually preferred casual sexual encounters that wouldn’t interfere with their career and busy social calendar? Thankfully, my satisfying mini-relationships with foreign women who have not yet been corrupted by American culture has shown me a different path, planting a seed within me to pursue more meaning.

One additional symptom of sloth is entitlement. Is there any other people more entitled than Americans? If you were to distill their mentality in only one word, it would simply be “Gimme!” They believe they are deserving of all the good in life without the introspection, analysis, and strenuous individual labor that success requires. Only in America do you have people majoring in the most childish of majors like communications, sociology, art history, or psychology and then expecting to live out the American dream with a car, apartment, and daily Frappucino habit after wasting four years learning something that you or I could achieve in 3 months with a few trips to the local bookstore. An American is someone who walks on a treadmill for 5 minutes a day on the slowest setting and then wonders why they don’t have a rock-hard six pack and bulging biceps.

…inordinate and uncontrolled feelings of hatred or anger. Wrath, in its purest form, presents with self-destructiveness. 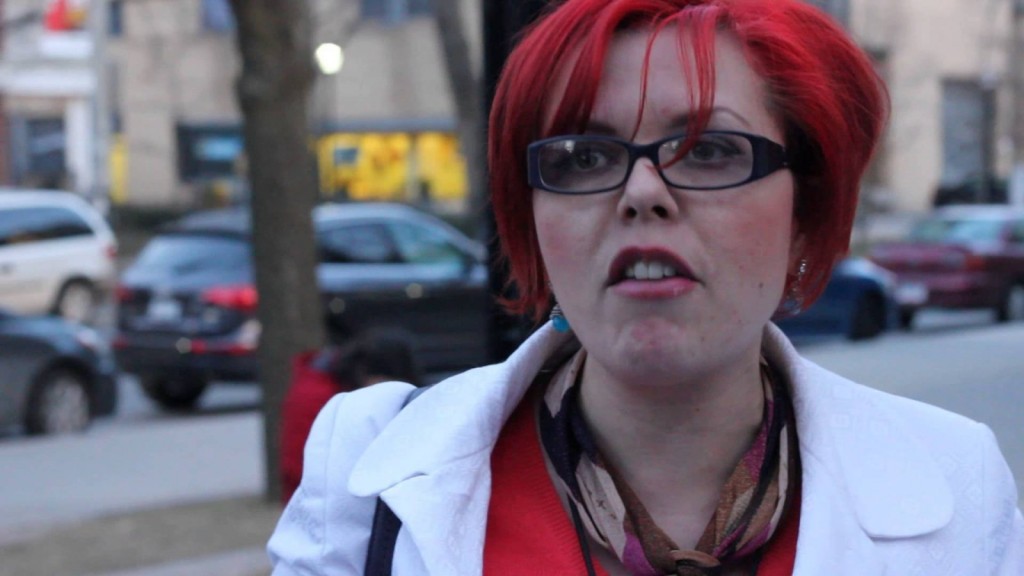 Why do Americans pursue a life of nonstop gluttony, sloth, and lust? Because they believe these vices will provide them with the happiness and meaning they want. But of course it doesn’t, and the only response left for them is the anger and rage of not feeling spiritual or existential fulfillment after becoming a slave to their most primitive and hedonistic desires. Consider that the term “hate reading” was invented in America, where millions of empty people seek out articles that they know will anger them just to feel alive for a few minutes and fill the remaining void left over from their already incessant pursuit of distraction. You can easily view their anger every day on Youtube and Liveleak—videos of public meltdowns, fights, and violence in public places that started for the most trivial of reasons that they were emotionally incapable of brushing off like a well-balanced adult.

An American’s sanity is hanging by a thread, one step away from a full-blown breakdown, of yelling at the Starbucks barista, of attacking someone who stepped on their shoe, or of outright shooting someone with a handgun because of a traffic incident. This is in spite of the fact that Americans are the most medicated in the world with millions of anti-depressant and anti-anxiety pills swallowed every day. A significant percentage of the population needs pharmaceutical chemicals just to keep their rage subdued, just to get through yet another day, and that’s not even enough to keep them sane.

Envy is similar to jealous in that they both feel discontent towards someone’s traits, status, abilities, and rewards. 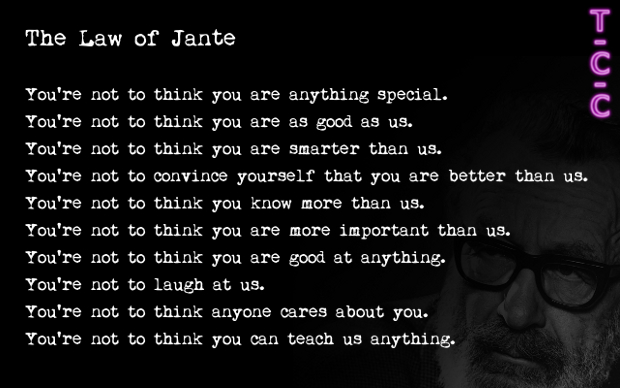 If you want an American to hate you, simply succeed in life. No other country breeds people with such feelings of inferiority to think that another person’s success is their personal failure, as if everything in life is zero-sum. In fact, the phrase “Keeping up with the Jones'” originated in America as a direct result of our envious view upon our neighbor. Envy is a core American value and has been for several generations. Even your family, your flesh and blood, has been poisoned by this mentality and much rather see you stumble than to see you break free from the chains of existential mediocrity to achieve your maximum potential.

While envy is definitely a common human trait, consider that in Scandinavia they possess a cultural code called Jante Law (pictured above) which forbids it. Whether it works or not is up for debate, but they’re at least attempting to subdue it. America, on the other hand, encourages it with a culture of “hating” where every little action of our celebrities, no matter how minor, is placed under the microscope to be ridiculed and mocked. Only in America has envy actually been monetized to the tune of a multi-billion dollar celebrity gossip industry, so profitable because the most reliable way for Americans to feel better about themselves is to see someone fall on their face. Genuine self-improvement is much harder than merely laughing at the misfortune of others.

It is identified as believing that one is essentially better than others, failing to acknowledge the accomplishments of others, and excessive admiration of the personal self. 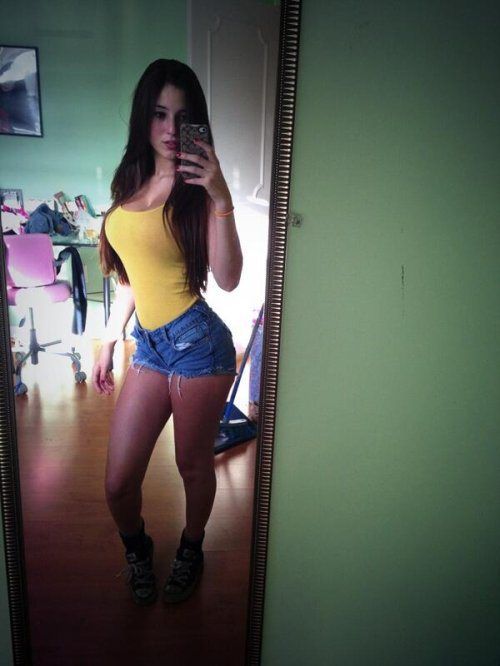 Mirror mirror on the wall, tell me who is the most narcissistic of them all. Tell me who can’t stop themselves from taking a million selfies, from attention whoring all hours of the day, from talking about themselves as if the sun orbited around their center, who exaggerate all accomplishments and brag about the most minor of achievements, who think running a 5k is a noble duty, who eat at fancy new restaurants as a way to brag to their friends, who look down on those who don’t have the right job or the right clothes or the right gadgets, who believe that the laws of human nature can be defeated with Botox and that they are the most unique snowflake of them all. Please tell me who this person is!

Can you name a culture more degenerate than America? Because if you can, I’d like to hear it. I’ve been to over 25 countries and haven’t found one that matches the degeneracy of the West, and the two that come closest, Canada and England, will never rise up to match it. If anything, they are a low fidelity copy of the worst that America has created and nurtured in the past 50 years, a complete abandonment of what it takes to be a virtuous human being. America is a country who trains its subjects to embrace every sin every single day of their lives.

I don’t believe in God, but if I did I would pray every night that He destroys American culture, a soul-sucking leech on over 300 million human beings and countless more outside its borders, a demon that is enslaving human beings to feed their darkest urges and bottomless pits of narcissism, to obsessing over Chinese products and mindless nonstop entertainment, to worshiping at the alter of the government instead of the family, to creating helpless zombies instead of self-reliant individuals, and to equating homosexuality with normality. Please God, let this culture be devoured, even if it means an age of darkness where we must learn from scratch how to be good again.[culturewar]