I’m happy to annouce the release of the expanded edition to A Dead Bat In Paraguay, a little over one year after the initial release. The two major changes are a new cover and a seventeen page epilogue that describes what happened during my second trip to Rio. 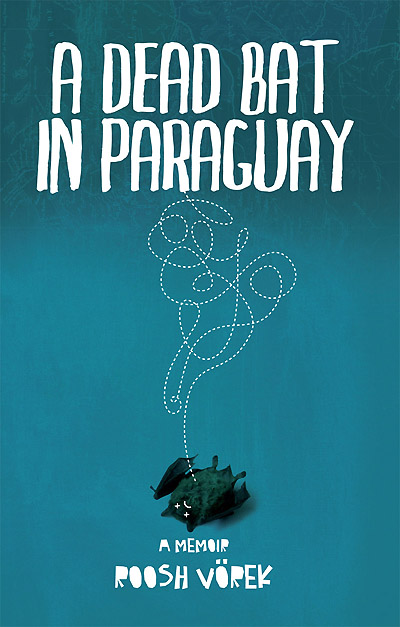 A Dead Bat In Paraguay gets murdered in sales by my other books (even Bang Colombia), but I have much more pride in it than the others. For artists there’s what pays the bills and then there’s what you do because you wanted to share a story. I think this book shows who I really am (the good and the bad) and also the best of whatever writing ability I possess. While not everyone loves it—in fact I’m pleased that women hate it—the feedback I’ve received tells me it has inspired and entertained men, serving its purpose.

Starting tomorrow I’m going to release the epilogue on the blog, primarily for people who already own the book. It digs deeper into a relationship I had the first time around, one that I wanted to continue upon my return to South America. You’ll find out if reality matched my plans.

I asked myself if the epilogue would be considered a spoiler for those who haven’t yet read the entire book. I don’t think so. I feel like the main text and the epilogue can be considered two separate works that complement each other, though reading both would give a more complete picture and allow you to see the changes that I went through from start to end. The only issue is that some characters in the epilogue may seem underdeveloped since they were already introduced in the main text.

If you want to receive the epilogue in one PDF file to print or read on your e-reader, I’ll be sharing it on my email newsletter Wednesday morning. You can sign up below or on this page if you’re not already on the list.

A Dead Bat In Paraguay is available in the following formats: