I went out to Fly recently for a birthday party, ironically on the day I criticized the idea of bottle service. If you don’t live in DC, Fly is one of those generic new clubs that push Grey Goose and orange juice behind velvet ropes. But I have to give the owners credit: the lounge has a cool airplane theme with very attractive flight attendant wait staff. The DJ was taking the crowd through a journey of 90’s hip hop and the bathroom was stocked with thick paper towels.

It’s all nice and good until you get to the patrons: 75% guys giving way too much power to the few girls, most of them were average at best. The hottest ones were dancing on couches with their hands on the fuselage shaking their asses for the men and their fresh barber cuts in the economy section. I noticed everyone is still taking cues from US Weekly and MTV on how to dress, look, and act, and other than my wingman there was no one I wanted to talk to. There wasn’t a single girl there who was worth my opener, something that takes motivation and follow through. 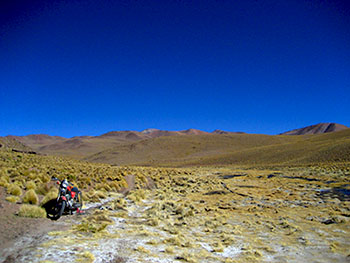 One woman pulled me aside and asked if I was a soccer player. I went along and we talked for a couple minutes, but even in the dim lightning I could tell she wasn’t a day younger than 35. There was nothing wrong with her, but come on. I’m in my prime I shouldn’t have to converse with that. She should just grab my hand and lead me to the bathroom and be done with it. During the day time when the advantage is out of her favor I wouldn’t even notice her existence, but here she is getting plenty of attention.

I end up in Adams Morgan for a while until I decide to have a jumbo slice instead of the usual falafel. It’s been a year… and I see why: it was shit. The cheese came from a crate rejected by Papa Johns and the sauce was a sprinkling of the pale colored juice you drain out from a cheap can of tomatoes. This is the worst pizza I’ve ever eaten in my life. Even worse than the pizza in Bolivia, a place which doesn’t have a single Italian or whoever invented pizza to pass on critical pizza-making knowledge to a generation of pizza makers.

I’m alone and two girls share a table with me, savoring every bite of the worst pizza is the world. They kept saying how good it was. One of them has a look like she’s about to puke on my face and the other has a blob of grease on her half covered breast. Grease breast chatted with me for a couple minutes and asked me how it’s possible I’m single. Because I refuse to go out with girls like you. I felt like a jerk for even thinking it.

Everyone else is shoving dough in their mouth with eyes half closed and loving every minute of it. As I step outside I’m saved from stepping on a gigantic pool of red vomit, a waste of what I’m sure was a fine pasta meal. Twenty minutes later on the subway ride back home I hear a splash and turn around to see a man slumped over three seats away vomiting all over himself. A stupid slut I picked up in a club years back did the same thing but in my car. I remembered looking back and seeing a fountain of pink vomit eject from her mouth and land on her chest and then trickle it’s way to my seat. Americans are fucking disgusting.

I had to take a cab the rest of the way home. This driver was a talker. He asked me about my night and I told him how it’s getting harder to go out. You never think at 22 or 23 you’ll get older and become that guy that rather sit at the bar on a weekday and stare at the wall. Drinking some gold cachaca in a shot glass, making my own personal music mix and maybe getting an hour or two worth of work done is starting to seem more appealing. He asked me if I was an artist.

We talked about girls and he put me on the spot. He asked me to give him one tip that would help him out. It’s been two months since he’s even talked to a girl, and he told me a typical story of a girl he liked that he bought gifts for eventually getting into a relationship with someone else. The pressure was on to help this guy out, and I thought about it for a minute before I answered.

There has to be a point where you’re talking to a girl or interacting with her and you’re about to do something or say something and think… ‘I’m going to lose her.’ But you do it anyway.

He thought about it for ten seconds and thanked me. I hoped I made a difference, but I don’t know for sure. I doubt it.

I had conversations with maybe five girls during the course of the night. But the one with the taxi driver from El Salvador was by far the most interesting and the only one that put a smile on my face after it was done. I shook his hand and wished him luck.