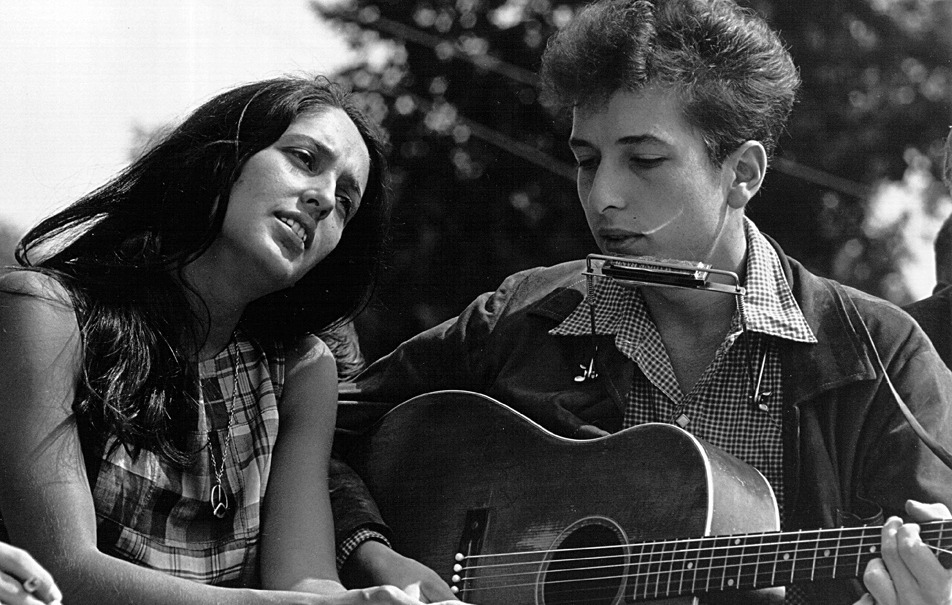 The music industry, alongside the movie industry, has been at the forefront of leftist causes, promoting their agenda through the pop stars of the day. This included Bob Dylan, who was actively involved in the black Civil Rights movement. He produced a song called “The Times They Are A-Changing'” to persuade white people and Congressmen to adopt a far-left agenda to institutionalize white guilt more effectively. While the song was intended as an admonishment to conservatives to get with the times, it can now be re-imagined as a boastful screed against modern liberals.

Come gather ’round people
Wherever you roam
And admit that the waters
Around you have grown
And accept it that soon
You’ll be drenched to the bone
If your time to you
Is worth savin’
Then you better start swimmin’
Or you’ll sink like a stone
For the times they are a-changin’.

Admit that multiculturalism and globalism has failed. These ideologies are not compatible with the nature of humanity, and so it must be discarded before it leads to the ruin of you and your loved ones. There are only two sexes, all races are different, and borders are essential for nations. We gave neo-liberalism a chance, but it has put the world on the precipice of civilizational collapse, after already destroying our souls, and now you must accept that the times are a changing.

Come writers and critics
Who prophesize with your pen
And keep your eyes wide
The chance won’t come again
And don’t speak too soon
For the wheel’s still in spin
And there’s no tellin’ who
That it’s namin’
For the loser now
Will be later to win
For the times they are a-changin’.

For those of you who work in the controlled mainstream media, who betray your nation with every word you type, all for a measly salary, you must accept the will of the American people. Present them with the truth instead of acting as the communist opposition party. In the past, your content controlled the collective minds of the nation, but it has become impotent and ineffective, a laughing stock that makes your job on par with that of being a cocktail waitress. Your power is fading, so raise you right hand to your temple and salute the great flag of America, because the times are a changing.

Come senators, congressmen
Please heed the call
Don’t stand in the doorway
Don’t block up the hall
For he that gets hurt
Will be he who has stalled
There’s a battle outside
And it is ragin’
It’ll soon shake your windows
And rattle your walls
For the times they are a-changin’.

Come mothers and fathers
Throughout the land
And don’t criticize
What you can’t understand
Your sons and your daughters
Are beyond your command
Your old road is
Rapidly agin’
Please get out of the new one
If you can’t lend your hand
For the times they are a-changin’.

Boomer parents, you have failed in the raising of your millennial sons and daughters. You are sending them to universities as children and they’re coming back to you after four years as infants, saddled with tens of thousands of dollars in debt while you suck away the remaining wealth of the nation. This is your failing as much as it is theirs. You have not taught them to be adults, not taught them the ways of tradition, not taught them how to succeed in American society. You have created the biggest class of mentally ill individuals the world has seen, so we demand you make way for those who have been raised right, who know the truth, and whose righteous speech has been heard in spite of you children’s efforts to censor them. Grab your insolent spawn and step aside, because the times are a changing.

While you were crowing about ‘the end of history’ during the Obama era, and salivating at the prospect of a permanent progressive state, we were sharpening our swords and tongues. Your new world order is dead, and the new one will fix the grievous harm you’ve done to society in the false name of virtue and progress. Get on board now or be left in the dust, because the times are a changing, and we’re not going back to how things were.

Thank you Bob Dylan for writing our theme song, and if that wasn’t your intention, too bad, because it’s our song now.

Read Next: John Lennon’s “Imagine” Programmed You To Accept The Globalism Nightmare