At the height of my casual sex phase, when I was sleeping with numerous women per year, I was also attacking feminists and “sluts” with a level of hostility that I wouldn’t use today. Why was I so heated and angry while receiving bountiful sexual pleasure? Shouldn’t I have been praising the type of woman who gave me commitment-free sex? It took me a long time to realize that attacking those women was a way of relieving my guilt from sleeping with other women. I learned that guilt is the worldly debt you must pay when you sleep with strangers, along with many other activities you perform that are normalized in modern society. That guilt is then projected outwardly onto others as anger, distrust, frustration, and hatred.

You are already familiar with a form of guilt that is felt immediately and directly. Your friend is sick in the hospital but you are too busy to visit him. He dies and now you feel guilty. You date a girl for many years who is madly in love with you, but you decide she is not the girl for you. You break up with her and feel guilty. Your pug is ill with cancer and needs expensive treatment that you can barely afford. You forgo treatment, the pug dies, and now you feel guilty. Most people consciously experience guilt in these scenarios. They know the source of their guilt and tear their hair out wondering if they made the right choice, often for the rest of their lives. 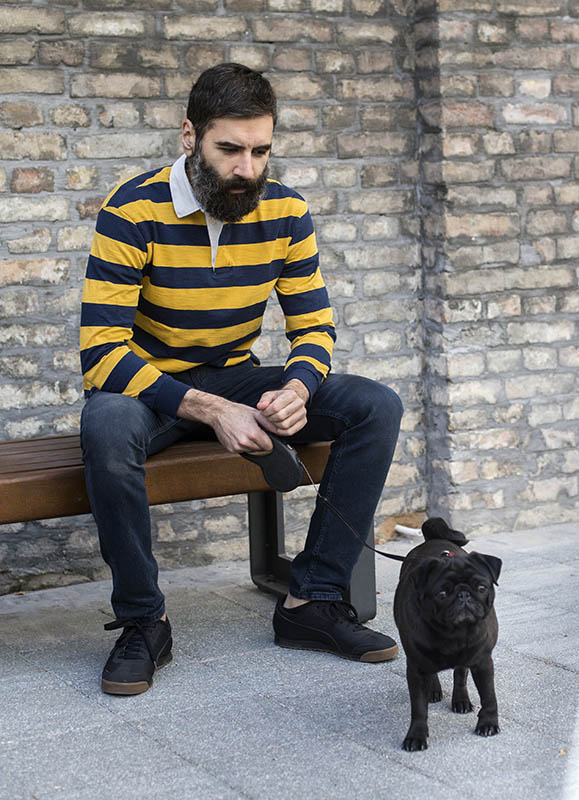 But there is another kind of guilt that you don’t become consciously aware of. It happens when you engage in behavior that goes against the natural order or moral law but which is encouraged, promoted, or enabled by your culture. Sleeping around is the most common example. Outside the confines of love and family, sex is perverse and immoral, because it denies the reproductive aspect of humanity to treat others as masturbatory tools that are used and discarded. Exposing and rubbing your genitals with another person is the most physically intimate act you can perform, but doing so with a stranger creates subconscious guilt, no matter what your belief system or religion. When you consider that people place more care in not touching public door handles than vetting a person they fornicate with, it’s no surprise that societies which have promoted casual sex are awash in massive guilt that must be resolved within or projected without, but since most people are not aware of this specific form of guilt, it is almost always projected.

Subconscious guilt is a form of negative internal pressure that the soul can neither handle nor endure. As if in a game of tag, you must pass on the guilt to someone else, or find a method to dissipate it. This can occur by attacking other people, engaging in combative politics, abusing substances, or seeking a soothing form of ego gratification, often the exact same behavior that is causing the guilt in the first place. It turns out that men who have received sexual pleasure from sluts will then attack sluts for being… sluts. And then to relieve that angst he seeks pleasure with even more sluts, perpetuating the cycle. The type of woman that a man attacks is often one who has given him pleasure (his most accurate insults are reserved for who he knows best).

This phenomenon also happens to women who engage in casual sex. The women who cry most about “toxic masculinity” or “rape culture,” and who believe that sex is a source of empowerment and confidence, are promiscuous or “polyamorous” women who are relieving their guilt. This guilt is especially potent in women because, unlike with men, their scarcity of eggs, shortened window of fertility, and higher bodily investment during pregnancy dictate that they must be more choosy when selecting partners. Most people in the social justice movement are therefore composed of highly promiscuous women living a “liberated” lifestyle and then attacking men for also wanting to live the same lifestyle, just like how I was attacking sluts and feminists while simultaneously sleeping with them. I like to think of myself as an intelligent man, but the fact that I missed this massive blind spot for so many years means that many others are likely missing it as well. 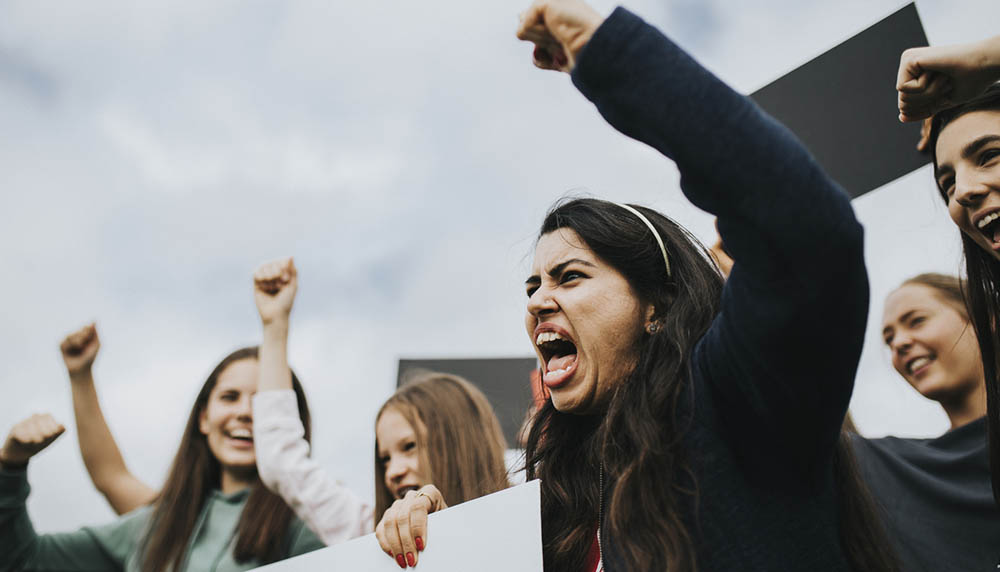 Another example comes from interracial relationships. When a person seeks a partner outside of their race, guilt is created, and that gets projected against the very race they have amorous feelings for. You see this in black, Asian, and Indian women who attack “white privilege” and “white supremacy” while simultaneously dating white men or being attracted to them. Black women who advocate for Black Lives Matter or other racial concerns are almost certainly fornicating with a man who possesses white blood. The same happens to white men. If you want to identify a subset of white men who are disproportionately attracted to Asian women, try an alt-right event. I have to conclude that we are wired to reproduce with a similar race as ourselves, and when we choose not to do that, guilt is created and then projected as race activism.

One form of guilt that I have noticed growing within myself concerns my aging parents. Even though my parents can currently take care of themselves, I realize that they would be happier and more comfortable if I lived closer to them. Unless I permanently move back to the United States, this guilt will grow and then need to be projected. I suspect that the latest trend of attacking boomers is a way for Generation X’ers and millennials to relieve the guilt that is created from not being close to their family. Other behaviors that create guilt are masturbation, especially with the aid of hardcore pornography, and sodomy, which are both direct forms of self-abuse.

Unless you cut off guilt at its source, you will need to vent the pressure through constant projection and creative forms of deviance. Hence the ease at which those riddled by guilt become natural activists. If I didn’t stop having casual sex, I would find new and ingenious ways to insult women. If I soon don’t resolve the guilt of not being close to my parents, I will attack boomerism. Unless a woman becomes more modest and monogamous, she will rail against the “patriarchy” while bragging about her latest abortion. Unless a mixed-race individual makes peace with their identity, they will be the racist they claim to be against. Unfortunately, people continue to perform the behavior that creates the initial feelings of guilt because they are receiving messages in the culture that doing so is acceptable or healthy, but if that was the case, the guilt wouldn’t be there. 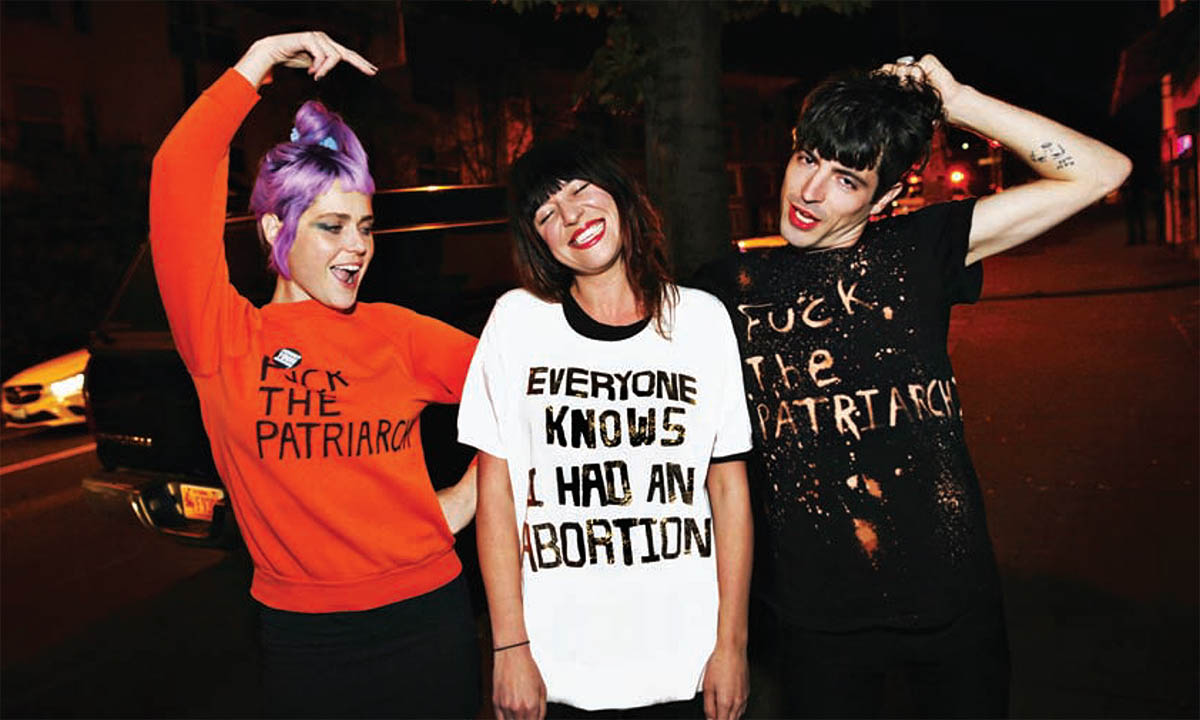 For the longest time, I thought I was just an animal that could “do what thou wilt.” I wanted to sleep around, be “free,” spread my “wings,” experience all I could, and design my own lifestyle in a faraway land, but there are built-in limitations to my existence that have blocked those attempts. If I chose to ignore those limitations and continue transgressing moral law, the subconscious guilt would start controlling me like a parasite controls its host, and I would soon find that my resulting “self” is merely a manifestation of behavior that is not compatible with life as it was created for me.

I believe God has established boundaries for humans that prevent men like myself from eternally sleeping with females like a dog, or doing other behaviors that are so common in the animal world, and it has “only” taken me four decades to understand that. I’m sure I will continue to make mistakes when it comes to sex, relationships, and being the best son to my parents that I can, but at least now I understand the consequence of those mistakes. Every time I look to attack someone or commit an immoral act with the hopes of receiving pleasure, I will have to think long and hard about what guilt I’m trying to relieve.

Read Next: Men Are Wasting Their Time