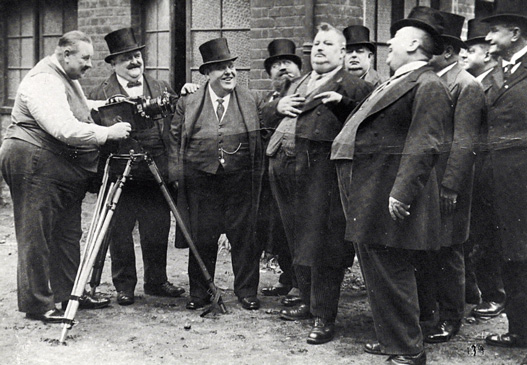 What would women think if we told them who they should find attractive? What if morbidly obese men in the USA declared that they are the male ideal, and then used multiple mainstream media outlets to shame women for not liking men with beer bellies, no muscle mass, low monthly incomes, and bad comb overs? What if this group of fat male writers would also announce that if women liked the opposite of what they deemed attractive, they were “shallow” and “stupid” with no understanding of what a “real” man is?

If this really did occur, women would rightly call the men insane and delusional, arguing that they are free to choose the type of men they want to be attracted to, a choice made either consciously from their current tastes or subconsciously due to genetics that tell them to land the most resourceful and fit men in order to pass on good genes to their offspring. The fat male writers would be shamed and ostracized.

This scenario has not actually happened because most men are not idiots—they know that women are attracted to status, money, bad boys, and good looks, but the same can not be said of women. Through a media effort that at times seems conspiratorial, they are trying to brow-beat men into liking unattractive women. Their agenda scolds men for not liking…

Attraction is not a social construct that can be brainwashed into a man. While taste can be influenced socially, such as whether a man prefers a blonde girl versus a brunette, he still wants a beautiful blonde girl, where beauty is defined objectively through symmetry, facial structure, and those three numbers that compose her body shape. Even black men who like thick girls still want a proportional thick girl who has curves instead of being shaped like a milk jug.

If a white man is accidentally born in a Chinese village without a connection to the outside world, will he grow up to wife up an asymmetrical midget hippopotamus who already has spawn from multiple fathers and is well past her peak fertility? Put another way—would any man in any part of the world prefer such a woman if he could do better? Of course not, and this is why 99% of women would prefer to get inseminated by the genes of Brad Pitt than Danny Devito.

Since you’re a man, you have something called a logic module hardwired into your brain. If something you’re doing is not helping you accomplish a specific goal, you make adjustments to improve your chance of success. American women, who lack this module, instead say that the goal they want should become sentient and drawn to her just because. Her existing behaviors and habits should be enough to give her a lifetime of happiness, and if that happiness is not realized, a man or a culture of patriarchy is to blame.

In the past, women who think like the ones we have to endure today would have had to spend time in mental institutions, but there was a breakout in the asylum and now the crazies want big rewards for just existing while shaming and attacking you for the biological and natural desire for beauty and fertility. And with every ten pounds of weight they gain, their writing takes on a renewed sense of urgency, as if they want to trick just one man into loving them before it’s all too late.

The interesting fact of DNA is that it can’t be persuaded. No matter how many wildebeest and spinsters declare themselves to be worthy of the best men, those men will follow their biological desires. Trying to persuade men what to like will all be for naught, but at least we can point and laugh at the broken and ugly women who suggest it.

Read Next: There’s Only One Way To Know If She’s Attracted To You