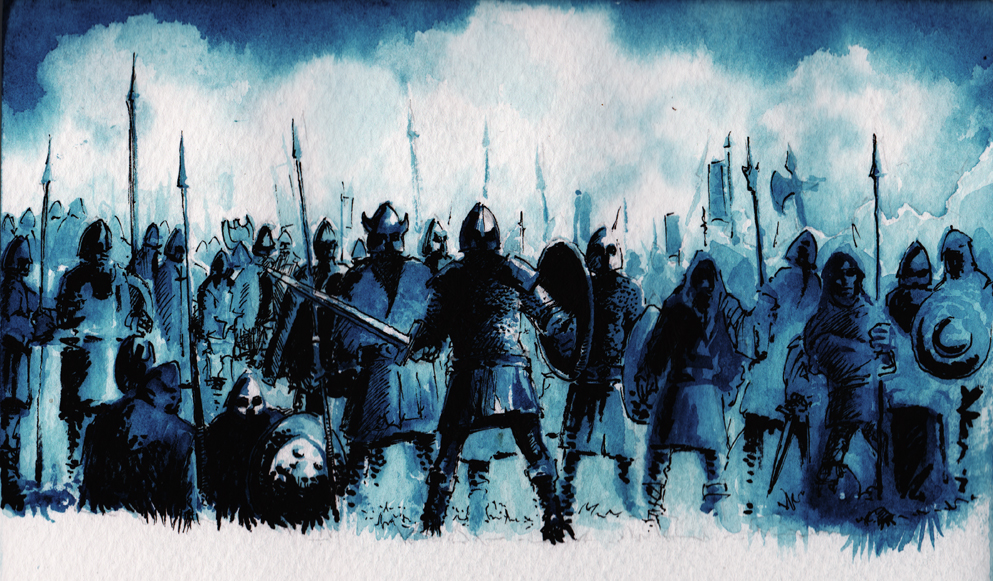 The tribal meeting is only 8 days away. We’re meeting in 43 countries throughout the world at 8PM local time. Over a dozen meeting locations have changed since initial publication so be sure to review the full listing of meeting points along with the meeting protocol.

Here are answers to several questions I’ve received about the meetup:

Q: Can I bring a female friend, girlfriend, lover, or wife?
A: Absolutely not. This meeting is for heterosexual men only.

Q: Can I come if I’m a homosexual or transsexual?
A: No. This is a meeting for heterosexual men only.

Q: What should we do if a pretty girl shows up and begs to be a fly on the wall?
A: Get her number and then tell her to buzz off. Do not allow women to attend the meeting.

Q: Can I bring my son or little brother?
A: Many of the final venues will be in bars that require you to be of legal drinking age to enter (18 or 21 depending on the country). Since there is no way to tell you beforehand what the final venue is, underage males may not be suitable for the meetup.

Q: What happens if a host doesn’t show up?
A: If no one claims to be hosting, the men who arrived can discuss which venue to move to at 8:20pm. The meetups are structured so that they can proceed without a host.

Q: What if I’m the only one who shows up?
A: That means your city is not yet ready for meetups. Let me know so that we can plan future meetups in larger cities within your state or province.

Q: What if crazy feminists show up?
A: Record them with your camera, upload the footage to Dropbox, and then send it to me at [email protected] afterwards so we can tear them up. If accosted during the meetup, travel to the final venue in pairs or triplets using an indirect route so the final location is not compromised (make sure you are not followed). While I wouldn’t mind a bit of excitement, there is currently zero chatter online that a single meetup will be disrupted.

Q: Is there is a danger I could get doxxed from a feminist?
A: The risk is extremely small (it has yet to happen that a reader of mine has been publicly doxxed from commenting or showing up to a meetup or lecture). I also think that men who are scared of feminist actions are underestimating their ability to respond firmly and without fear. Even if a feminist records your face and uploads it to Youtube, the “crime” of standing at a location in public is not enough to have a witch mob come after you that threatens your livelihood.

Q: Have the hosts been vetted? What if they are a secret feminist agent?
A: Again, this has never happened before, so the risk is minuscule. If you remain anxious or fearful of green-haired female activists or male feminists, simply don’t give out your last name or company name during the meetup. At least for the meetup on February 6, high trust is not necessary since you’re not giving personal information beyond emails or phone numbers.

Q: Which meetup will you be at?
A: Washington DC.

Q: Do permanent tribes have a consistent message that ensures purity of neomasculine thought during the meetings?
A: There is no universal program. Each tribe is encouraged to interpret neomasculinity to suit their local and immediate needs. I don’t know what is best for a German tribe, for example.

Q: For meetup hosts that go on to create permanent tribes, will there be a way for them to stay in touch with other tribal leaders?
A: Yes, I will create a private forum for all tribal chiefs and elders after we have ten or so tribes. We currently have four.

Q: Are you concerned that agents within the various Alphabet Soup groups (CIA, FBI, NSA, CID, NCIS, ETC) may try to infiltrate the tribal meetup?
A: The tribe is apolitical and does not attempt to challenge governmental authority, so I don’t believe we’ll be targeted for infiltration. That said, keep an eye on possible agent provocateurs who advocate for illegal activities out of the blue. If you have any more questions, ask them below in the comments or learn more about the Tribal Meeting concept through the announcement post.

Lastly, I ask that you share details of the meetup with friends of yours who you think may be interested. Our views are becoming known enough that we can “come out” of the shadows and not have to hide behind a computer screen for fear of retaliation. Up to now, the enemy has been able to exert their power by isolating us and attacking with shrieking mobs, but we’ll be able to neutralize that tactic by amassing in high numbers come February 6. I will exact furious retribution upon anyone who challenges you in public on that date (remember to record them). Therefore let the sixth of February be a clear signal to all that we’re not going anywhere. We have finally arrived.

This FAQ was originally published on Return Of Kings.