For several years the establishment has been pointing out that “rape culture” has made the West as dangerous for women as an African slum. Native-born men, because they haven’t been taught how not to rape, have been raping with impunity in universities, clubs, bars, and on dates. So much raping has been going on that you’ve certainly stumbled on dozens of rapes in progress. I have be called a “rape teacher” and “rape instructor” more times than I can count, all because I give men tools for having consensual sex in the most efficient (and legal) way possible.

On New Year’s Eve, 1,000 men described as Arab and North African sexually assaulted 90 women in the German city of Cologne. Instead of being random, separate assaults dispersed across a very large city in the country’s most populous state, they all occurred in the vicinity of the Central Station, or Hauptbahnhof. Wolfgang Albers, the local police chief, called the incident (more like, dozens of incidents) “a completely new dimension of crime.”

I expected the establishment to immediately establish programs or make posters that teach Syrian men how not to sexually assault German women. Instead, they have instructed women how to take responsibility for their safety, something that for years they have insisted is the same as “blaming the victim.” Because of this blatant double standard, we can conclude beyond a reasonable doubt that “rape culture” is nothing more than a political weapon to marginalize Western men. It has nothing to do with keeping women safe and everything to do with emasculating native-born men and removing their due process when it comes to sexual encounters.

Immigrants and refugees can quite literally roam the streets and grab whichever German woman they want without getting criticized by politicians while a woman who falsely claimed to have been raped in a dorm room by a German man (ironically) gets invited by a Congressman to the State Of The Union address. Welcome to insanity. 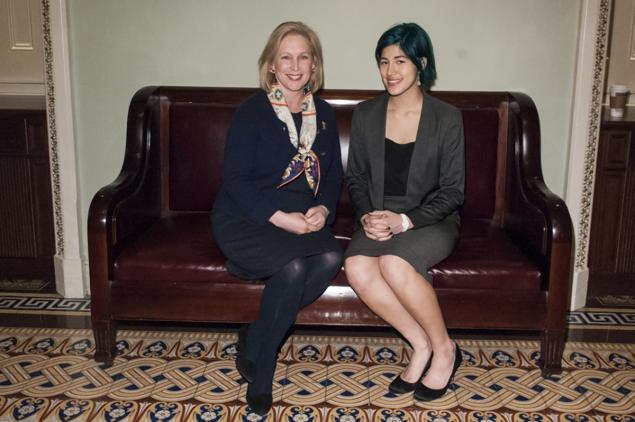 One year ago, I posted a thought experiment about how if we made rape legal, women would have no choice but to keep themselves safe and take the proper actions to minimize the chances they will be raped. Here is the take-home message from that article:

If a woman is indeed a child then maybe we really need to keep promoting “rape culture” as a way to keep them safe, but if they are actual adults, which is often claimed, then we can start treating them like adults by allowing them to take responsibility for the things that happen to them which are easily preventable with barely a strain of cognitive thought, awareness, and self control.

The article was viral and I was roundly criticized by the media and their feminist foot soldiers by being a monster and evil person who wants women to be harmed. Because of the ideas in that article, I was accosted by a mob in Montreal, which repeatedly called me a “rapist.” It was used again a couple weeks ago during the meetup outrage to whip up a frenzied worldwide mob to shut down social happy hours for men. All semblance of rational thought is lost when a Western-born man talks about rape.

It’s important to note that my work has also never been linked to a single sexual assault conviction out of the 100,000+ regular readers I have. Therefore not a single assault has ever been attributed to me or my work, which statistically must be below the average, and yet because I demand women account for their own personal safety, while simultaneously teaching men game tools that take advantage of the sexual dystopia that feminists created, I’m attacked alongside my readers.

Based on the attacks we’ve received in the manosphere, you would think that the Western establishment is singularly focused on reducing harm to women by changing the behavior of men. You would be wrong. On New Years Eve in Germany, mobs of refugees went around molesting, grabbing, and in some cases outright raping German women. Instead of outrage directed at these men for their crimes, many of which had multiple witnesses, the German authorities have instead told women that they need to protect themselves while their useful idiots in the media say we shouldn’t be so racist to the refugees. That’s right: the rapists have been given a pass and instead women are being told to adjust their behavior, all because the assailants are a protected class in the perverse multicultural narrative.

Instead of re-consider their open-door policy from the bowels of the Middle East, German politicians told women that they should defend themselves more properly and have a “code of conduct” to not get raped.

Speaking on live television this afternoon [Cologne] mayor Henriette Reker, who was near-fatally stabbed in the run up to October elections by an anti mass migration campaigner, said in future women would have to be better prepared in her city to deal with migrants. She remarked: “The women and young girls have to be more protected in the future so these things don’t happen again.

“This means, they should go out and have fun, but they need to be better prepared, especially with the Cologne carnival coming up. For this, we will publish online guidelines that these young women can read through to prepare themselves”. [Source]

Even more absurd, the Cologne mayor advised German women to remain at an “arm’s length” from strangers. Refugees get a pass for their behavior and instead women are told to accommodate their predation, while American, British, Canadian, and Australian men are assumed to be born rapists who must be taught how not to rape, even when we’ve never been accused of such a crime. What happened to stopping rape culture? What happened to “toxic masculinity”? What happened to safe spaces? All gone in the same amount of time it takes for a New Years Eve firework to explode in the sky.

What’s happening in Germany reveals that there never was a rape culture in the West, and there never was concern for women’s safety, but that promoting the two was a means to allow the establishment to expedite their subversion of Western societies, to weaken and demoralize the men, to sterilize women with “empowered” careers, abortions, casual sex, and to break up the family unit and make everyone dependent on corporations and the welfare state.

Today, I am a vindicated man. I’m vindicated because the establishment of an entire country has essentially parroted my beliefs with regard to personal responsibility by telling women that they need to protect themselves while completely ignoring the “rape culture” boogeyman that has been stuffed in our faces in spite of an obvious and pre-meditated sexual assault spree, as if it didn’t even occur.

Now that the whole world sees the double standard through which “rape culture” applies, only one of two things can happen from this point. The first is that the establishment completely drops the rape culture narrative and stops treating Western men like criminals who need to be taught not how to rape women. The second is that they selectively use the rape culture weapon against Western men while giving refugees a pass, a blaring contradiction that will be visible to all and merely accelerate the collapse of their multicultural narrative. Millions will move over to nationalism, the only antidote that can put a stop to the liberals currently in power. Either outcome is fine by me, and I think we all know which road we’re about to go down.[culturewar]

Read Next: Letter From A Member Of The Global Elite