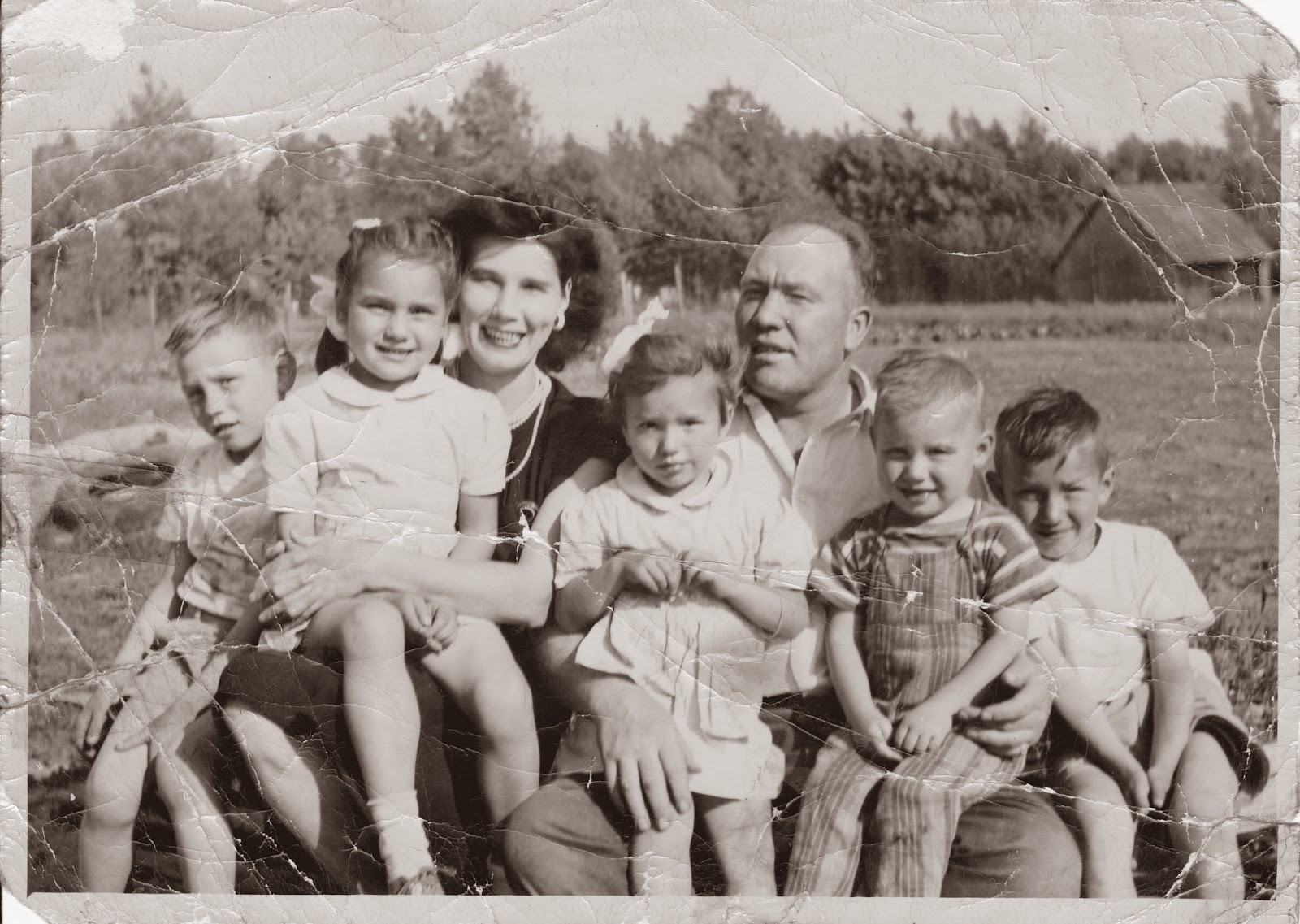 Recently I published a document listing the main points of neomasculinity. From that we can now make predictions of how those ideas will interact with the environment to create noticeable gender and societal changes in the Western world. Here are the five stages that offer a possible path to the return of patriarchy.

Stage 1: Rise Of The Networks

This stage has already taken place with the spontaneous development of internet communities that serve to help men meet women, teach them entrepreneurship skills, improve their health and bodily strength, and enlighten them with counter-cultural truths. They arose because in the past forty years the singular cultural focus has been about empowering women (providing them with benefits and privileges) while giving bad advice and withholding information from men, if not outright sabotaging them. The informational black hole left by the establishment was filled by various teachers and thinkers like myself.

My teachings on game, along with the columnists on Return Of Kings and the hundreds of contributors on RVF, are but a drop in the bucket of Western men helping each other through antifragile networks that share common ideological beliefs. Each network attracts men who have become aware of societal problems that inhibit their own self development and liberty when compared to women.

There are many paths to truth, and once a man has attained what he believes is the correct reality, he will execute one of two options: (1) escape from the effects of the oppressive narrative by structuring his lifestyle to avoid its most severe faults, or (2) try to impose his righteous narrative upon society.

I tried the first option by expatriating to foreign lands, but have soon watched large components of that narrative follow me, most commonly through Western technology. I have moved to option two by actively resisting efforts of the far left narrative that is currently dominant in the West. Seed resistance can come in many forms:

Each resistance group has their own style of fighting, from sharing concealed knowledge to public shaming through humorous images and comics. Collectively, they begin to push back against efforts of the dominant narrative.

Separate networks and groups will form natural alliances that put aside their differences to defeat the enemy. In the past year, I have exchanged friendly gestures from the men’s rights sphere, religious conservatives, liberal gamers, and even white nationalists, whereas in the past there was either no communication or only hostile communication between us. These groups are currently probing each other for common ground, loyalty, and commitment.

Assuming that individual groups are ready to sacrifice and put their differences aside (a challenging task), a huge fighting force will be created that can balance out the immense power of the existing establishment. The neomasculine sphere will be but one regiment in a large army to defeat the enemy.

Culture war will involve sustained, asymmetrical, and intense informational warfare against the enemy that starts to damage their way of life, happiness, and disposable income. They will soon have sleepless nights just like I did in Canada when the full force of the establishment came down upon me. While guerrilla tactics must still be used to ensure our self-preservation, allied forces may be strong enough in the near-term to engage in open battle without having to be as anonymous as before.

Here are some additional strategies for successful culture war:

The victories of culture war will also make it easy to attract new members to our ideology. Initially, self-improvement (e.g. “how to get laid”) and dissemination of truth allowed men to find us, but now merely being seen as a “winner” will be sufficient, and I saw this first-hand with the large jump in my follower count after winning in Canada. A winner strategy may also attract women since they have an innate need to be part of groups with strong males they admire or respect.

It is difficult to estimate the start of culture war, but I want to state that it began in August 2014 with the introduction of Gamergate, a revolt against corrupt social justice gaming websites. The revolt has turned into a sustained gathering of individuals who criticize gaming websites and other sectors of the media, and which has resulted in millions of lost dollars for media companies along with career frustration for social justice journalists.

More recently, another victory over the narrative came in the form of the Hugos, a science fiction book awards show, when authors of the far left failed to exclude “Sad Puppies” authors whose disagreements with the narrative blocked them out in past awards. The cuckserative meme followed shortly afterwards to expose the traitorous social justice leanings of establishment conservatives. If we are indeed in culture war, events such as Gamergate, Sad Puppies, cuckservatism, and my battle in Canada will become more commonplace and increase in intensity in the next two years.

The current narrative is failing an increasing percentage of people, so a culture war is necessary for them to see the opposing viewpoint that is being deliberately hidden from them or outright distorted.

After culture war, a large percentage of the population will have lost faith in the existing narrative and convert at least partially to an alternative narrative. Victory will come when approximately 20% of the American population will solidly believe in neomasculine or alternative ideals by 2025, compared to what I estimate to be 3% and lower currently. A size of 20% seems small at first glance, but it allows a tipping point that is more than sufficient to convert others at a rapid pace as the existing narrative fades away.

Culture vacuum will be highlighted by intense confusion within the population over what to believe and think. Individuals will be far more open than during culture war to give the patience and time required to understand the logic behind an alternative narrative that they were once hostile to, especially since the losing narrative utterly failed to provide them with answers on how to live and pursue happiness, and which may have even put their life at risk.

The groups that comprise the winning side of the war will now attempt to differentiate between each other and convert believers, not unlike how varying religious faiths attempt to convert those to their own church. This may result in battles where once-allied groups fight each other out for the spoils. As is said, those who start the revolution are rarely those who end it, so it is possible that the winning group will simply be less fatigued than proto-groups that were involved from the beginning stages.

It is at this stage that a winning group must position themselves to accumulate institutional power. Those who infiltrated institutions during culture war can now more readily assert their views to usher in new policies and laws that roll back the damage caused by the previous narrative. They can also open the door to allow entry of those with similar beliefs to form powerful in-groups within the institutions.

If existing institutions can’t be successfully infiltrated, parallel institutions must be made. This will be easiest to do when it concerns establishing independent media organizations. We will have to improve the quality and professionalism of our entertainment and propaganda to rival that of current slick products that so easily capture impressionable minds.

Step 5: Return Of The Patriarchy

Over the course of a generation, there will be a gradual return to the patriarchy as at least 50% of the population believes in traditional ideals and have the voting power to usher in non-bought leaders who see patriarchy as the only way to maintain cohesion of society.

Since America is a multiracial nation, this means that minorities must be a part of those aching for patriarchy, or else the country may be split into several different countries along racial, cultural, and economic lines. I expect many minorities to come to the realization that patriarchy serves them better and provides a deeper life meaning that the consumerist and nihilistic ideals of the far left narrative that race-baits them for their own ends. While converting these more liberal groups may seem like an impossible task today, it’s a requirement if the United States will continue to exist as one nation.

In this stage, neomasculine ideals will be obviously entrenched in the media, government, and academic spheres. Women will be encouraged to marry young instead of embarking on a decade or two of sexual experimentation. Men will put their labor into helping their family or society instead of spending large amounts of time trying to get laid for short term pleasure. Heuristic rules of living that stem from religion and tradition will be used instead of ever-shifting scientific “facts” and technological mandates. A swing back to puritanism may result, but families will be stable, welfare will be less encouraged, each gender will fulfill their biological roles, and society will be better off as a result.

The return of patriarchy will essentially roll back what has been added since the sexual revolution of the 1960’s, and all the damage that the far left has caused since then. Neomasculinity, and those ideologies that overlap with it, will either triumph outright in America or be a big part of republics that form as a result of secession, and I can state this without exaggeration since the current narrative is already showing severe signs of stress that will lead to outright cultural collapse of nations that have foolishly adopted it.

The process of culture change is long, and the end result may occur well after we’re dead, but since the current narrative is not sustainable, victory is inevitable. When you have the truth on your side, it becomes only a matter of time and effort. I just hope to be alive when these events do unfold in the Western world.