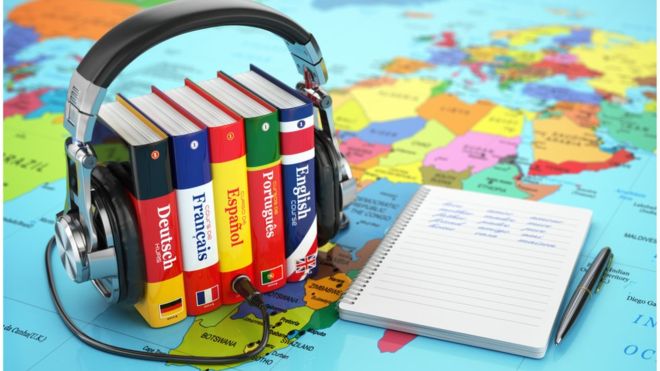 The biggest regret I have in my many years of travel is not learning the local language in countries I’ve ended up staying for the long term. I would be more than conversational in Polish and Russian today if I just adhered to one simple rule: learn the language of a country you have been in for two weeks or longer. This means that you start your language studies on day fifteen of any trip.

Even if you’re doing a short one-month trip to a country, you should still make attempts to study the language for at least an hour a day no later than the third week. The reason is that your knowledge compounds over time to greatly increase your enjoyment within the country, making it easier to get around, make friends, and meet women. Every word you learn is like one extra dollar in an interest-bearing bank account. The more words you learn, the more you ability “compounds,” due to the simple fact that learning one additional word increase the number of new sentences you can speak by greater than one, especially after you’ve surpassed a vocabulary of 250 words.

I spent a year in Ukraine. During that time I only studied Russian for a couple months. I tried to make up for it by studying while in Poland to prepare for a long Russian stay in 2014, but I ended up staying in Russia for less than two months. If I followed my rule, I would have studied the language when I needed it (while living in Ukraine), and saved time not studying it when I didn’t even use it.

I have spent more than two years in Poland. I’ve studied the language for less than six months. If I only studied one hour a day while living there, I’d be at least conversational, but now I’m embarrassed with my Polish language level. I’ve spent enough time in Eastern European countries that I feel like a Mexican immigrant to the USA who doesn’t speak English.

The purpose of the two-week rule is to link language learning to time spent in countries instead of predictions or dreamy intentions of how long you think you’ll spend in them. You should put far less weight on studying a language before you get there than when you’re actually settled. I wouldn’t discourage your pre-trip studying, but it’s easy to make a huge misallocation of your time by studying languages for countries you don’t even end up liking.

I devised this rule based on a regressive analysis of my travel habits. If I followed it, my fluency in languages would match my actual time spent within countries. Instead, I have a mismatch of language fluency because I studied languages based on where I thought I’d stay in the future instead of where I actually stayed. I’ve learned from that mistake. Now if I’m in a country for two weeks, on day 15 I will crack open a book or hire a tutor and put in my one-hour a day. I’ll be better served by it.

Read Next: Language Hackers And “Polyglots” Are Full Of Shit