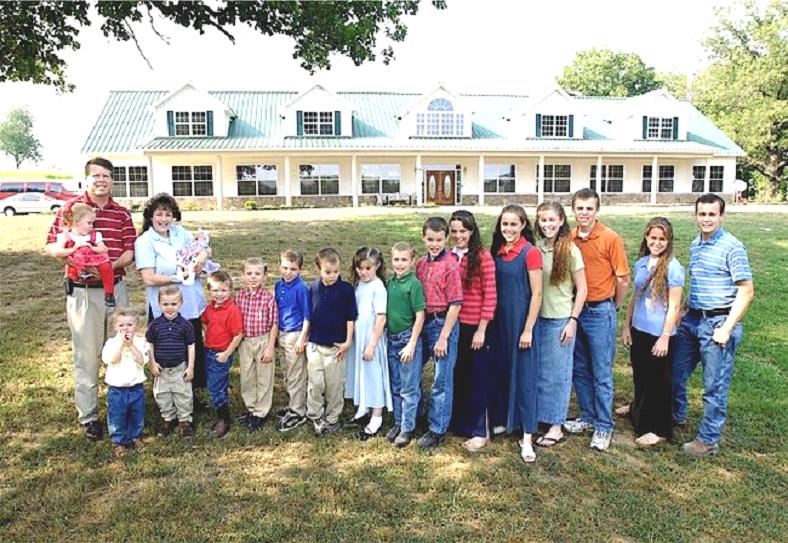 If you study Eastern philosophy, you will encounter ideas on balance. Every action has an equal and opposite reaction, a price that must be paid so that a balance of energy is reached. That harmony must be sought not only within yourself while existing as an organic system, but also in larger systems such as cities, nations, the Earth, the galaxy, and onward to scales that are hard for your mind to imagine. A disturbance in any of these systems will create a reaction that seeks to balance the initial action, or at least neutralizes its effects. This may lead to an explanation of how degenerate Western culture, with its debilitating effects on birth rates, may be a useful reaction to a system that aims to limit the human population in a way that war and diseases no longer do.

Before I can assert that argument, I first have to show how there is no free lunch, even on things you take for granted. Any benefit to human beings must come with a cost to either other humans or to the earth. Here are three examples:

1. Toothpaste. There is a tiny personal cost for you to brush your teeth and remove the bacteria that causes cavities, tooth decay, and painful visits to the dentist, but how about the effects of toothpaste on the earth? Toothpaste contains a large amount of chemicals that are made in factories, with waste products released into the environment. Untold amounts of clean water are used every day so that humans can brush, and the foamy waste, laden with chemicals, is released back into nature. While brushing your teeth has a personal benefit, the earth absorbs the cost.

2. Antibiotics. The immediate effect of antibiotics is saving human life, and for several decades, there seemed to be no cost to this miracle discovery. But microorganisms have since adapted, and now there are human beings today who have virulent infections that can’t be cured. People who would have survived a minor skin infection 100 years ago may now die from it because of antibiotic use. There are also millions of animals in factory farms being pumped with antibiotics, suffering greatly to bring cheap meat to everyone. Their flesh is laden with antibiotics that can now negatively affect your health, causing you chronic health issues through diet at the same time it cures you from infections when administered in pill form.

3. Automobiles. This invention is beneficial in allowing easy and relatively cheap transportation between towns and cities while improving communication, but the negative effects are just as great. The petroleum needed to operate automobiles have been the main reason for multiple resource wars that have led to the deaths of hundreds of thousands of people, and the additional suffering of untold millions. The byproduct of petroleum use has caused great environmental damage in the form of smog and air pollution, causing respiratory illnesses for those living in dense cities. The car itself, while convenient, changed the nature of society, atomizing social life and reducing a person’s dependence on meaningful small communities while encouraging conspicuous consumption that more readily make people dependent on corporations.

I use toothpaste every day, I use antibiotics when I’m sick, and I travel by machines that use petroleum, but there is a cost to them even if it’s externalized onto others or the earth, and that cost must overall be equal to the benefit. What determines if a system like a human or city uses a certain invention is if the benefit to the in-system outweighs the cost to the out-systems. If the cost can be externalized somehow, if we don’t see the sick animals on antibiotics, the people dying in the Middle East, the polluted oceans dumped with our toothpaste chemicals, or the smoggy cities of Asia, we will continue to use those products. When the cost of industrialization led to high levels of pollution in England, for example, they externalized that cost on foreign countries while still receiving significant monetary benefits of either controlling or taxing the productive output.

The human being is an animal that—if you are to believe in Darwin—wants to increase its population to the maximum allowable by the food supply. In this quest to maximally increase population, however, human beings sometimes engage in wars between each other that limit the population. They also engage in wars of sorts with microorganisms that infect and kill people, also limiting their population, sometimes on a massive scale. Droughts and other natural disasters serve as additional population reducers. For most of human history, there have been factors that greatly limited or slowed population growth, so that any substantial increase that humans achieved out of balance with existing nature was met with a check in the form of war, disease, or famine.

Through advancement in medicine and adapting to the planetary environment, negative effects on population through disease and famine have been sharply reduced, and since the advent of nuclear weapons, there has been no great war that has wiped out up to 25% of a nation’s population like with World War 2. Instead there are smaller wars and engagements that don’t even begin to approach the level of human loss as the wars of old. World population is predicted to increase by billions more. Therefore can’t we conclude that humans have transcended the laws of balance upon the earth?

If you are to believe in Eastern philosophy, a limiting factor must come forth that ensures human beings don’t permanently disturb the energy balance of the earth, and in turn, the universe. You may think of a balancing force in the form of a nuclear war, a gigantic asteroid hitting the earth, or an extra virulent form of ebola sweeping through the world, but these are all physical limitations. Who is to say that balance can’t be achieved metaphysically, through ideas?

In the Western world, human beings, all of whom supposedly encode for genes that aim to reproduce to the limit of the food supply, as specifically stated by both Darwin and Wallace, are actively not reproducing even though food is in surplus. They are taking on behaviors and lifestyles that greatly limit their reproductive potential by engaging in contraception on a massive scale, aborting fetuses, pursuing material accumulation during their prime fertile years, and purposefully avoiding the emotional connection required for successful mating. They may appear on the surface to act as sex-crazed animals by engaging in hyper promiscuous behaviors, but they don’t reproduce like them.

There is currently no country in the Anglo world or Western Europe where natives are reproducing above the death rate (only France comes close). This means that if it wasn’t for immigration from the third world, these countries would experience a demographic collapse that leads to marginalization of those nations’ power and a decrease in the standard of living for its inhabitants. The elites, therefore, are so desperate for immigrants to stock a nation composed of natives that don’t reproduce (an image of pandas in the zoo come to mind) that they are allowing the poor and destitute to enter even if they show hostility to democratic ideals and assimilation.

I propose that the dominant set of ideologies of the West—equality, multiculturalism, consumerism, individualism, and cosmopolitanism—combine synergistically to halt reproduction and limit population, not unlike wars and diseases in the past. The ideas of Western culture have similar effects on limiting population as the World Wars. How can this be? How can human beings, when organized in large and seemingly rational systems, adopt for so long a maladaptive set of ideas that go against human reproductive potential?

To examine this confusion, you simply need to look at your own behavior. Do you have children? Probably not. Are you actively reproducing to the maximum limit of your resources? No. Are you encouraging the women you sleep to use contraception? Yes. Are you pursuing entertainment, hedonism, individualism, and materialism in a far greater degree than reproduction? Yes. If you impregnated a girl, would you seriously object to her getting an abortion? No.

I’m sure you can provide me with logical reasons as to why you’re not reproducing: the divorce laws are unfair, you value your freedom, and modern women make for bad mothers. I would firmly agree with you, but to think that a handful of legal downsides or the need to have a drink with your buddies whenever you want are the reasons at completely halting efforts to create life, actively trying to prevent reproduction, and ultimately failing in your evolutionary destiny, is not an argument I can buy.

It’s possible and perhaps likely that Western culture is the universe’s adaption to runaway population growth that it is unable to limit in traditional ways of war, famine, and disease. Western culture is the reaction to harm caused by human beings on the universe. This argument takes a bit of a spiritual leap of faith in that you must believe that nothing in the universe can be created or destroyed, and that there is a almost deliberate attempt by the universe’s systems to seek balance, but it’s the only explanation that can explain how humanity has gone off the rails in regard to evolution and reproduction when food and resources are so plentiful, though of course this makes the assumption that evolution is true and our animal destiny is to merely survive and reproduce.

Your plan to never reproduce is therefore not entirely your choice, and is not encoded absolutely into your genetics, because if the human race were in far lower numbers, you would possibly have multiple children already. Your genes do not code for pre-destined “selfish” behavior, meaning that interactions with the earthly environment, when combined with the requirement for balance, has determined that you and your Western countrymen must not reproduce above the death rate. It’s possible that you may even take on behaviors that kill you off faster, like we have with the obesity epidemic.

In addition to the argument that the universe seeks balance, I’m sure you would agree that the earth does not need more human beings than it has now, that they have overcrowded the system in relation to other animals and organisms. Therefore, if I personally promote a more traditional ideology that would increase birth rates, I would be going against wishes of the system. Even if my ideology wins, and supplants the current Western narrative, that means the universe would simply seek another means to seek balance, perhaps through more brutish means. Traditional ideas are not helpful to the earth at this stage of humanity, and so maybe the race to eliminate it from so many modern cultures is, paradoxically, natural.

If you think of the earth as an entropic system of actions and reactions, anything that happens must be an attempt by the system to address a cost that has not yet been paid. Western culture, as maladaptive, degenerate, and harmful to human beings as it is, could be what the system ordered to alleviate the effects of humanity on the Earth, before they are able to cause further disturbance.

Even if you don’t accept this explanation at face value, we can not deny that there is no free lunch and that every cost must be paid in some way. The absence of war and pandemics don’t mean that other mechanisms we don’t fully understand aren’t currently in play to control the human population, and so we can’t be entirely surprised that such a huge portion of humanity is actively pushing ideals that achieve a common end: to stop human reproduction.[culturewar]