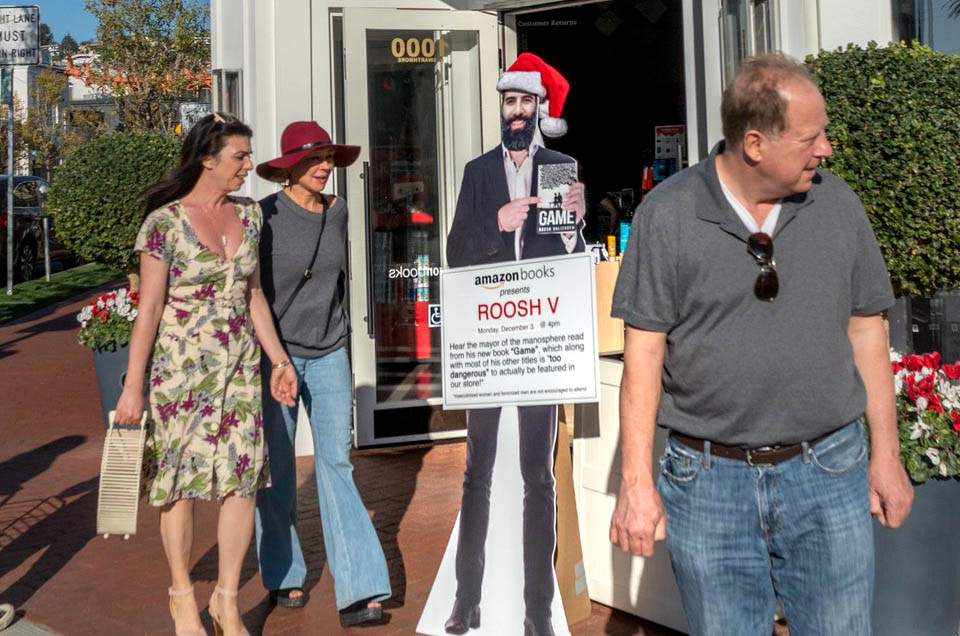 A dissident artist placed a cardboard cutout of me in front of an Amazon Books store to protest their banning of my book Game. (Full disclosure: I did not plan or fund this installation.) Let’s take a look at pictures that were originally posted here and here.

In the picture below, the man on the left has the same plaid shirt I have. It’s no surprise he’s talking to what seems to be an attractive girl… 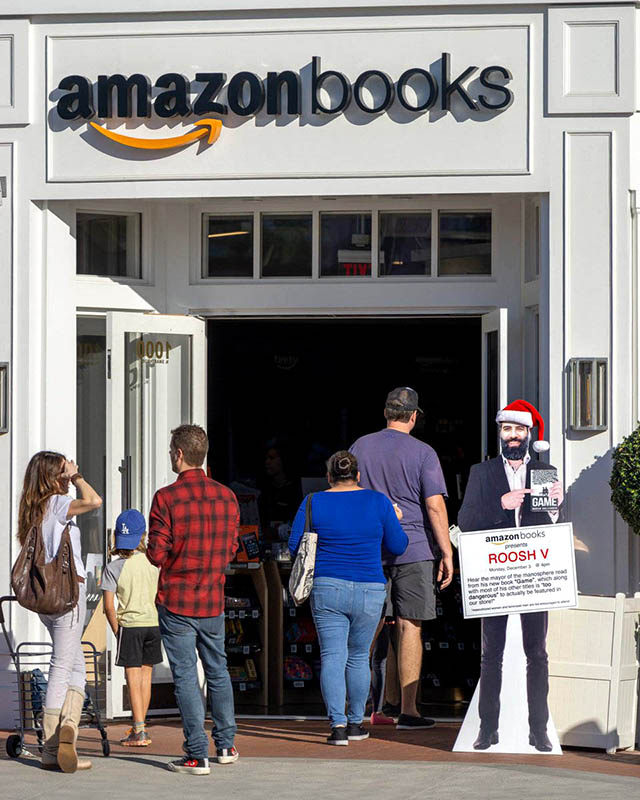 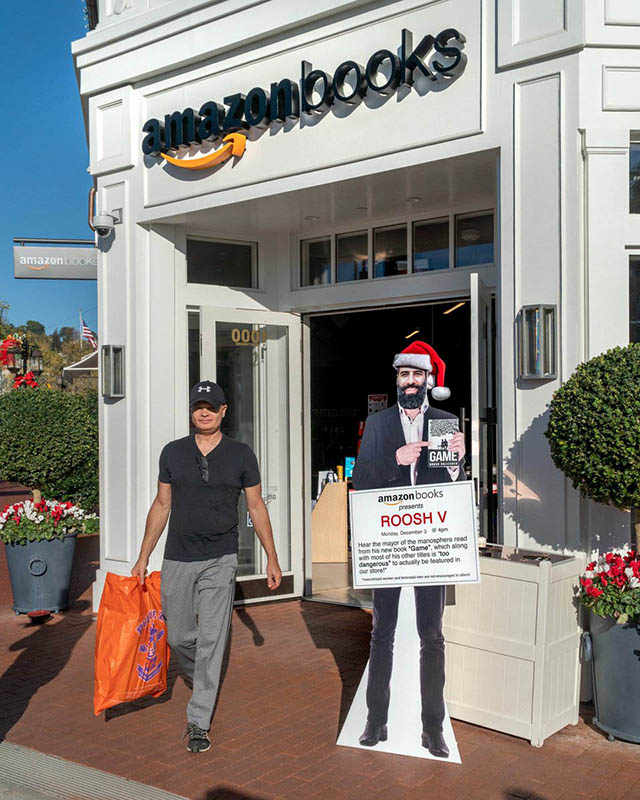 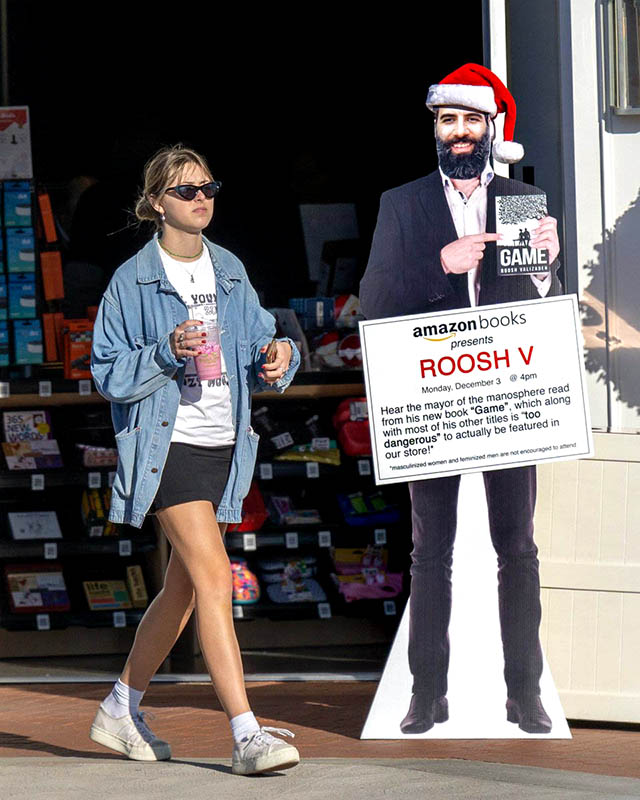 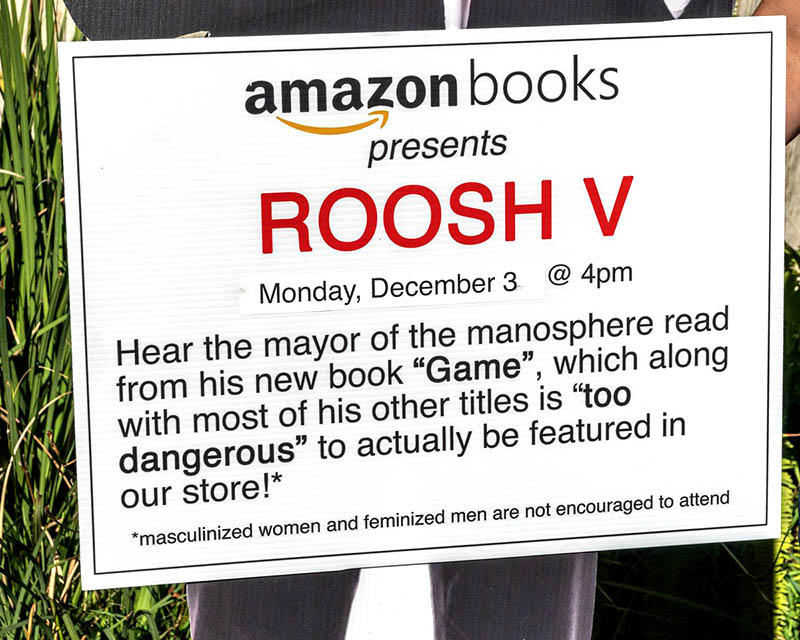 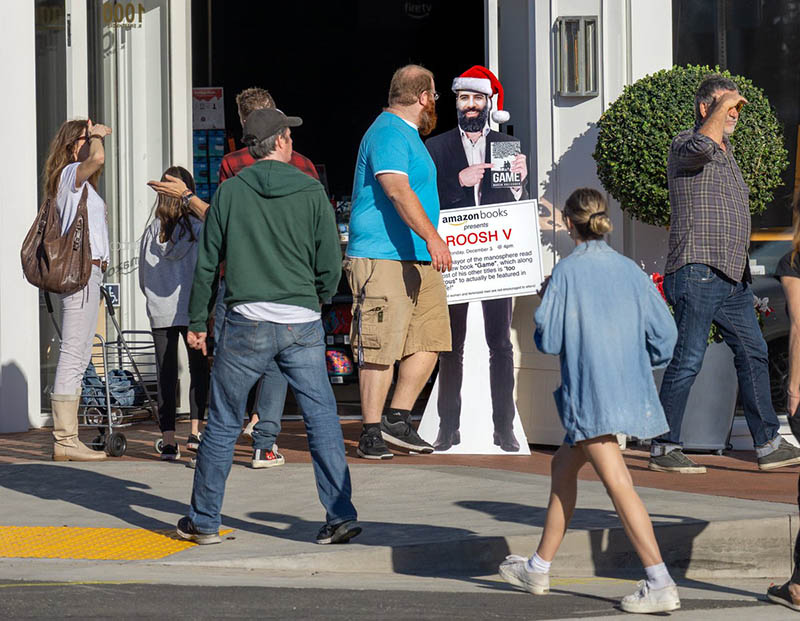 On the surface, it may appear that Amazon is a moral company for banning my dating book, but they still sell a host of filthy products that are way more sexual in nature…

And for Christmas, they are recommending you buy hardcore pornography for your dad…

The paperback is now available on fifteen other stores. You can also buy the ebook and audiobook from my store.