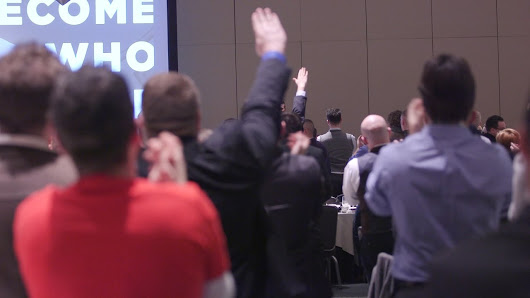 Richard Spencer, head of the NPI Institute, was attacked by the media in the last week because attendees at his recent weekend conference did a Roman/Hitler salute. This caused a schism in the alt right, where more moderate voices condemned Spencer’s actions and splintered off into a “new right” or “alt light” group. Looking back on the episode with full hindsight, I believe it was a strategic mistake to side with the media and not assist Spencer, no matter how strongly you disagreed with his actions.

If you don’t know who Spencer is, he is a prominent thought-leader of the alt right movement (he coined the term). While there are many definitions of the alt right, purists would describe it as a movement that aims for a white ethno-state. They have been called white supremacists, Nazis, and “real racists” for their belief that the United States (and Europe) should be primarily—if not exclusively—white. One of their arguments against immigration goes along the lines of “Africa for Africans, Asia for Asians, but the United States for everybody.”

I inadvertently stumbled onto the alt right after I read The Culture Of Critique by alt right favorite Kevin MacDonald. My review of his book on Return Of Kings got me immediately denounced by the Anti Defamation League, a sign that its contents hit on truths that certain interests want to keep hidden. Not long after I made the review, in the fall of 2015, I was invited to attend NPI’s conference. I was received warmly by many of the attendees, who told me they have successfully used my game advice in the past.

Afterwards, once word got out that I was at NPI, Spencer received criticism from “1488” factions of the alt right for inviting me because I am not white and because I have “defiled” six million white women. Numerous alt right accounts took shots at me on Twitter. As the months went on, I noticed the 1488’ers strongly believed in imposing rules on which race of women white men could sleep with and which race of men white women could sleep with. Their need for sexual control went against the interests of myself and my readers of all races, since it’s not dissimilar to feminism, so I announced a formal split with them in February, even though I was never formally in the alt right. After this divorce, I did not escalate my differences with them because we were on the same anti-establishment path. Elevating our squabble into a war would just aid my enemies.

The detente was successful. We were on a similar wavelength in the run-up to electing Donald Trump, as I shared many of the memes that came out of their platforms. Donald Trump had not advocated for a white ethno-state, but the alt right felt that his immigration policies bring that one step to fruition, while I supported Trump because I believed his policies would be beneficial to heterosexual men, regardless of their race. Trump was elected and different alternative communities rejoiced together in his victory. Then the NPI conference took place in the presence of multiple media outlets. Here is the “highlight” of what the media was able to obtain:

What a beautiful piece of propaganda! It immediately starts with a white man shouting “Hail” to the new President of the United States, whom the media viscerally hates, while a small minority of attendees exuberantly throw up the Roman salute. Even if you are a conservative, you have been programmed to feel revulsion at this display of “Nazism” and immediately condemn it because of its racism. Not long after, the media forced Donald Trump’s hand and he did disavow Spencer. One viral video, one mission accomplished.

Many men I follow did disavow it, starting with Mike Cernovich, who stated that because of what Spencer did at the conference, he was controlled opposition (i.e. an agent of the FBI, Democratic party, or media). Paul Joseph Watson and Stefan Molyneux supported Mike’s decision. First, I must state that I greatly respect Mike as a journalist, narrative “hacker,” and book author. If he is attacked at any point by the establishment, I hope he knows that I have his back. In this case, however, I think he rushed to judgement. In order to separate himself from Spencer and signal against him on Twitter, we allowed the media to put up an easy win on their scoreboard. At the end of the day, the optics of the situation was that those who were previously considered alt right aided the media in forcing Trump’s hand at disavowing an alt right figure.

Let’s imagine a different scenario. When the viral video came out, instead of attack Spencer, we attacked The Atlantic for taking scenes from the conference out of context. We forced them to reveal the truth of attendees being assaulted by violent liberal thugs. We disseminated the truth of the conference far and wide. And most importantly, we defended the right of attendees to put up whatever salute they want as part of their free speech at a private event, even if we find it abhorrent. If we did all this with the same vigor that we attacked the media when helping Trump get elected, what would the result have been? We would have put them on the defense and possibly prevented Trump’s disavowal and damage to all alternative spheres. At the very least, the media would not have gotten an unequivocal win.

Instead, we have given up our own ability to do a Roman salute, even as a joke. The media can now tear down anyone who does it and anything similar, because we did not attack them when they used it to distort Spencer’s conference. In other words, we have voluntarily constricted our behavior, all to marginalize Spencer, a man who is on the leading edge of free speech. If Spencer “got away” with these Roman salutes, they wouldn’t be able to attack us for anything. No rape joke, fat joke, or meme would be extreme compared to it. Our free speech would have expanded if we helped Spencer, but that opportunity is lost. We now get to wait for an energized media to attack us, and it most certainly will be for less than a Roman salute. We gave up ground for no gain to ourselves.

It’s also unfortunate that we are still stuck in the establishment frame of defending ourselves as not being racist. Paul Joseph Watson’s latest video can in fact be summarized as “Democrats are the real racists,” a failed Republican strategy that has not converted even one black man to the party. By attacking Spencer, we are announcing to the world that we are scared of being called a Nazi and racist.

The proper response when the fake news tells you you’re a Nazi is to say “Fuck you.” The proper response to when they call you a racist is “So what?” The proper response when they call you a rapist is to say, “I certainly wouldn’t rape you.” The only way we can take away the power from these terms is to not immediately deny you are one. If a crazy old bag lady approaches you on the subway and loudly says you are a murderer, would you take the time to deny it? No, you would laugh and say, “Get out of my way, you crazy bitch.” This is how we must react when the media confronts us, because if you don’t have a fear of being called a Nazi, racist, or rapist, the power of the media establishment will quickly diminish.

That doesn’t mean that Spencer did not commit an unforced error. We have to agree that Spencer’s decision to let in the media and frame the conference any way they saw fit was a considerable mistake, but not one I will eternally hold against him. He is not an establishment talking head that has been “groomed” to be good with the media, and his first major interview was less than a month ago. I was a media newbie too. I got shellacked when I went on Dr. Oz and got embarrassed by the Daily Mail when they showed up to my parents house until I finally understood the game and humiliated the media myself in a press conference. I’m sure I will make a mistake in the future, since I am not a media professional who does interviews every month, and I hope my allies don’t disavow me because of it.

After Spencer’s gaffe, I’m seeing a lot of messages online that the alt right “brand” is done for, and that their movement is dead. Back in February, I said their movement has peaked, but I underestimated them, and those today saying the alt right is dead are also wrong. They will lick their wounds and get stronger, because they don’t need the media and they don’t need Trump. Their sales pitch of “America will be better with only white people” is too seductive for marginalized white men to resist, and in spite of their obsession with race, there is intellect and truth-telling underneath it. They have blind spots, but they have fewer blind spots than other movements, and for that reason I think they will have sizeable cultural influence in the next five years for men who want an external fix to their problems instead of an internal one like I aim to provide. The Spencer debacle is a painful but necessary teaching moment for them.

Now that the schism has taken place, men like Mike Cernovich, Paul Joseph Watson, and Stefan Molyneux have a clear path to the top as part of their “new right” platform. There is no Nazi taint to hold them back. Within a couple years time, as long as their output is consistent, they will have a massive bullhorn to reach millions of conservatives. It will be fascinating to watch these men become the “new mainstream” as the old media order fades away.

As for me, I will stay focused on the individual man. Whatever politics of the day serves the interests of masculine men will be the politics I preach. That includes them being able to say and do whatever they want as long as it’s not against the law. For that reason, I will not be making disavowals of anyone, no matter how reprehensible their speech, because I will not help my true enemy, the establishment, attack my neighbor. We must not lose sight that Spencer is not our enemy, not yet anyway, and to proceed accordingly.