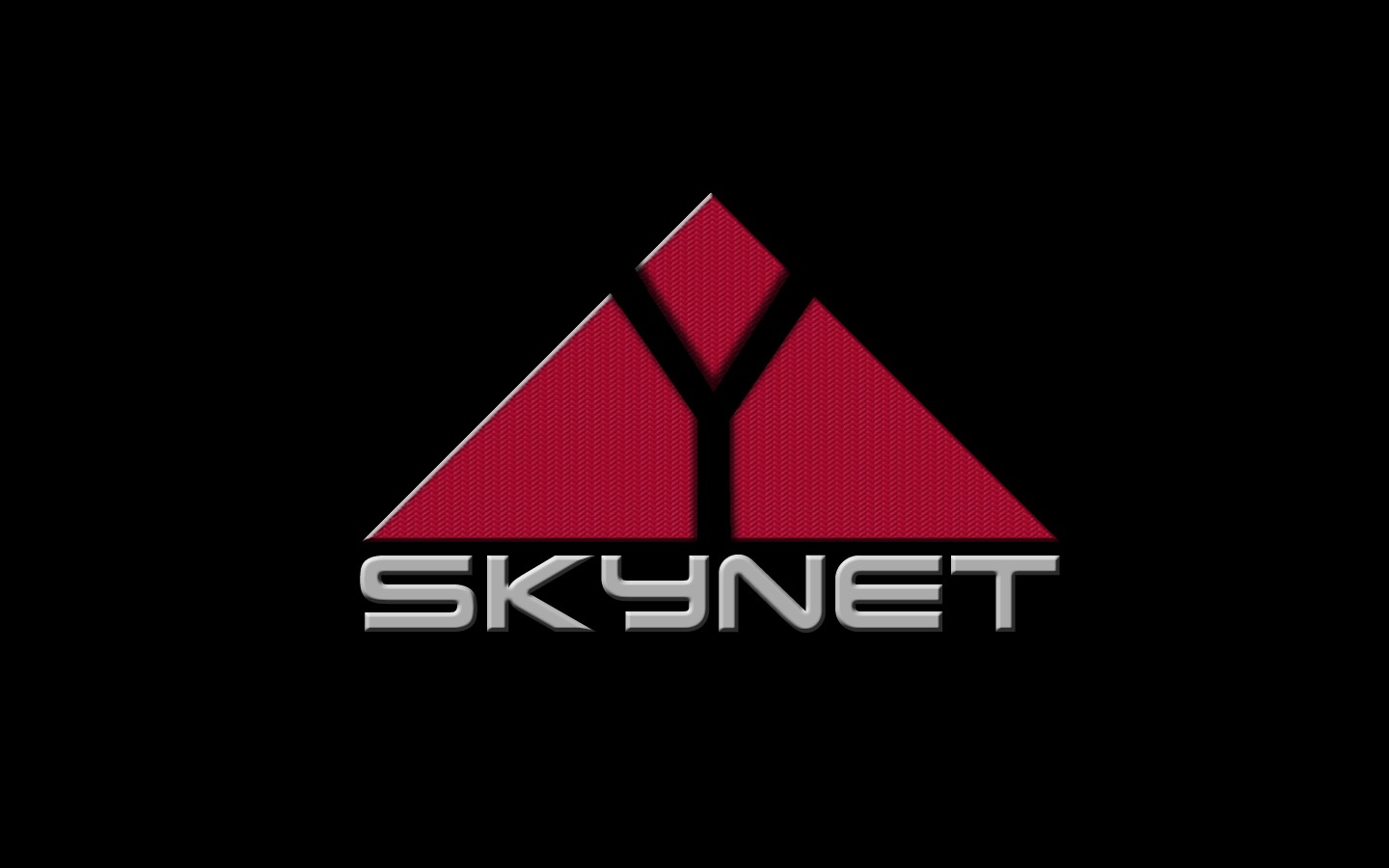 Who Owns The Future is a book that describes how advancing computer technology is centralizing power and wealth into the hands of those who own a network that has the comparative information advantage of having millions of its users essentially work for free. Every time you use Facebook or Google, you provide the company with valuable information that helps it increase its revenues while you forgo payment in exchange for receiving validation, executing searches, or having a place to store your photos. The author explains this more clearly:

In the past, power and influence were gained by controlling something that people needed, such as oil or transportation routes. Now to be powerful can mean having information superiority, as computed by the most effective computer on a network. In most cases, this means the biggest and most connected computer…

The only way to sell a loss of freedom, so that people will accept it voluntarily, is by making it look like a great bargain at first. Consumers were offered free stuff (such as web searches and social networking) in exchange for acquiescing to being spied upon. The only power a consumer has is to look for a better deal. The only way to say no to that deal is to transcend the role of consumer once in a while.

To be free is to have a zone around you that is private, where you can be with your own thoughts, your own experiments, for a time, between confrontations with the larger world. When you are wearing sensors on your body all the time, such as the GPS and camera on your smartphone, and constantly piping data to a megacomputer owned by a corporation that is paid by “advertisers” to subtly manipulate you by tweaking the options immediately available to you, you gradually become less free.

Instagram isn’t worth a billion dollars just because those thirteen employees are extraordinary. Instead, its value comes from the millions of users who contribute to the network without being paid for it. Networks need a great number of people to participate in them to generate significant value. But when they have them, only a small number of people get paid. That has the net effect of centralizing wealth and limiting overall economic growth.

The author, Jaron Lanier, asserts that the digital economy is destroying the middle class, and that we may have passed the point where increasing technology increases our standard of living. Everyone has access to photography in their pocket, but now what a few dozen people can do while employed at Instagram has replaced over a hundred thousand middle class jobs at Kodak while cheap labor in Asian factories construct the camera sensors.

The winner-take-all distribution we see in the internet world occurs in dating too. Elite men can now broadcast their value to larger pools of women using dating sites and internet apps, giving them access to women who would have not been able to meet these men in the past. The men who are not elite, like a Kodak employee, will find himself with no options. The non-elite men who don’t go through great pains to increase their value will simply not procreate, because today’s woman has been trained to score the most valuable man she could possibly get through extended experimentation that may last well over a decade, now with the aid of technology.

The fatal conundrum of a hyperefficient market optimized to yield star-system results is that it will not create enough of a middle class to support a real market dynamic. A market economy cannot thrive absent the well-being of average people, even in a gilded age. Gilding cannot float. It must reside on a substrate. Factories must have multitudes of customers. Banks must have multitudes of reliable borrowers.

The peasant’s dilemma is that there’s no buffer. A musician who is sick or old, or who has a sick kid, cannot perform and cannot earn. A few musicians, a very tiny number indeed, will do well, but even the most successful real-time-only careers can fall apart suddenly because of a spate of bad luck. Real life cannot avoid those spates, so eventually almost everyone living a real-time economic life falls on hard times.

This winner-take-all phenomenon is beginning to dominate every facet of human life as digital technology breaks down the barriers and levees that sustained the middle class (e.g., unions, academic tenure, taxi medallions, business licenses, etc), however inefficient they were.

If network technology is supposed to be so good for everyone, why has the developed world suffered so much just as the technology has become widespread? Why was there so much economic pain at once all over the developed world just as computer networking dug in to every aspect of human activity, in the early 21st century? Was it a coincidence?

…the Siren Servers [Facebook, Google, Amazon, etc.] channel much of the productivity of ordinary people into an informal economy of barter and reputation, while concentrating the extracted old-fashioned wealth for themselves. All activity that takes place over digital networks becomes subject to arbitrage , in the sense that risk is routed to whoever suffers lesser computation resources.

The primary business of digital networking has come to be the creation of ultrasecret mega-dossiers about what others are doing, and using this information to concentrate money and power. It doesn’t matter whether the concentration is called a social network, an insurance company, a derivatives fund, a search engine, or an online store. It’s all fundamentally the same. Whatever the intent might have been , the result is a wielding of digital technology against the future of the middle class.

Great fortunes are being made on shrinking the economy instead of growing it. It’s not a result of some evil scheme, but a side effect of an idiotic elevation of the fantasy that technology is getting smart and standing on its own, without people.

It seems as though online services are bringing bargains to everyone, and yet wealth disparity is increasing while social mobility is decreasing. If everyone were getting better options, wouldn’t everyone be doing better as well?

There is no such thing as a free lunch. Whatever benefit we get from technology now will have a cost, either upon ourselves or others:

The initial benefits don’t remotely balance the long-term degradations. Initially you made some money day trading or getting an insanely easy loan, or saved some money couch-surfing or by using coupons from an Internet site, but then came the pink slip, the eviction notice, and the halving of your savings when the market drooped. Or you loved getting music for free, but then realized that you couldn’t pursue a music career yourself because there were hardly any middle-class, secure jobs left in what was once the music industry. Maybe you loved the supercheap prices at your favorite store, but then noticed that the factory you might have worked for closed up for good.

In what sense is becoming dependent on private spy agencies crossed with ad agencies, which are licensed by us to spy on all of us all the time in order to accumulate billions of dollars by manipulating what’s put in front of us over supposedly open and public networks, a way of defeating elites? And yet that is precisely what the “free” model has meant.

The CEOs will gather at the golf resort and talk about a core financial problem: In the long term the economy will start to shrink if they keep on making it “efficient” only from the point of view of central servers. At the end of that line there will eventually be too little economy to support even CEOs. How about instead growing the economy?

Technological efficiencies slightly lower the cost for all but put a significant percentage out of jobs. In the past, new technology would create as many jobs as it destroyed while improving everyone’s standard of living, but are we seeing that now with the internet? It’s great that everyone can afford an iphone which contains a camera and internet access, but is that going to put food on the table and contribute to the economy? Silicon Valley is doing well, but how about everyone else?

The wide adoption of transformative connecting technology should create a middle-class wealth boom, as happened when the Interstate Highway System gave rise to a world of new jobs in transportation and tourism, for instance , and generally widened commercial prospects. Instead we’ve seen recession, unemployment, and austerity.

There’s also the privacy issue—our information is being used as currency by the technological elite.

A related trend of our times is that troves of dossiers on the private lives and inner beings of ordinary people, collected over digital networks, are packaged into a new private form of elite money. The actual data in these troves need not be valid. In fact, it might be better that it is not valid, for actual knowledge brings liabilities. But the pretense that we have a bundle of other people’s secrets is functioning like fine modern art. It is a new kind of security that the rich trade in, and the value is naturally driven up. It becomes a giant-scale levee inaccessible to ordinary people.

Big human data, that vase-shaped gap, is the arbiter of influence and power in our times. Finance is no longer about the case-by-case judgment of financiers, but about how good they are at locking in the best big-data scientists and technologists into exclusive contracts.

Inadvertently, this book tells you how to make money in the digital age: become a siren server. Construct a service people want to use for free, register users, collect their information, analyze their usage, and then provide them with ultra-targeted advertising.

Lanier’s solution to this problem is for companies to pay its users if the information it gets from them is providing the company with revenue. Since Google makes money when you use its products, they should actually pay you every time you do a search. Facebook should pay you if liking several pages improves their algorithm that targets users with ads. Youtube’s system is close to what Lanier proposes, since through their partner program you get paid for views on videos that you upload.

In a humanistic information economy, as people age, they will collect royalties on value they brought into the world when they were younger.

The proposal here is not redistributionist or socialist. Royalties based on creative contributions from a whole lifetime would always be flowing freshly. It would be wealth earned, not entitlement.

Thanks to this book I have finally realized what a “disruptive” technology is—it’s simply a technology that destroys more jobs than it creates, concentrating wealth and power in a few hands, invariably located in Silicon Valley, under the guise of efficiency and ease.

This book has powerful ideas but loses gas after the first half and simply repeats concepts. It seemed like the first 100 pages was the book proposal and then the rest was an afterthought to fill up space. Nonetheless, the insights it provides is powerful and has changed how I see the technological “progress” that is being forced upon us all. It gets a recommendation from me.

This book review was originally published by me on Return Of Kings.

Read More: “Who Owns The Future” on Amazon