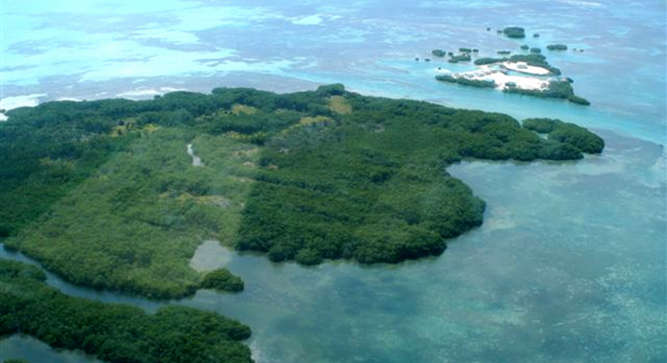 I’ve been more patient than most in waiting for a sign that the river of Western degeneracy has finally been dammed, but instead I see the opposite: it’s turning into a roaring flood that is destroying all fertile land in the West while gravely threatening the rest of the world, even my beloved Poland. It doesn’t matter how many articles I write or how many comments you leave on those articles, but we are powerless in stopping this destruction. The only option left is to start our own island nation.

Today I’m proud to announce that I have put a deposit on Frenchman’s Caye, a 200 acre island ten miles east of Belize City in Central America. It will be renamed to Rooshland. I invite you to live with me on Rooshland as we construct our own nation, free from the feminist West. 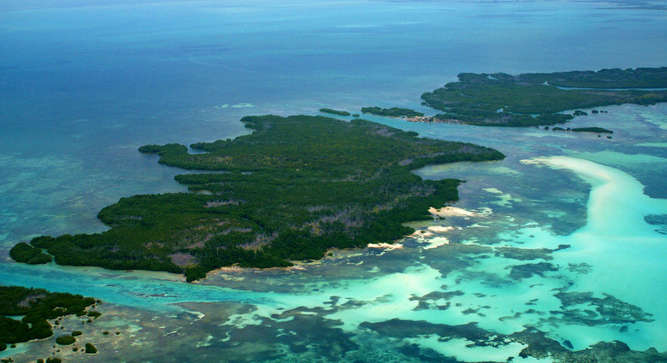 I am initially offering 100 plots that are one acre in size at a price of $125,000 each. This is more than ample space to construct a mansion of monstrous proportions, if you so choose.

I’m sure you’re wondering how life on Rooshland will be, so below are some preliminary guidelines to help decide if buying a plot is right for you.

There will be free and fast internet connections available via undersea cable so that we can all continue to work on our passive income internet businesses. There will also be linked satellite hookups so that the internet is never offline, giving a level of redundancy that is similar to NORAD. Your internet hustle will never be interrupted on Rooshland and you never have to worry about bandwidth caps. Rooshland will be the first nation in the world that guarantees internet access to all its citizens as a basic human right.

If you don’t have an internet ebook business like me, you are free to enter the retail sector to provide Rooshland citizens with basic banking, food, and entertainment options. I am granting contracts so that you can establish central banking, logistics operations, mobile service, and indoor rock climbing venues. Liquor licenses will also be provided.

There will be two classes of women on Rooshland: wives and sluts. You are allowed to have as many as four wives on Rooshland, but you are responsible for their feeding and care. There will also be a rotating population of sluts provided by the government that will be available for every man to spit game on, but violent rape is not allowed so you will have to provide these sluts with the tingles they require for leg opening. If your game level is too low, you may have to ply the sluts with free alcohol and snacks.

There will be a law forbidding you to marry the sluts, for their goal is to provide sexual pleasure and entertainment for Rooshland landowners, not to poison the well of our harmonious traditional ideals.

Rooshland will be operated as a Roman-style dictatorship. I’ll possess the crown and it will be passed onto my heir, Roosh VI, upon my death. There will be a commission of 12 men called the Rooshland Senate that I’ll personally appoint. They will propose legislation and have the ear of the people. There will not be a salary for having this important job, but each man on the commission will get first dibs on the fresh sluts that arrive to Rooshland by boat.

There will be three tiers of Rooshland inhabitants: (1) landowners and immediate family, (2) immigrants, and (3) sluts. Only landowners can be appointed to the council of 12 since they have skin in the game. Immigrants and sluts who come to work on Rooshland will be treated with due process, but they won’t be allowed to sign internet petitions or have a say in Rooshland affairs. Sluts with a BMI of over 22 will not be allowed on the island and fat shaming will be fanatically encouraged.

There will be no tax on income you earn on Rooshland or any other nation, but there will be a flat 20% customs duty on the importation of all physical goods. All tax proceeds will go into upkeep of a basic defense force, landscaping, and stocking the island with sluts. The sex ratio of the island will be three women for one man at all times by providing Instagram sluts with free monthly lodging and designer handbags so they stay for 90-day stints at a time. I will personally head the Slut Entertainment Commission (SEC) to make sure Rooshland has the best sluts, and oversee a medical program to screen them for herpes and ebola before entry.

Special subsidies will be given to entrepreneurs who establish cozy cafes with tasty espresso and baked goods, because Roosh likes to work in these types of cafes in the afternoon.

For Rooshland to be a self-sustaining island oasis of neomasculine men, every landowner is encouraged to make as many babies from non-sluts as possible. Once the initial batch of children hit schooling age, we will establish an academy that gives a classical education combined with tech instruction that allows them to develop an e-hustle when they grow up. Girls will get a basic education up to 15 years of age and then be ushered into beauty school until they find a husband and start popping out Rooshland babies at no later than 22.

I believe I am providing a tremendous opportunity for men to live in a more traditional utopia with a favorable sex imbalance that can’t be found anywhere else in the world. After searching the globe for poosy paradise and failing to find it, the next logical step is to create poosy paradise from scratch. Fornication will be bountiful on the island and at the same time you will be allowed to pursue your masculine interests free of government interference, all under the warm Central American sun. Once our island nation increases to a population of 5,000, we will then plan for world domination by invading nearby lands with weapons imported from China.

If you’re ready to reserve your plot, please Paypal me a non-refundable deposit of $25,000 and wait for further instructions. Access to the island will be available in September. See you on Rooshland.