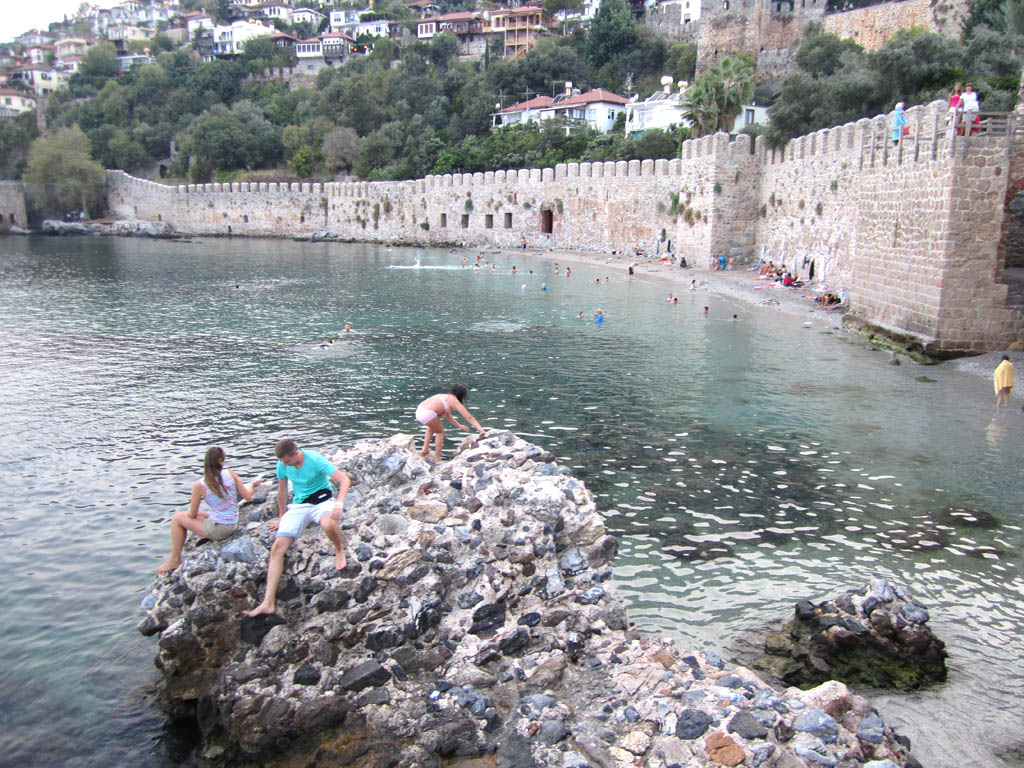 I flew into Barcelona for my third ever trip abroad. I stayed in a hostel, excited to be surrounded by foreigners, especially young European girls. Through sheer persistence, I was able to out-compete the other males to get a cock rub from a pretty Belgian girl on my first night there.

On the third night I came down with a horrible cold that developed quickly into a sore throat, mild fever, body aches, congestion, and headache, but I refused to stay in. Indoor smoking was allowed in Spain back then so my throat became raw and inflamed. I did not feel well.

While on a bar crawl not even halfway through the trip, someone told me that my eyes were leaking green boogers. I contracted a bad case of bacterial conjunctivitis and had to ditch my contacts. Still a travel newbie, I did not have the mind to pack my glasses. My nose was blocked, my voice was starting to descend into a croak, and I was nearly blind, unable to see clearly more than three feet in front of me. Even worse, I was developing a dry hacking cough that would give me 20 second fits, turning my whole face red. My body needed to rest.

But I did not rest and I did not stay in for one night. I was hungry to experience Europe and get action from European babes, knowing full well I’d return to Washington DC for god knows how long. As long as my heart was beating, I would keep working. I went on to get some light intimacy from three other girls, and the only thought of mine that I remember from that time was, “Why do these girls want to kiss me when it appears like I have a serious case of tuberculosis?”

When I came back from the trip, I had to visit two doctors to clear up my health issues. It took three weeks to feel right again, but I had no regrets, because the success I had, which was rather minor in hindsight, was more than enough to push me to quit my job less than one year later.

On the fifth day I contracted a cold (I always seem to get one soon after arriving in a new country). It wasn’t nearly as bad as the one I contracted in Spain, but it was the excuse I needed to cease even the minor effort I was putting in. For two days I holed myself up in my hotel room watching movies and music videos. On the seventh day I ventured out but did not do one approach. Not until my last night out did I scrounge up a bit more effort, managing seven approaches, but it wasn’t enough. I didn’t get any action at all in Turkey, eight years after a trip of similar length where I got much more. It’s true that I went to the wrong place at the wrong time, but nothing that my training and skill shouldn’t have been able to overcome.

Somebody might say, “Well, you looked better when you were younger.” I doubt it: I looked way worse in Spain than in Turkey. It’s actually a miracle in Spain I got any action at all, especially considering that by the end I sounded like a dying man. No, it’s not appearance, because even at my ugliest with a homeless Jesus look I was getting laid in Washington DC, one of the harder environments in America to score in. In Turkey I was at my peak in terms of game, wisdom, intelligence, and not that far off in terms of my peak in physical appearance, and yet I utterly bombed.

The answer lies with my desire. In the past, I was willing to do whatever it took to get laid. I have worked extremely hard at that goal and have been able to enjoy the fruit over many years, but from that fruit I have grown fat, lazy, and spoiled. My drive to work has atrophied. Consider that I booked the trip to Turkey specifically because I wanted something easy—because I didn’t want to work! Nature punished me accordingly, with not even one scrap of intimacy from a woman, not even one kiss, while in Spain it rewarded me with far more in spite of lower game, a pumpkin appearance, and bad health.

What will you do if I put a mountain in between you and your goals? Will you take a few steps up, exclaim the mountain is too tall only to turn back, or will you seek out supplies and equipment so that you can scale it? In Spain, I climbed the mountain. It was hard, and I needed a lot of time to recover, but I did it. In Turkey I looked at the mountain, complained about it, blamed Turkish men, and then sat at its base as I watched others attempt what I did not have the will to do, all because they wanted it more.

In any goal you attempt in life, you will not only encounter a mountain, but also large rivers, forests full of predators, and deserts lacking water. If your instinct is to turn back from these obstacles, I promise that you will not succeed. Any time you look for a shortcut, any time you look for a way not to work, you will fail in your goal. For me to succeed today, I don’t need more information or knowledge, but the desire of yesterday, the will to traverse anything put in front of me. Until I regain this hunger, until we all have an irrational and pathological need to succeed, until the mountain is nothing to us, we will not be victorious.

Read Next: The Best And Worst Vacation Of My Life