I flew into Baltimore-Washington International airport in June of this year. After deboarding, I had to wait in line for an electronic kiosk to ask me questions I already answered on the paper U.S. Customs form I received on the airplane. The kiosk took a picture of me from what seemed like a one megapixel camera and printed out a slip that I had to give to the Customs agent. This time around, I noticed the slip had a gigantic X on it. I imagine they used a more subtle code in the past but the agents routinely missed it.

I waited in another line to be seen by an agent whose arms were covered in tattoos. Perhaps our government has generously offered ex-gangbangers the opportunity to turn their life around with a Federal job. He asked me no questions. He typed in a few sentences with two fingers, scribbled a code on the paper, and then let me pass onto the baggage claim. After retrieving my bag, I went into another line and handed off the slip of paper to the final agent. I already knew what was coming—I would get a secondary screening. 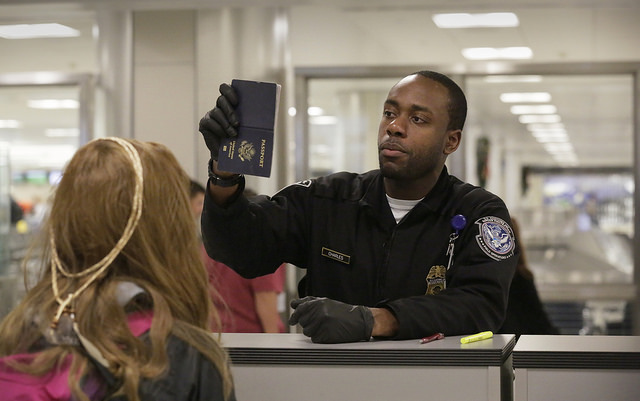 The new agent, also with tattoos on his arms, directed me to sit down in a waiting area. He yelled at an old Asian lady to take his spot at the line so that he could deal with me. He fiddled with a computer terminal for five minutes before calling me up. I handed over my passport but the computer system was down. He couldn’t get it to work. He was powerless to act and had to leave the terminal. Another agent, this time an Asian male with only one arm tattoo in cursive script, came to the terminal and got things working.

If you believe the propaganda, Customs and TSA agents are trained with advanced psychological techniques that can predict terrorism and other criminal behavior by identifying suspicious behavioral patterns. Did your left eye twitch at the same time your nose flared? You’re hiding something! Or maybe not, because the agents didn’t even make eye contact with me. If you asked them for the color of my eyes, they wouldn’t know. They followed the computer screen to know how to deal with me, a suspicious citizen who for some reason—probably terroristic—had decided not to live in the United States.

“Where have you been since you last left?” the agent asked.

I stated the Eastern European country I live in.

“Where do you live?”

“Did you buy anything abroad?”

“A shot glass and a bar of dark chocolate.”

“What do you do?” he asked, still staring at the screen.

“I have an internet business.”

“What kind of internet business?”

“I maintain web sites that sell advertising and products.”

The IRS already knows what I do, so I wondered why Customs also had to know. Their computers must not be linked. A part of me wanted to resist the questioning. I wanted to say, “Why do you want to know what I do?” But I was tired. I was on the road for eighteen hours. Communist interrogators in the Lubyanka have long known to deprive their victims of sleep to weaken their will, a technique that the American military and spy agencies use themselves. I wouldn’t last a minute under a real interrogation. 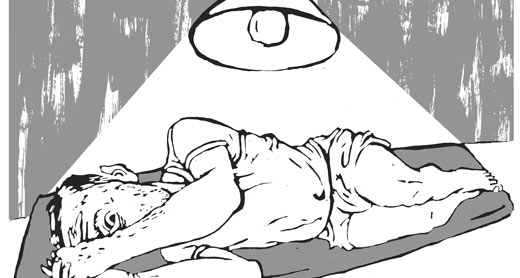 And what if I did resist? The agent, who may have 8 IQ points more than a Walmart clerk—a quip that is sure to guarantee more secondary screenings for me in the future—would be relieved at finding someone he can exercise his power on. Will they confiscate my laptop for kicks or maybe delay my ability to exit the airport for a couple more hours? Even if I win the battle, the system would remain in place. The computer algorithm would keep telling the agents who to hassle, and nothing would change unless it came from the top.

I wondered if they were asking me stupid questions to get me to submit to them, to make me love Big Brother. No, that can’t be it, because then they would do it to others at a far greater frequency. They really want to know where I get my money. Some genius in the State department must think that criminals can be rooted out by asking someone for their profession. He didn’t even ask me what my web sites were. If I had lied, which would have been a Federal crime, how would he discover the lie without following up?

The agent typed for several minutes, far more words than than the dozen or so I said to him, before wishing me a good evening. He never looked at the stamps in my passport or examined my bag.

I’ve now had “secondary” twice in the United States. You’d think there would be some trust for a fellow citizen arriving to his homeland, but in a country where anyone can be made a citizen, and when your neighbor can be from halfway across the world, bringing with him habits that seem strange, such as cooking goat heads, trust is no longer possible. Soon everyone must be treated like a criminal. I suppose it holds true that no matter what type of prison you’re entering, whether encased in bars or open air, the guards are required to ask questions and check you for contraband.

Read Next: I Was Detained By Icelandic Police After My London-Bound Flight Redirected To Keflavik Airport