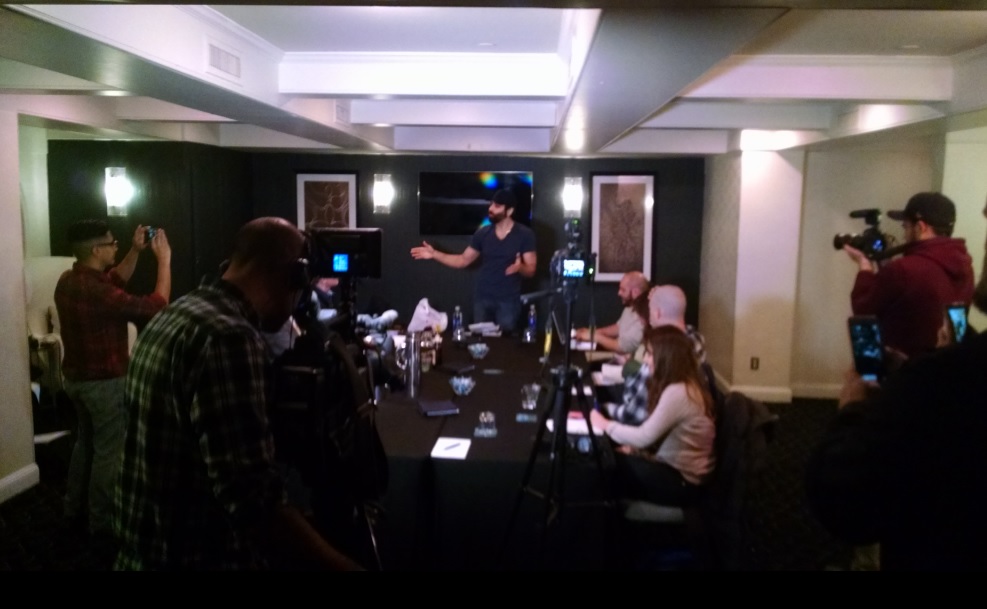 On Thursday I was in a tough spot. I was reeling from my family’s dox and the meetup cancellation. There were so many organizations, protest groups, and media outlets coming after me that I felt paralyzed to act. Then on Friday I got a call from Vox Day. He recognized my state of mind and gave me advice that included holding a press conference. Here’s the result:

The only thing @rooshv has raped is the media. It was a prosecution, not a press conference. https://t.co/1GUPcwod8n pic.twitter.com/wkIbv9UHwt

. @rooshv‘s destruction of the media will be studied by marketing and public relations experts for decades. https://t.co/xZU8sSW5ji

The most hated man in the world holds a masterful press conference against the lying media, politicians, & dumb mob. https://t.co/SSskWzHNvm

Just watched Roosh’s press conference. He absolutely destroyed them. Called out every lie by the MSM

After the press conference, the mob evaporated. A handful of articles trickled in and a few more haters tried a last effort on Twitter, but what happened in that hotel room sucked out all the energy from the enemy. I clearly showed that their activism is based on a mountain of lies that has absolutely no moral standing. My feet are firmly back on the ground, Return Of Kings is returning to a normal schedule, and the forum will be opened back up shortly. In other words, we survived one of the biggest mob outrages of the decade. There will be aftershocks that continue for the next few months, but the worst is over.

Read Next: How To Incite Human Beings To Violence Through False Headlines