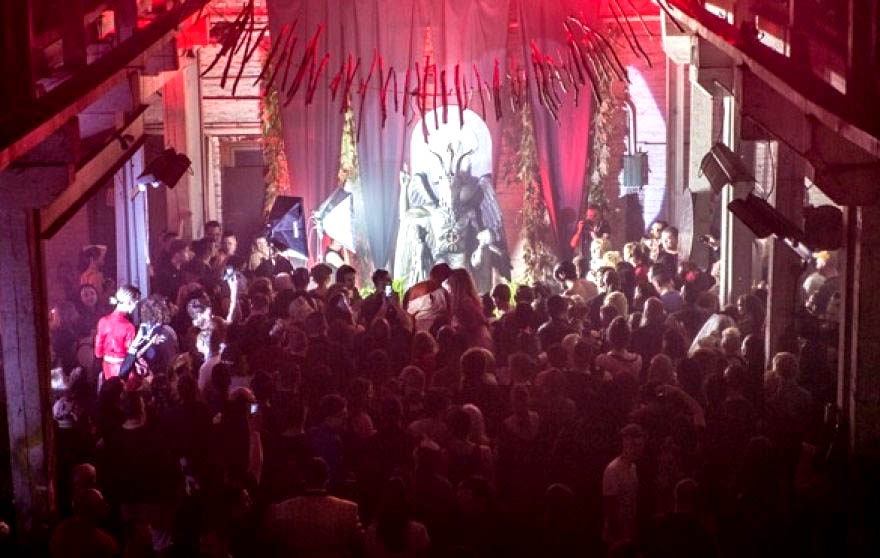 I first stepped foot into a nightclub in Washington D.C. when I was 21 years old. The music was incredibly loud and uncomfortable, but there were sexy women everywhere. In the eighteen years that followed, I had eagerly visited nightclubs hundreds of times. Now, I find them intolerable. Some of that is surely due to middle age, but a big part of it is because I’ve come to believe that nightclubs serve as a modern form of Satanic worship.

Why do people go to clubs? 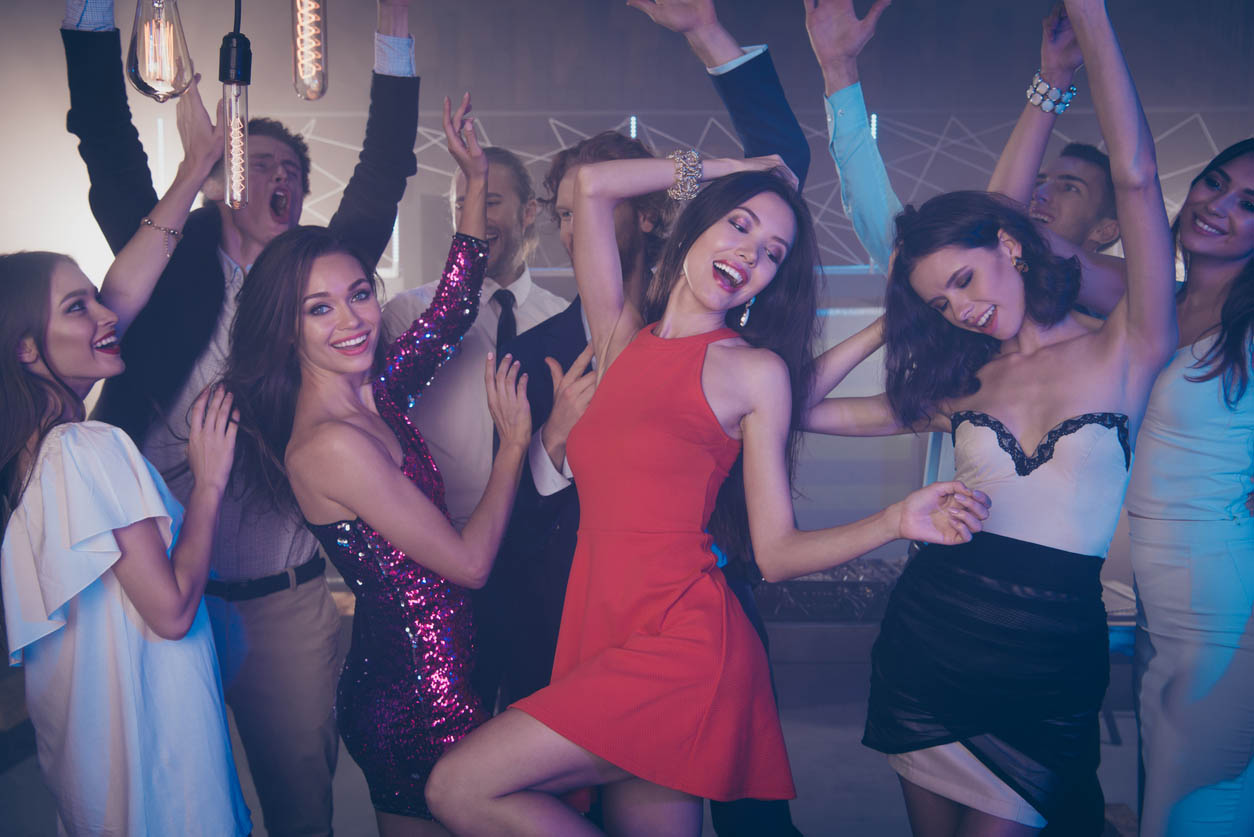 The prospect of intimacy draws men to clubs, but what draws women? If you ask them, they usually give two answers: to “dance” and to “spend time with friends.” But both can be done outside of the confines of a club, so what is the real reason? Women go to clubs because it is the most socially acceptable way for them to glorify themselves through the deadly sin of pride (i.e. gaining attention), often through dancing in a sexual manner, and also to achieve fornication with the least amount of effort, friction, and risk possible. Away from parents and parish, she is able to scratch her itch to feel both beautiful and sexual. While a woman doesn’t fornicate every time she goes to the club, it is simple to do so if she chooses.

As our lives move towards the virtual, the fornicative aspect of the nightclub is decreasing. Many men whine that things are not as easy as they used to be. This is because women are now getting a double dose of vanity and pride from using her virtual reality machine (smartphone). It’s common to see women in clubs spending more time chronicling the night with their smartphone for the men who lust after them online than to pay attention to the handful of real-life men beside her.

Men go to clubs to get intoxicated and fornicate, and women go to clubs to get intoxicated, fornicate, and feed their vanity. This is all facilitated by the default club setup. Most are dark, making everyone look more attractive than they really are, which encourages you to lust over just about anyone, especially if you’re a man. The strobe lighting disorients your sense of space while the loud, thumping music displaces pure thought. The pulsating beat of electronic music is what a zombie would prefer—unchanging and undead. The alcohol reduces your inhibition and any potential resistance to making a wrong decision. Soon you’ll wish for the night to never end, which is made possible by a series of afterparties and the uppers that are taken there. How can we not conclude that nightclubs are designed to bring people into sin? And what force or being in existence has tried to bring all of humanity into sin? Would he approve of such a place? 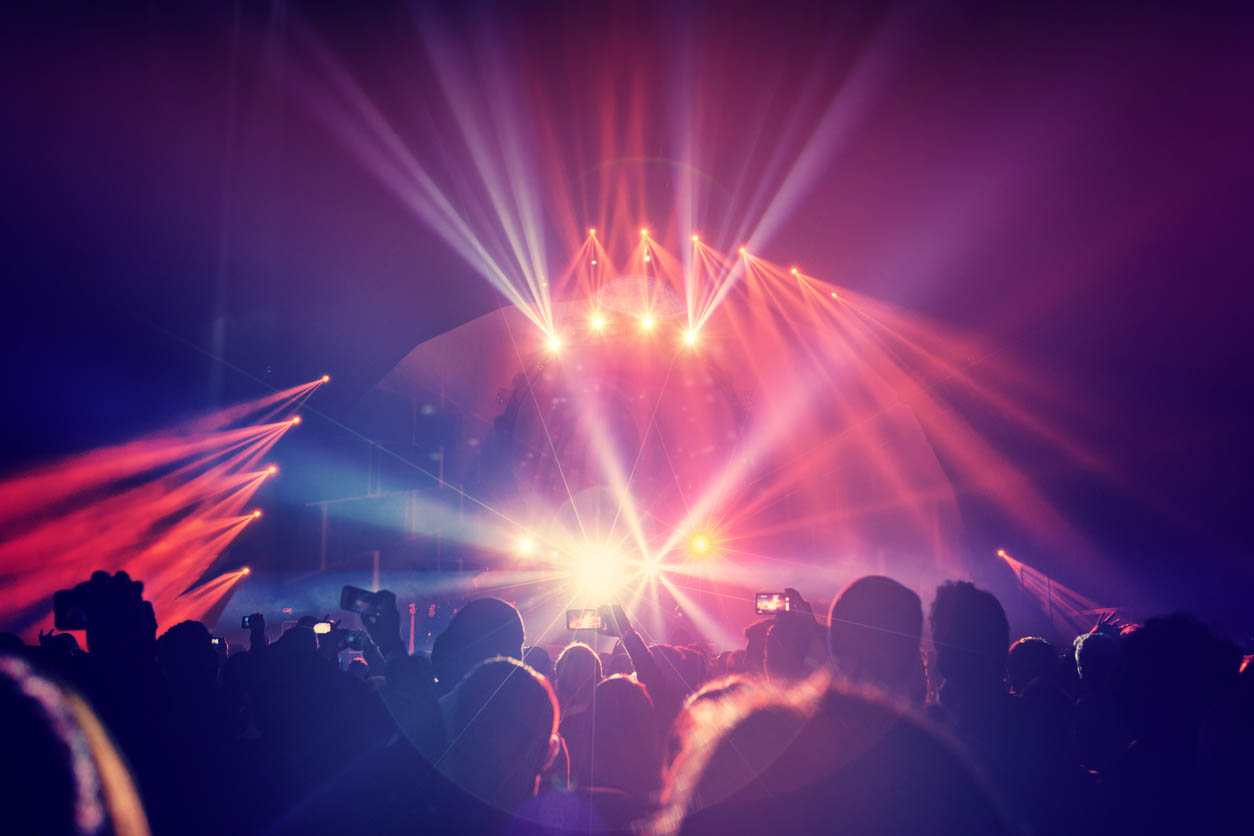 Last year, I joined a group of friends to hit a nightclub. By this point, I had stopped going to them, but out of camaraderie, I joined for a while. When we arrived at the club’s front entrance, I noticed an esoteric symbol on the door that looked like a maze. The text above it read “Give Me Everything.” It appeared that I was agreeing to some sort of contract.

Like most clubs, it was dark and loud. I sat on a couch and watched people on the dance floor. They were “dancing,” according to the modern definition, but it was more like a convulsion, a prolonged seizure captured in slow motion. There was little variance in their movements since the music was at a constant beat per minute. Several women, dressed in short skirts and tight pants, opted out of dancing and stayed focused on their smartphone, the glow of the screen revealing heavy applications of makeup. They texted, took photos, and captured short videos for Instagram stories that were meant to highlight how much fun they were having. Some girls came to the club to feed their vanity directly, but others came to record content and feed it to a much larger audience online.

To my right, a drunk man was groping a woman. Her breast was about to escape out of her top, but she was so drunk that she neither noticed nor cared. I looked at the DJ, the controller of the crowd, pleasing the dark spirits from his electronic turntable altar. He was on an elevated stage and bobbed his head continuously, and would occasionally do a fist pump. At that moment, I realized that all that was needed to convert this typical club scene into a full-on Satanic ritual was the DJ donning a dark robe, sacrificing a live animal, and spraying the animal’s blood onto the crowd. I doubt anyone would have felt surprised if he had done so. They were approaching a state of ecstasy, and only needed to offer a blood sacrifice to Satan to speed up the fulfillment of his worldly rewards. I left within an hour. By staying in such a place, I knew that I was giving a subtle form of consent to allow these worshippers of the dark to affect me in ways that can’t possibly lead to light.

Most people don’t give a second thought to participating in a behavior that “everyone else” is doing. How can going to nightclubs be wrong if a huge percentage of young people do it? This is the exact type of thinking that the oligarchs and culture-makers use to nudge you towards behaviors that steer you away from God. In Sodom and Gomorrah, “everyone” was engaging in some form of sodomy, and thought it was normal, but the destruction of those cities showed that following the crowd is foolish.

If we live in an inverted society, which I believe is the case, anything that is popular or trendy must by default bring you into the arms of Satan. In a Godly society, it could be fruitful to follow what everyone else is doing, but we don’t live in such a society, so you’re better off doing what no worldly person is doing. For me, that means not going to nightclubs, and not investing time into the women who do.