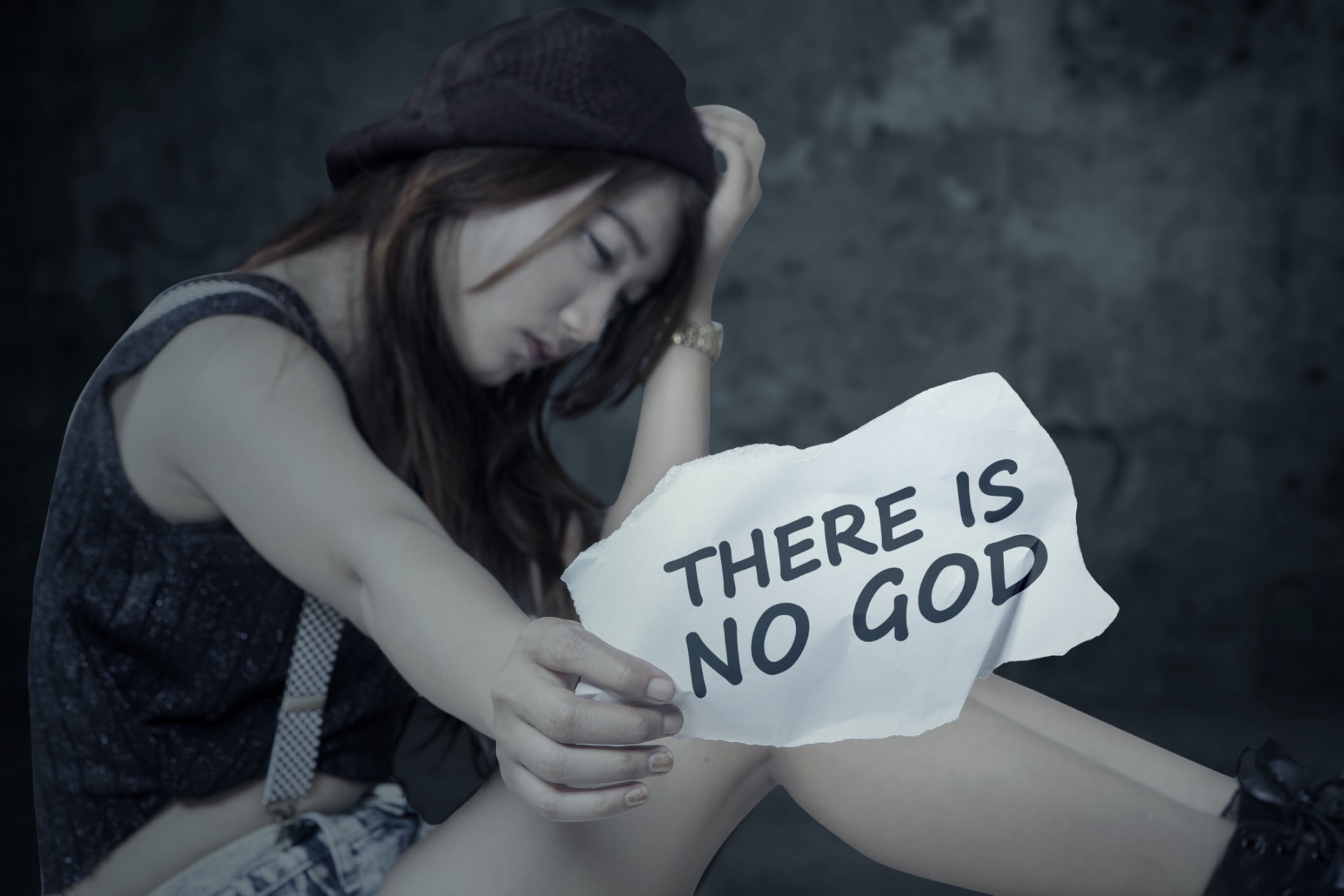 There aren’t many American Orthodox monks who are candidates for sainthood, but Father Seraphim Rose (born Eugene Rose) is one of them. He led a worldly life that included an illicit relationship before turning to Christ and becoming a light for the Orthodox faithful around the world. His academic and philosophical style has appealed to many who crave a sharp, intellectual theology. While that style is hard for me to grasp early in my walk with Christ, his book Nihilism is important reading to understand the root of our present-day maladies.

You must descend before ascending

From his own experience, Eugene believed that modern man cannot come to Christ fully until he is first aware of how far he and his society have fallen away from Him, that is, until he has first faced the Nihilism in himself.
—Introduction by Father Damascene

There is no redemption without a fall. While you could be an exception, God is likely to permit you to be under the throes of Satan until you choose Him of your own free will. And then He will help you begin your new life.

Nihilism has become, in our time, so widespread and pervasive, has entered so thoroughly and so deeply into the minds and hearts of all men living today, that there is no longer any “front” on which it may be fought; and those who think they are fighting it are most often using its own weapons, which they in effect turn against themselves.

Nihilism is baked into the cake of our society. Most nihilists don’t even know they are one. Recently I watched a news segment at my father’s house. It described how subterranean bacteria evolved hundreds of millions of years ago, as if it was an obvious fact and not the theory it is, and last year while visiting America’s national parks, I saw countless informational placards made by geologists that pegged the age of rock formations with as much confidence as I proclaim my age to you. God surely use long stretches of time in nature, but scientific information is presented to you without any scriptural context, and so you hurtle down the default orientation of nihilism, Big Bang theory, evolution from salty water, and all manner of made-up events to explain your existence.

Nihilism is the opposite of Christianity

What, then, is the nature of the Nihilist faith? It is the precise opposite of Christian faith, and so not properly called ‘faith’ at all. Where Christian faith is joyous, certain, serene, loving, humble, patient, submitting in all things to the Will of God, its Nihilist counterpart is full of doubt, suspicion, disgust, envy, jealousy, pride, impatience, rebelliousness, blasphemy—one or more of these qualities predominating in any given personality. It is an attitude of dissatisfaction with self, with the world, with society, with God; it knows but one thing: that it will not accept things as they are, but must devote its energies either to changing them or fleeing from them. it was well described by Bakunin as ‘the sentiment of rebellion, this Satanic pride, which spurns subjection to any master whatever, whether of divine or human origin.’

All truth leads to Christ

No one has rightly sought the truth who has not encountered at the end of this search—whether to accept or reject Him—our Lord, Jesus Christ, ‘the Way, the Truth, and the Life.’

…it is impossible to extinguish the thirst for truth which God has implanted in man to lead them to Him, and which can only be satisfied in the acceptance of His Revelation. Even those who profess satisfaction with ‘relative’ truths and consider themselves too ‘sophisticated’ or ‘honest’ or even ‘humble’ to pursue the absolute—even they tire, eventually, of the fare of unsatisfying tidbits to which they have arbitrarily confined themselves, and long for more substantial fare.

If you are honest about your pursuit of truth, you will come to Christ. It’s impossible not to. Many men claim to pursue the truth, as I have in the past, but apply that truth to primarily gain pleasure and worldly benefits. I shared the truth of fallen women and men and then used that within the confines of my bedroom to secure a steady supply of sex. I closed my eyes to anything that hurt my access to the female body. A tiny bit of truth gave me pleasure, I got addicted to that pleasure, and so my pursuit of truth was stifled.

Truth outside of God is demonic

It is the presumption of the fragment to replace the whole; it is the proud attempt to build a Tower of Babel, a collection of facts, to reach to the heights of truth and wisdom from below. But truth is only attained by bowing down and accepting what is received from above. All the pretended ‘humility’ of Realist scholars and scientists, these men of little faith, cannot conceal the pride of their collective usurpation of the throne of God; they, in their smallness, think their painstaking ‘research’ of more weight than Divine Revelation.

All Nihilists, but preeminently those of the greatest genius and the broadest vision, are the prophets of Satan; refusing to use their talents in the humble service of God, ‘They have waged war against God with His own gifts.’

I no longer see the value of receiving guidance or knowledge from someone who is not in communion with God. Just like how a broken clock is correct twice a day, the nihilist may very well be speaking the truth on some matters, but the secular packaging it’s wrapped in contains lies, urgings to participate in sin, profanity, vulgarity, and callousness towards life. I may observe the work of a nihilist to see what the nihilists are up to, and maybe to receive cheap entertainment, but when it comes to how I live my life, it’s safer to do the exact opposite of what they’re doing, just like how it would have been better for a man to do the opposite of me when I was deep into fornication.

The nothingness of nihilist existence

No man, we have said often enough, lives without a god; who then—or what—is the god of the Nihilist? It is nihil, nothingness itself—not the nothingness of absence or non-existence, but of apostasy and denial; it is the ‘corpse’ of the ‘dead God’ which so weighs upon the Nihilist.

[In the Nihilist universe] there is neither up nor down, right nor wrong, true nor false, because there is no longer any point of orientation. Where there was once God, there is now nothing; where there were once authority, order, certainty, faith, there are now anarchy, confusion, arbitrary and unprincipled action, doubt and despair.

The true Nihilist places his father [Satan] in things that pass away and end in nothing; all ‘optimism’ on this foundation is clearly futile. The Christian, renouncing such vanity places his faith in the one thing that will not pass away, the Kingdom of God.

He who does not live in Christ… already lives in the Abyss, and not all the treasures of this world can ever fill his emptiness.

Some men insist on learning this fact the hard way, or they think they are special enough to win when everyone else has lost. They really believe that they will be a champion of the world, but the higher they climb, the deeper the pit they dig, and the more divine the intervention they’ll need to be lifted out.

For Satan is the ape of God, and once divine coherence has been shattered and men no longer hope for the absolute coherence God alone can give to human life, the counterfeit coherence that Satan is able to fabricate may come to seem quite attractive.

In previous ages, people had stronger foundations of faith to fall back on. They were catechized as a child, went off into a world of sin and depravity, and then returned to the faith before it was too late, but today, when a person gets horrified by evil, they merely jump towards a new pleasure or sin.

Christian compromise in thought and word and negligence in deed have opened the way to the triumph of the forces of the absurd, of Satan, of Antichrist. The present age of absurdity is the just reward of Christians who have failed to be Christians.

The apostasy began a long time ago. The comfort, wealth, and mass-produced entertainment that the industrial age brought forth pulled society away from God. Weakened in faith, people no longer had any defenses to Satan’s schemes, from abortion to institutionalized pedophilia. The world is crumbling around us while moderners covet their smartphone, Tinder matches, OnlyFans revenue, and Starbucks coffee, believing they are just one more achievement away from happiness, but there is no worthy achievement apart from God.

From faith comes coherence. The world of faith, which was once the normal world, is a supremely coherent world because in it everything is oriented to God as to its beginning and end, and obtains its meaning in that orientation. Nihilist rebellion, in destroying that world, has inspired a new world: the world of the ‘absurd.’ This word, very much in fashion at the present time to describe the plight of contemporary man, has actually, if properly understood, a profound meaning. For if nothingness be the center of the world, then the world, both in its essence and in every detail, is incoherent, it fails to hold together, it is absurd.

If man is after all to end in nothingness, then in the deepest sense it does not matter what he does in this life, for then nothing he may do is of any ultimate consequence, and all talk of ‘living this life to the full’ is empty and vain. It is absolutely true that if ‘there is no immortality’, the world is absurd and ‘everything is permitted’—which is to say, nothing is worth doing, the dust of death smothers every joy and prevents even tears, which would be futile; it would indeed be better if such a world did not exist.

We all are living in the clown world of an inverted society where evil is promoted as virtue and good as sin, but God knows how to turn evil to good. Like myself, many of you have recently humbled yourself before Him in part from being a witness to evil.

Nihilism by Father Rose had more of a philosophical tone than books I prefer, but it provided great value in showing me what godlessness really can bring—hell on earth. I pray to God that He can give us the strength to endure the severe tribulations that are sure to come in our lifetimes, to release ourselves from the bondage of this world and to prepare for the world to come. 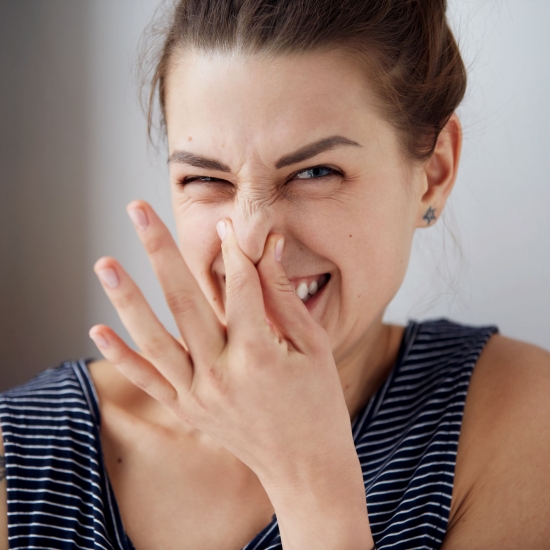 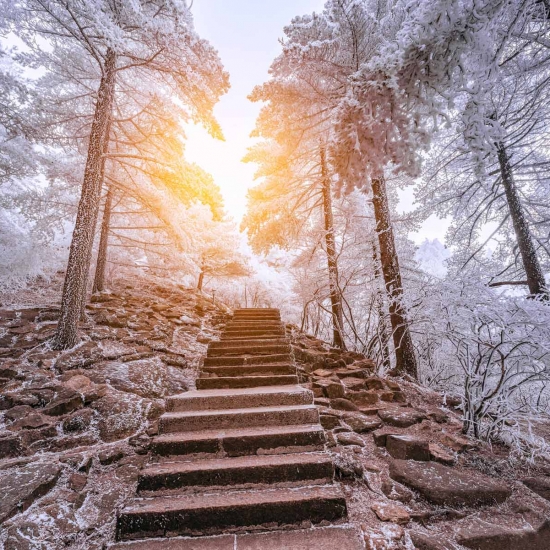 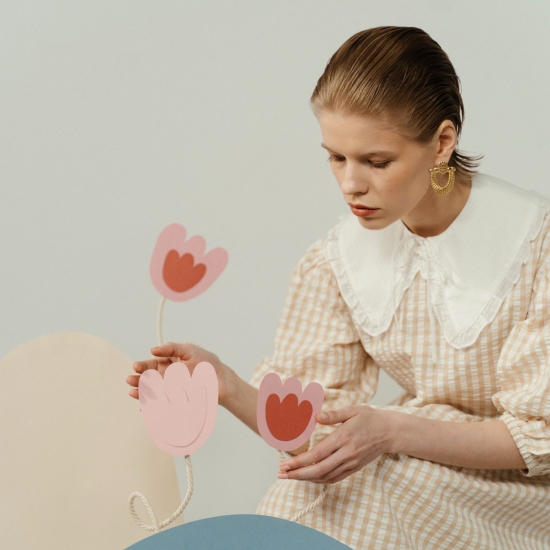