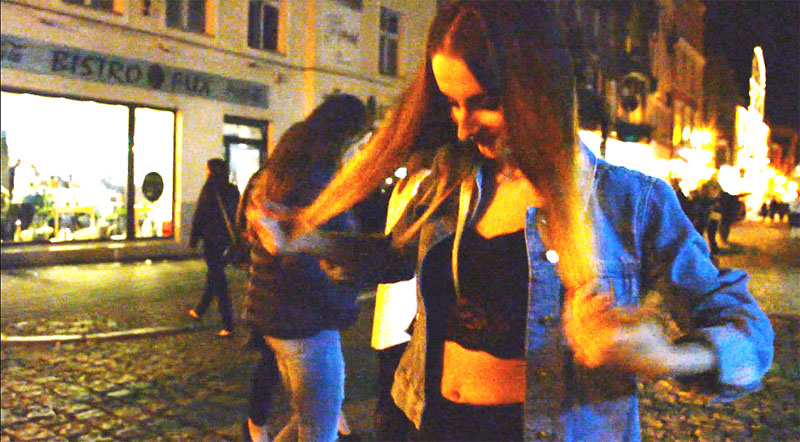 One of the reasons that Poland is on the decline is because young Polish women are buying into Western pro-sterility ideas, choosing to spend the bulk of their good years searching for stable office work and reality show excitement instead of trying to secure a good man to start a family with. This fact is confirmed by the increased percentage of girls I’m meeting who are on birth control even though they are not in a serious relationship. The current social justice Pope has so far not objected to their newfound lifestyle.

I’m sure that in ten years you won’t even have to ask a Polish girl if she’s on birth control, just like in America. They’ll all be on it by default, eagerly ravaging their endocrine systems just to maximize the sexy men they can fuck without consequences. To document this problem, I went on the streets of Poznan to ask both Polish men and women what they wanted in life. If Polish society was healthy, men would claim they want a good job (to take care of their family) while women would claim they want a good man. Watch for yourself:

It never happened that a woman first stated she wanted a good family before her job, and the more attractive the girl, the more likely family wasn’t even in the answer, mostly because she was already on the carousel and having way too much fun. It’s easy to see how the elite designed their cultural programs to get to the women before the men, who stare off longingly into space when talking about creating their own nuclear families.

There are two roads any society can now take: sterility or life. If a society is promoting women to work, consume entertainment, engage in promiscuity, take birth control, and practice abortion, they are promoting sterility, broken societies, and a guaranteed decrease in birth rates. If a society promotes family, belief in a higher power to help tame hedonistic urges, monogamy, patriarchy, and female housekeeping skills, they are promoting life, healthy societies, and an increase in birth rates.

Read Next: 5 Reasons Why You Should Reconsider Going To Poland