I stumbled on a DC blog the other day called Holla Back DC. The female blogger receives submissions of girls who were hit on by guys on the street, deeming it SEXUAL HARASSMENT. She pins the episodes on a custom Google Map, which she hopes will serve as a public service for other women.

I turned and the man started asking me if he could have my number to call me sometime. I politely explained that I am married and hoped that would be the end of it (it never is!). He then proceeded to ask me if I would go to happy hour with him and his friend. (Sounds like a really great, safe idea, right? Ugh.) Again, I politely told him that I would not jeopardize my marriage under any circumstances.

The older man standing next to me leaned over and said, “You have two weapons on you, do you know that?” I ignore him. He says, “Your legs – those are your weapons.” I look right at him and say, “I don’t appreciate it when you make comments about my legs, you don’t even know me.” He shakes his head at me just as the light changes. As a walk down the escalator at the U Street metro I see him harass another woman.

Don’t be fooled by the attention whoring of these women: they like getting cat called. If you read through the blog you will see many cases where the women encouraged the men by responding back and answering questions. They have an innate need of wanting to be desired by the opposite sex, but their logical brain has to account for the feminist brainwashing that is guiding their current life choices. The end result is a behavior of writing in to some retarded blog to chart “harassment,” also known as human fucking nature.

Since it’s rare to see hogs getting cat called, my guess is these feminists at least have a pretty face or body. Let’s say the girls look something like this…

Not bad, but in short time she is going to look like this: 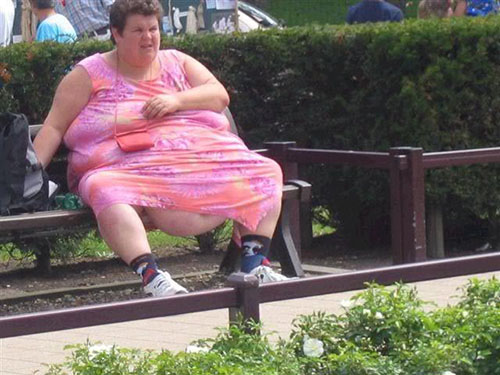 No amount of spray-on tanning, salon haircuts, or organic food will prevent this painful transition. Please prepare yourself for upper arms the size of papayas. 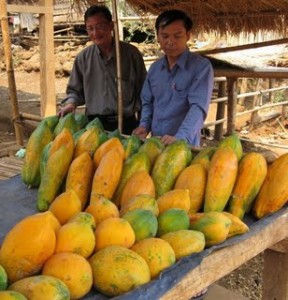 How many times do you think the girls will get cat calls in ten years? Zero. It simply will not happen. She will be invisible to the eyes of man, a non-entity, and that’s when I guarantee you she will miss the days when stocky Latinos considered her a sexual creature.

The one thing that bothers me most is the amount of control these women hope to strangle life with. Now they want attention only when they give permission. It’s not enough that men need consent to engage in hetero sexual relations, but today’s feminist wants to play God in simply who gets to exchange words with them in public. If it’s not in a way that she deems inappropriate, then it’s an unlawful, arrestable defense. Feminists want to make bad pick-up lines punishable by jail time. Take a minute to imagine how it would be like to have a relationship with these types of women.

“Stop giving me those googly eyes. We’re not having sex tonight!”

“Ouch stop pulling my hair. Treat me with the respect I deserve!”

“Don’t peel the carrot so deeply. The skin is not that thick! You’re wasting perfectly good carrot idiot!”

Holla Back girls, just be patient. Your “problem” will rectify itself, and soon enough absolutely no man will desire you except the sorry sap of a husband you’ve learned to dread having sex with.