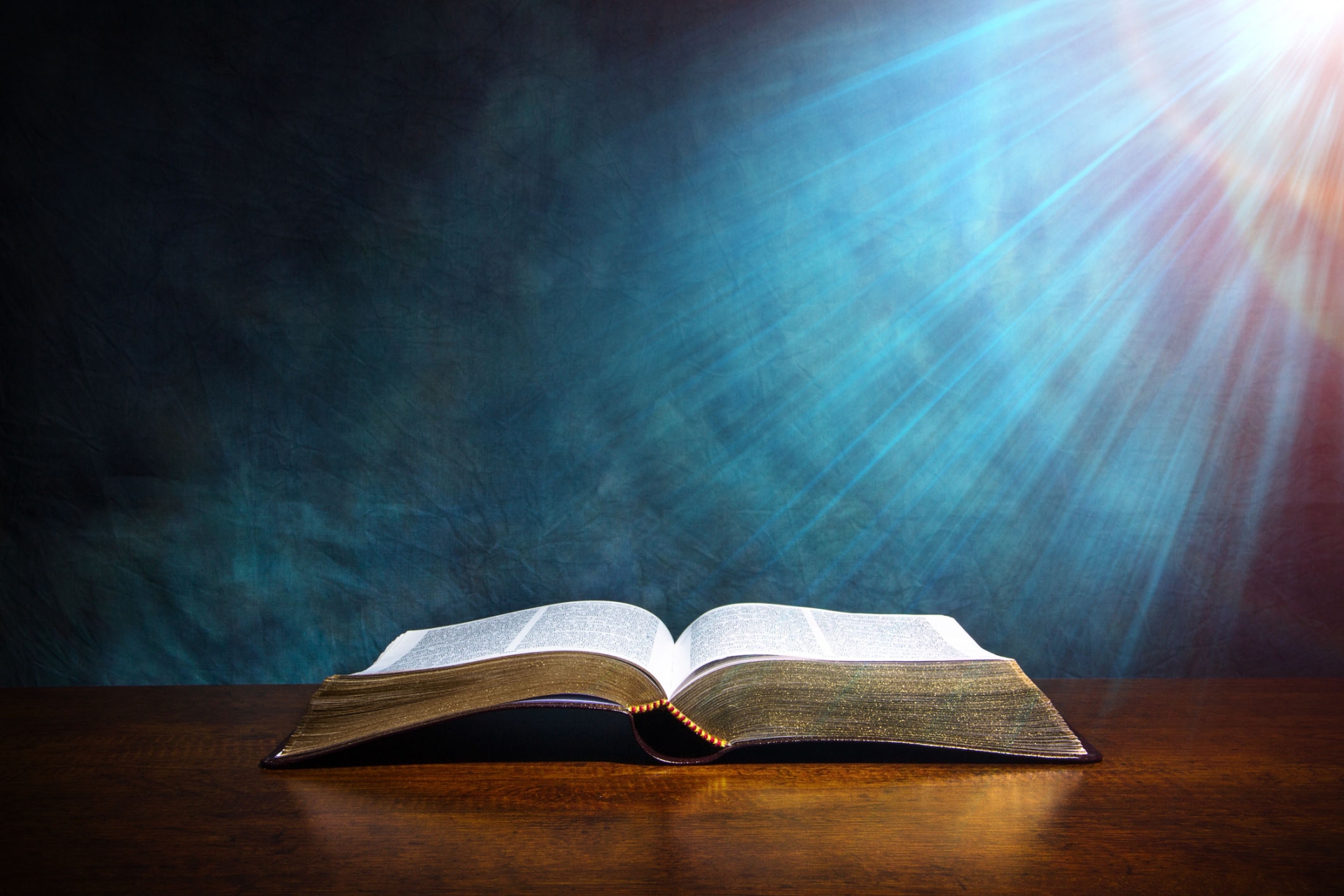 The Book of Acts continues where the Gospels left off and shows us how God further instructed the apostles through the Holy Spirit, the third person of the Trinity. It’s also important in documenting the early history of the Church. Archbishop Averky, former abbot of Holy Trinity Monastery in Jordanville, New York, offers a sound exegesis of the book in his volume The Acts of the Apostles. My favorite passages are highlighted below.

Why the book of Acts is so important

In this book, we see the fulfillment of those prophecies that the Lord uttered to His apostles in the Gospels. In it, we see the triumph of the faith of Christ over this fallen world, in spite of the human frailty of the apostles who had no money to ensure the success of their mission. In this book, we see how the apostles themselves became completely different people after the descent of the Holy Spirit. Fearlessly, with great self-rejection and courage, they preached the faith of Christ to the very end of the Greco-Roman civilized world, despite grievous persecutions. In a short time, they established many Christian communities who lived in the spirit of the commandments of the Gospels. The Book of Acts vividly shows us that the preaching of the Apostles was not the work of man, but of God…

Being filled with the Holy Spirit on Pentecost

Even before [Pentecost] the apostles were given some spiritual gifts, but now they were filled with the Holy Spirit, for the fullness of gracious spiritual gifts now had descended upon them. They were transfigured, purified, sanctified, and enlightened by the action of the Spirit of God. It was as if they became completely different, new people, with the Holy Spirit as their constant inspiration and guide. The external manifestation of this grace-filled transfiguration was the speaking in tongues, something that Christ Himself foretold (Mark 16:17). As soon as this divine fire lit their souls, they began to praise and thank God in the natural exuberance of their holy ecstasy, glorifying the majesty of God.

It was appropriate for the grace of the Spirit to be given on the same day as the giving of the ancient Law [Jewish Pentecost], because as the Saviour willed to commit Himself to His passion in no other time than the time of the killing of the lamb, in order to tie the truth with the prefiguration. Thus also the coming of the Spirit could not have been given at any other time than the day when the Law was given, in order to show that the Holy Spirit is the same Lawgiver of both the Old and the New Covenants… In the same way that on Pentecost sheaves of the new fruits were gathered by many people from many different places to Jerusalem, so on this day it was appropriate that the first fruits of all nations living under heaven should gather into a single sheaf of piety, brought to God through the apostolic preaching.

The foreknowledge of God

It is important to note that [God’s] foreknowledge does not destroy human free will, for the predestination of God, expressed in prophecy, is founded only on His foreknowledge. God knows how a person will use his free will, and depending on this free choice, God predestines.

The gift of the Holy Spirit to Orthodox Christians

Before the coming of Christ, the greater part of mankind, the Gentiles, were deprived completely of the gifts of the Holy Spirit, while grace was given to some of the Jews who were chosen for a special ministry. In Christianity, every one of the faithful receives these gifts of grace through the sacraments.

The beginning of Christian worship

Every day, the Christian community participated in worship at the Temple of Jerusalem. Christianity was not a sect within Judaism, but rather, it was the completion and fulfillment of true Judaism. The entirety of the temple worship was established on the expectation of the Messiah, and so Christians could freely worship in the Second Temple. Because the Christians believed in a Messiah who had already come, their own unique worship would need time to develop in a form distinct from the worship of the Old Testament Judaism.

The beginning of such unique Christian worship was the establishment of the sacrament of the Eucharist, which in Acts is called the “breaking of bread.” To celebrate this mystery, the first Christians gathered in private homes—“from house to house”—where the Eucharist would be served in conjunction with the evening agape meal. The general character of these Christian gatherings is characterized by these words: “with gladness and simplicity of heart.” This is the fruit of living faith and the purity of a heart deeply involved in a burgeoning spiritual life, illumined by the abundant gifts of the Holy Spirit. Because of this, Christians were a model of true piety, even for the rest of the Jews who did not believe in Christ. Therefore, many respected them as “having favor with all the people.” This favorable reputation of Christians was the reason for the gradual increase in converts, an event that St Luke ascribes to the work of the Lord Himself: “and the Lord added to the church daily those who were being saved.”

The more severe the persecutions of the newly established Church, the more manifest is the miraculous help of God. By the command of the angel, immediately upon their release, the apostles fearlessly returned to preaching openly in the temple. This remarkable boldness and courage can be explained only by the grace of the Holy Spirit encouraging their natural strength, making them fearless.

The mistakes of Protestants

…to the end of his days, [Apostle Paul] resolutely battled [the delusion that Christians must follow the Mosaic Law], and all his epistles are imbued with the thought that man is justified by faith in Christ, not by the works of the Law. This thought unfortunately has been perverted by the Protestants, who teach that good deeds are not necessary for salvation, even though Apostle Paul would never even think of maintaining such an idea. He insisted on the irrelevance of only the Mosaic Law for Christianity. “The works of the Law” refer only to the rites of the Law of Moses, not to good deeds in general.

At only 120 pages, Archbishop Averky’s The Acts Of The Apostles is a quick read that can be tackled alongside reading the Book of Acts. If you were edified by his Orthodox exegesis of the Gospels, you will enjoy this book as well.

Learn More: The Acts Of The Apostles on Amazon

I am a huge fan of the Epistles and Acts of the Apostles. As a practical guide for understanding the call and challenges of evangelization for Christians, they're absolutely essential.

At first I saw the title, and thought "What kind of question is this? Of course Christians should study Acts!". However, then I saw it was the title for Roosh's blog post, and understood.

Archbishop Averky’s looks very interesting, and I plan to reread the book of Acts itself in the coming week or so.

Thanks for the article, Roosh.

At first I saw the title, and thought "What kind of question is this? Of course Christians should study Acts!".

Are you accusing me of Ortho clickbait? ;)

Are you accusing me of Ortho clickbait? ;)

Here are five reasons why I would never accuse you of that. The last one will really surprise you!
1. I saw the title before I knew who made the post
2. etc.

Anyway, I don't want to make light of the topic. I always viewed Acts as being right up there with the four Gospels as a key book in the new testament.

Dorcus and Timon are pretty great names. <3 Will absolutely be naming my next Tabi cat Dorcus.

Dorcus and Timon are pretty great names. <3 Will absolutely be naming my next Tabi cat Dorcus.

Luckily it's not your imaginary cat? Sorry to offend you. I just started reading it and liked the name! I thought it was cute because it was Tabitha in Greek and we keep a lot of Tabby cats.
Also, I think it's a good way to teach your children liminal information they might not otherwise ever absorb about their faith, in the absence of a proper Christian education.

This is the Church's view in general.

This is the Church's view in general.

This surprised me. I learn something new every day, it seems.

you're right, It could be snarky. But maybe back then it wasn't. Truly those folks didn't have internet, or even newspapers, to inform them. Maybe Saint Paul was being charitable, asking sincerely.

Oh I very much doubt it was snarky. I just love the (translated) phrase because it sounds that way.

This surprised me. I learn something new every day, it seems.

Honestly. I can't tell you how much I have learned from studying etymology in my tiny world!

I don't know anything.

He insisted on the irrelevance of only the Mosaic Law for Christianity. “The works of the Law” refer only to the rites of the Law of Moses, not to good deeds in general.

But when the Pharisees heard that He had silenced the Sadducees, they gathered together. Then one of them, a lawyer, asked Him a question, testing Him, and saying, “Teacher, which is the great commandment in the law?”

So yes, good works, i.e. the Moral Law, are indeed a part of the Law; not just the Ceremonial Law.