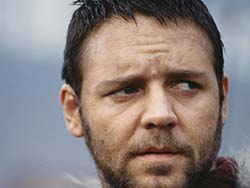 Favorite quote: “My name is Gladiator.”

This is the best movie ever made. Whenever a girl asks me what my favorite movie is and I tell her Gladiator, she rolls her eyes and tells me my stock has decreased, perhaps hoping that I would be “above” such a film and instead mention some indie flick that changed the world. As intelligent and cultured as I am, Gladiator contains everything a real man could possibly want in a movie: brutal violence, sword-play, strength, honor, offscreen rape, incest. I identified so much with the hero Maximus due to our similar life arcs that I cried when he died at the end, and I’m proud to admit that. 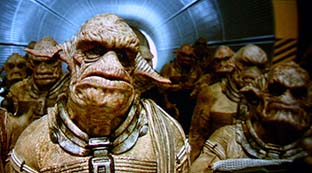 This is one of those movies that you find more and more brilliant each time you watch, sort of like Big Trouble In Little China. There is just so much going on: mongoloids, supreme being, Deebo as the President, robot bartender, Chris Tucker, Zorg, Aziz’s light, and so on. The only reason this is not the best movie ever made is because I did not cry. My entire sense of humor can be contributed to this film, and it’s not even a comedy. 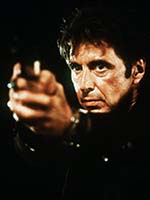 Favorite quote (more like important life lesson): “You want to be making moves on the street? Have no attachments. Allow nothing to be in your life that you cannot walk out on in thirty seconds flat if you spot the heat around the corner.”

There is an underrated movie that doesn’t get a lot of buzz. People go in thinking it’s going to be this huge action movie and are disappointed when it turns out to be a three hour character movie centered around Al Pacino and Robert DeNiro. It’s the last good movie that Robert DeNiro starred in before he started appearing in dreck like The Adventures of Rocky & Bullwinkle, Analyze That, and Meet The Fockers. I find the bank robber story to be just a device to let the actors work their magic. Like me, I think that you will reevaluate your life after watching.