Most of you already know what’s in store for a “beta provider,” a man who wifes up a harlot without understanding the true nature of women. By seeing her as virtuous and honest, he sets himself up for being controlled in a miserable marriage that ends in a divorce, leaving him financially destitute and unable to maintain custody of his children. Any man under the age of 40 who marries a woman today with a promiscuous background has no excuse for such a mistake because there have been ample warnings on the internet for well over a decade. With ROK having been in the news multiple times, a man has certainly been exposed to our ideas more than once.

By refusing to take on the beta provider role, it may seem that the only option left for a man is to be an “alpha male,” a leave-’em-and-forget-’em stud who maintains large harems of women that please him on demand thanks to his hard frame and aloof attitude. His knowledge of the true nature of woman, however, causes him to develop a visceral opposition to marriage, and it’s assumed that an alpha male stays in the game indefinitely.

But there’s a problem. What if you’re an alpha male who wants to create a family, not from loneliness or needing a woman, but to be a father in the traditional ways of the past? You would have a steady income where you can maintain a patriarchal household with a submissive wife who mostly stays at home and understands your leadership role and the parental involvement necessary for raising your children. Is it possible for this “alpha provider” to succeed in the modern world?

The term alpha provider was first used by Donovan Sharpe in January 2015 over at ROK:

He brings home enough bacon to provide his woman the kind of lifestyle that gives her validation and comfort, as well as providing for their offspring. Keeping himself in optimal physical condition assures his woman of good, masculine genes making her willing to bear as many of his children as he wishes.

The fabled Alpha Provider is the captain of his ship and has the genuine respect and adoration of both his woman and his children. He does not tolerate foolishness in his household and is quick to punish such shenanigans. But he is equally bountiful whereas he rewards his woman for the nurturing of his brood, her sexual loyalty, and the upkeep of his domicile and property. Though it took him quite a while, his patience and red pill wisdom allowed him to successfully find a woman worthy to be his first mate.

A man such as this is the object of every female’s desire and they seldom hide it, often openly flirting with him even in the presence of his woman. This is precisely what keeps her motivated to stay fit and feminine while keeping him sexually satiated and his domain in pristine condition.

It’s certain that you have descended from alpha providers of the past. They were masculine and strong enough to defend the home (or cave) against mortal threats while providing the food and shelter that allowed your bloodline to continue. It’s only now that the idea of a firm male leader within a home is considered “misogynist” and part of rape culture.

You may hate the idea of children today, but tomorrow will come 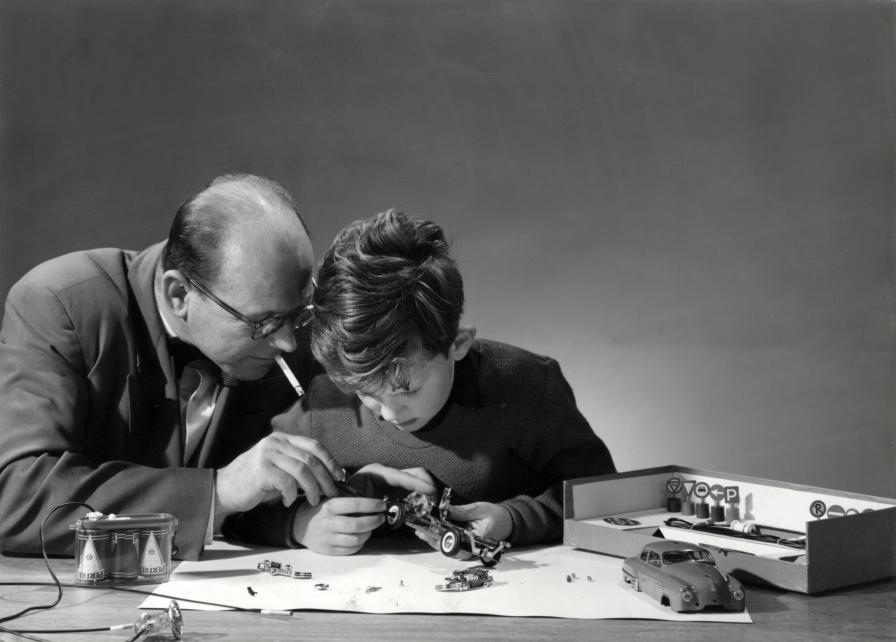 When I was in my late 20’s and early 30’s, I never considered having children, but now that I’m in my late 30’s, the prospect doesn’t seem so bad, and I envision myself as being a good father who could teach my future sons and daughters important wisdom and truths of the world that allow them to live in harmony according to their individual natures. The alpha provider role may be a good fit for me, but is there any space for it to exist in society today? What will happen to a man who wants to follow patriarchal ideas of old when feminist laws are in place to sabotage his attempt?

I already have a firm idea of what type of woman would complement me if I take on an alpha provider role. In 7 Things I Require In The Future Mother Of My Child, I listed the following traits:

1. She must be between 18-25 years old
2. She must have less than three prior sexual partners
3. Her physical attractiveness should hover around the 7 range
4. Her skin tone should be within two shades of myself
5. She must be feminine
6. She must want to be a traditional stay-at-home mother
7. She must believe in a god

But now I must create another list for the location that I could potentially reproduce with such a girl. To begin doing so, I have to consider the following:

1. What is the divorce rate of the country I want to have children in?
2. What are the divorce and custody laws like?
3. What have been the experiences of foreign men who have married there?
4. What is the country’s birth rate and receptiveness to family formation? How do people view the nuclear family?
5. Does the country have values that are multicultural and atheist or traditional and spiritual?
6. Will there be degenerate cultural forces that try to ruin the stability and happiness of my family?

There are many countries that we know have feminine women, particularly in South America, Eastern Europe, and Southeast Asia, but just because a country has pretty women doesn’t mean it’s automatically great for something more than casual relationships, especially when many countries I’ve been to wholeheartedly support women in the workforce, delayed motherhood, and easy divorce.

We have the knowledge on where to find pretty women, but now it’s time to examine exactly where a man who strives to be an alpha provider can create his own castle without government interference or cultural oppression. From the looks of it, it won’t be in the Western nations that we were born in.