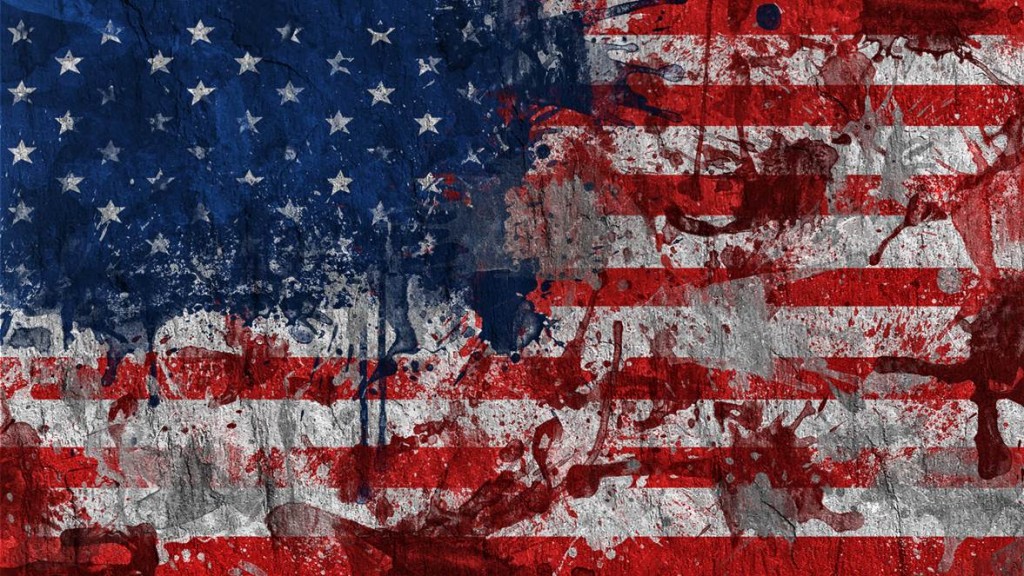 Wrecking a prosperous country is a difficult task. Anyone who attempts it must have a strategy to subvert its biggest institutions from within, which includes the military, media, academia, and government. To accomplish it in the fastest and most efficient way possible, you would need to find percolating ideologies that has America hatred built-in before elevating its adherents to positions of power and influence. This is exactly what has happened in the United States.

Most of academia hates America. If you told them that in fifty years America will possess a world culture and that those with European ancestry will be an oppressed minority, a huge celebration would take place in universities throughout the country.

Most of the media hates America. In news broadcasts, movies, television shows, and newspaper articles, fantasy notions of egalitarianism, “white privilege,” and America privilege are allowed to brainwash citizens to feel guilty that their ancestors created a great land.

Most Pentagon bureaucrats who control the military hate America. In the most shameful social experiment that the Western world has seen, the military is becoming a gay pride parade before our very eyes while being weakened with the introduction of emotional women into key combat roles. The military will soon be unable to defeat even third-world enemies.

Most feminists, social justice warriors, liberals, and even conservatives hate America. The entire range of the political spectrum have been infiltrated and corrupted by those who want to give an unholy death to traditional American values. Consumerism, nihilism, and Islamic and Mexican interests will take over instead.

Most US politicians hate America. They are traitors who are legislating anti-American policies to the highest globalist bidder in order to enrich themselves. They wrap themselves in the America flag to suckle at the treasury before going through a revolving door that leads to corporate riches.

Most Silicon Valley technologists hate America. They create apps and devices that are tearing apart the social fabric of family and tribe while hurting the middle class. Then they use their newfound billions in wealth to agitate for gay marriage, transsexual rights, and open borders.

If you are to accept my argument that the cultural and political elite hates America, we must logically conclude that an individual or idea that is supported by the establishment also hates America, or at least pushes an agenda that will certainly lead to America’s decline. If the mainstream media reports on someone in a favorable light, that person hates America. If they report on a specific public policy in a favorable light, it will lead to America’s destruction. If the mainstream media reports on someone in a negative light, they love America, or at least promotes ideas that would lead to a stronger America.

George Orwell once said, “In a time of universal deceit, telling the truth is a revolutionary act.” Applying it for our purposes leads to the following: in a time where anti-America agendas are wrecking the country, ideas or individuals who are consistently attacked must therefore lead to a stronger America.

It’s no coincidence that anyone who preaches the following ideas will be denounced with a label like racist, misogynist, homophobe, or Nazi:

Compare that to issues on the following list, which are consistently supported by the elite and their institutions:

Because I support a handful of items on the first list, you will never see me embraced by the establishment. For the rest of my life, they will be a thorn in my side, using intimidation, character assassination, and fear in order to shut me down. What you saw in Canada is a sign of how much energy they’re willing to spend to silence me.

I’m taking notes on who is attacked in the media and who is not. If they are attacked, that must mean their ideas threaten the establishment, so I will either become their allies or at least not attack them myself. For example, have you noticed that men’s rights activists are constantly attacked while the men going their own way group (MGTOW) is not, and even discussed sympathetically? It’s because the latter group promotes social isolation and reproductive sterility, which matches the establishment’s depopulation agenda. On the other hand, white nationalists are being roundly attacked through the proxy of Donald Trump. Therefore the latter group must have at least some ideas which strengthen America.

While I will not become a men’s rights activist or white nationalist myself, it appears that our sphere has matured enough that petty in-fighting can be discarded to focus on a powerful enemy. As long as you remember that those who hate America are promoted on mainstream channels, shows, networks, and platforms, you’ll easily be able to decide who is on the right side of this war and who is not.

Read Next: 10 Reasons Why Heterosexual Men Should Leave America