Why can’t the Muslims, Africans, and Indians be more civilized like people in the West? Why do they insist on endless breeding when their children have no chance of attending an Ivy League university? Isn’t there a way we can help them to see the light of civilization, rationale thinking, and clean hygiene? These are questions you may have asked at some point when looking down on the third-world barbarians, but from the perspective of nature, it’s not them who are the problem. We are the problem. We are the defects of nature that will be eradicated.

Nature does not care about education, “high quality” offspring, college degrees, equal rights, cleanliness, sustainability, philosophy, or the environment. It cares about fertility and might, and the species or race that is most fertile and most powerful will be rewarded with the bounty that the Earth provides. The people who are able to take over the planet in sheer numbers, regardless of their intelligence or manners, will come to rule the world, just like how homo sapiens came to overrun the more intelligent Neanderthals by breeding at a far superior rate. The most intelligent race on the planet can use their smarts to fortify themselves in caves as the more numerous barbarians take over the planet, even if they’re nothing more than mindless zombies. 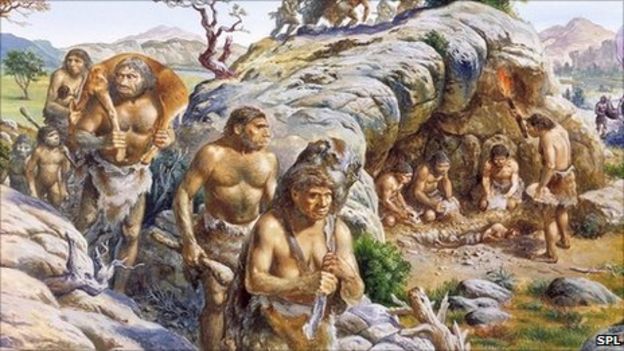 Rational thinking from the enlightenment era, when taken to its logical end in proving that families, divinity, and traditional standards aren’t necessary, along with the notion that the individual is God, leads to the suicide of society. Rationale, in it’s beautifully cherished civilized form, leads to the end of any race who participates in it, while the stupid barbarians with IQs of 95 or lower, who follow a 1400-year-old book that implores them to conquer and chop off heads, continue to multiply and take over more lands.

We are the mistakes of nature. We are the grotesque. We have been condemned for replacement, forsaken by God for enabling over one billion abortions in just a few decades while we attempt to change the rules of nature, to declare man woman and woman man. Our goal is not one of spiritual enlightenment but of achieving the most vile feats of degeneracy.

Because of our cultural and biological sterility, I believe we have been fated for destruction. Even though this end stares us right in the face, the best we can muster is a few rants on internet web sites, while the barbarians are raping, conquering, and breeding. I promise you they will win. History shows that the barbarians always win. They are the solution to a broken people. They faithfully worship their gods while we worship our Facebook likes and celebrities. We are so hopelessly sterile, so anti-life, that nature will celebrate when we are replaced by those who can barely read. But they will treasure the life of their kind, and that’s enough.

Even if we solve all the political problems of the day, and neutralize the most vulgar of our society, what are we left with? A shrinking population and citizens so atomized that they are even losing the ability to communicate with each other, who have to use computerized apps and alcohol to fornicate while the female is on sterility medication, which her parents awarded her upon turning 16 years old. Our punishment is coming. Lands of the West will be given away, and even if the barbarian horde can be beaten with technology, there will be a day where there’s no man left to stand against them to push the kill button. The barbarians will inherit the new world until they become civilized themselves and the cycle renews once more, like it has many times in the past.

Nature doesn’t care about your egalitarian laws or your superior IQ. It cares about reproduction and power, and what the barbarians lack in intelligence, they make up for in life energy. We are the anomalies, we are the mistakes, and unless we re-discover the ways of family, tradition, and God, we must be ready to accept the inevitable end that it was us who became so weak as a people that we didn’t even bother having a gate, and that all the barbarians had to do was walk right in.