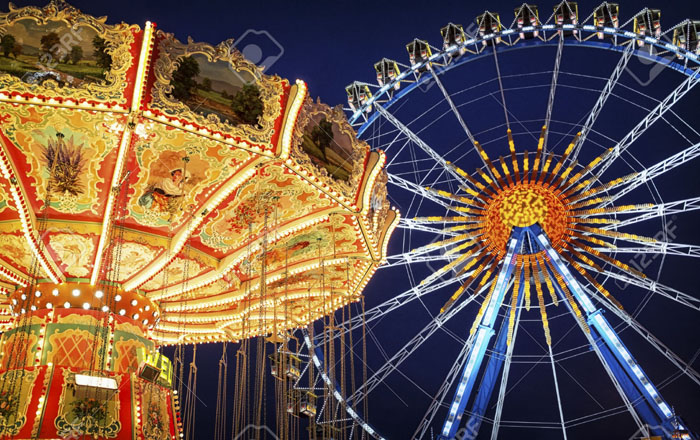 Many men are doing things they think are giving meaning and fulfillment when actually they’re merely experiencing entertainment for the short term. If you’ve ever gotten bored of something that used to excite you or make you happy, you have discovered an activity that not only has served little benefit to you, but also taken you away from your true purpose.

In my mid 20’s I began restructuring my life to permanently travel and sleep with foreign babes. Through strenuous labor, I accomplished both tasks. I have traveled to approximately 30 countries and have slept with many sexy women within them. I fulfilled what I thought was the objective of my life, but as I write this now, I do not care about travel and do not care about sleeping with more women beyond my physical sex need. I thought these activities were life purposes that I would do until I die, but they instead were short-term hobbies that I eventually got tired of.

If the behavior you’re doing is putting you through a rapidly repeating cycle, you are doing something without deep meaning. For example, I’m sure you know people who are stuck inside the following cycle: office work, entertainment, alcohol, casual sex, office work, entertainment, alcohol, casual sex. At just about the time you get bored from one activity, you spin the wheel to reach the next meaningless activity. The cycle repeats itself endlessly with no possible goal besides filling your days with something novel and stimulating enough that you’re able to endure it before the wheel moves again.

When you’re doing something that has a defined purpose, the cycle is replaced by a line that contains a defined beginning, middle, and end. The objective is reached once the purpose has been fulfilled. If you are a member of a hunter-gatherer tribe, your purpose is to defend the tribe as long as you are physically able to ensure its survival and bear children that make it to reproductive age. Once your children become independent and you served your duty to the tribe without placing a burden upon it, you could die without regret. Since your purpose was served, there would be little or no fear of death. Compare that to modern living, where you just live for the sake of getting through a day in the most pleasurable and entertaining way possible.

When you don’t have a purpose, and you are spinning around on one of numerous wheels of novelty, you fear death greatly, because you know deep down that you have not fulfilled a purpose that is compatible with your nature. In fact, you try to stop the very forces of nature by getting plastic surgery, taking various drugs or products to make your aesthetic more youthful, or pumping your body with hormones to duplicate the energy of your 20’s. If you were on a purposeful path that has a beginning, middle, and end, you would not fear aging or even be disturbed by it, because you would have already been well on your way to completing a higher goal.

Nearly everything you do in life is within the cycle of novelty. Travel, sex, partying, chasing money, accumulating material possessions, pursuing fame, and consuming entertainment are all activities that spin you around the wheel, but which will give you no lasting satisfaction. In your inevitable malaise, you seek to increase the dose by doing more travel, having more sex, making more money, achieving more fame, but the wheel keeps spinning. You’re stuck in it, and as long as you avoid your real purpose, you will never get off. After so long of spinning on a wheel, you may not even be able to live without it.

What is the real purpose of man? What has an end where you can accept that your purpose has been reached and release your body back to nature? For some of us, the answer could be a surrogate activity, like writing is for me. For you, it could be having a family that helps support the tribe, with a goal that serves others instead of yourself. This has a beginning, a middle, and an end, unlike everything else that puts you right back in the wheel of novelty, eternally searching for the next hit but never allowing you to accept your role within nature. In fact, the more that you fear the idea of your death, the farther you’re away from realizing your true purpose.

If a society is corrupt and led by those who want to take people away from purpose, it will be structured in a way to place men in a novelty wheel at a young age and keep them there. Entertainment, meaningless work, and sterile relationships will be promoted by all institutions of society. At the same time, the idea of big families and local tribes will be attacked and seen as historic mistakes that no longer serves humanity. This is exactly what we’re seeing in the Western world, where men are being thrown into the novelty wheel. The energy they use to propel themselves around the wheel can be readily monetized, monitored, and controlled, while those who promote traditional ideas that pull men off the wheel are singled out and silenced.

I don’t want to go around the wheel anymore. I don’t want to have “fun.” I don’t want to watch movies that put me in a mindless stupor. I don’t want to go to a nightclub to drink alcohol so that I can tolerate a broken woman who is on sterility drugs. I want to live a life of purpose, and so I’m ready to step off the wheel into a great expanse of space before me where my every step is no longer on a predetermined track guided by others. My legs are more wobbly than I’d like to admit, but I will press on and become a man who has a purpose with a beginning, a middle, and an end, and once my purpose is reached, I can smile before resting for my final sleep.

Read Next: Are We Alive To Only Survive And Reproduce?