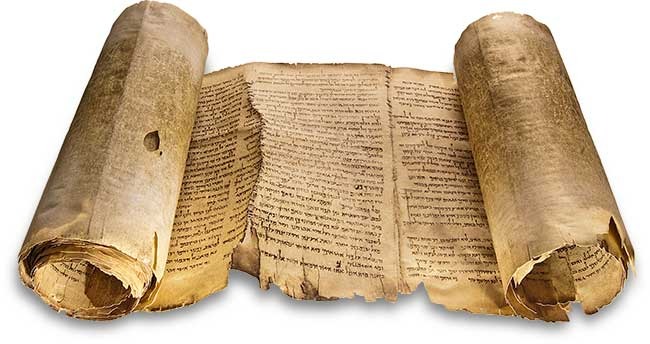 If you were to summarize in one word what the Old Testament said about how women ought to behave, it would be “submissive.” Women were destined to protect their sexual honor until they fulfilled a submissive role in the family home. This was made most vividly clear with the story of the Oholah and Oholibah sisters, found in Ezekiel 23, which uses a metaphor to describe the Jews “whoring” themselves to other gods. Besides the changing of a few details, it’s a tale that rings eerily familiar to the behavior of modern women.

The Oholah and Oholibah Sisters

This message came to me from the LORD: “Son of man, once there were two sisters who were daughters of the same mother. They became prostitutes in Egypt. Even as young girls, they allowed men to fondle their breasts. The older girl was named Oholah, and her sister was Oholibah. I married them, and they bore me sons and daughters. I am speaking of Samaria and Jerusalem, for Oholah is Samaria and Oholibah is Jerusalem.

“Then Oholah lusted after other lovers instead of me, and she gave her love to the Assyrian officers. They were all attractive young men, captains and commanders dressed in handsome blue, charioteers driving their horses. And so she prostituted herself with the most desirable men of Assyria, worshiping their idols and defiling herself. For when she left Egypt, she did not leave her spirit of prostitution behind. She was still as lewd as in her youth, when the Egyptians slept with her, fondled her breasts, and used her as a prostitute.

“And so I handed her over to her Assyrian lovers, whom she desired so much. They stripped her, took away her children as their slaves, and then killed her. After she received her punishment, her reputation was known to every woman in the land.

“Yet even though Oholibah saw what had happened to Oholah, her sister, she followed right in her footsteps. And she was even more depraved, abandoning herself to her lust and prostitution. She fawned over all the Assyrian officers—those captains and commanders in handsome uniforms, those charioteers driving their horses—all of them attractive young men. I saw the way she was going, defiling herself just like her older sister.

“Then she carried her prostitution even further. She fell in love with pictures that were painted on a wall—pictures of Babylonian military officers, outfitted in striking red uniforms. Handsome belts encircled their waists, and flowing turbans crowned their heads. They were dressed like chariot officers from the land of Babylonia. When she saw these paintings, she longed to give herself to them, so she sent messengers to Babylonia to invite them to come to her. So they came and committed adultery with her, defiling her in the bed of love. After being defiled, however, she rejected them in disgust.

“In the same way, I became disgusted with Oholibah and rejected her, just as I had rejected her sister, because she flaunted herself before them and gave herself to satisfy their lusts. Yet she turned to even greater prostitution, remembering her youth when she was a prostitute in Egypt. She lusted after lovers with genitals as large as a donkey’s and emissions like those of a horse. And so, Oholibah, you relived your former days as a young girl in Egypt, when you first allowed your breasts to be fondled.”

Oholah took on the exact same whore path as Oholibah even though she saw firsthand how it led to her absolute ruin. Do you know any women today who fail to think of the consequences of their promiscuity? Do you know any women who are unable to see what will happen to them if they continue down the wrong road? Considering that Western governments have just about removed all ramifications for a woman’s actions, it’s no surprise that we have nations full of Oholahs and Oholibahs. 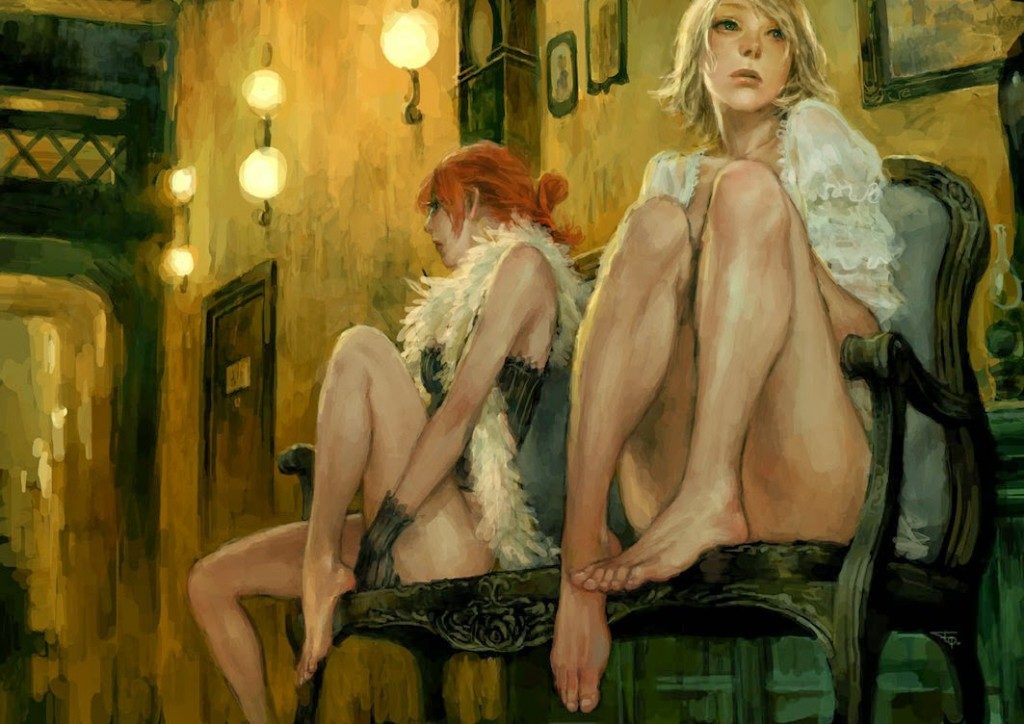 Unlike the American government, God exacted his furious vengeance on Oholibah:

“Therefore, Oholibah, this is what the Sovereign LORD says: I will send your lovers against you from every direction—those very nations from which you turned away in disgust. For the Babylonians will come with all the Chaldeans from Pekod and Shoa and Koa. And all the Assyrians will come with them—handsome young captains, commanders, chariot officers, and other high-ranking officers, all riding their horses.

They will all come against you from the north with chariots, wagons, and a great army prepared for attack. They will take up positions on every side, surrounding you with men armed with shields and helmets. And I will hand you over to them for punishment so they can do with you as they please. I will turn my jealous anger against you, and they will deal harshly with you. They will cut off your nose and ears, and any survivors will then be slaughtered by the sword. Your children will be taken away as captives, and everything that is left will be burned.

In modern times, Oholibah will get free welfare while a dozen beta males form a line in front of her door bearing gifts, love, and commitment.

The Old Testament’s Thoughts On Women

One of the most consistent messages of the Bible is a clear warning to stay away from promiscuous or immoral women. In fact, it’s safe to say that God hates whores.

There shall be no whore of the daughters of Israel, nor a sodomite of the sons of Israel. (Deuteronomy 23:17)

A worthy wife is a crown for her husband, but a disgraceful woman is like cancer in his bones. (Proverbs 12:4)

God also hates the man who sleeps with whores:

Wisdom will save you from the immoral woman, from the seductive words of the promiscuous woman. She has abandoned her husband and ignores the covenant she made before God. Entering her house leads to death; it is the road to the grave. The man who visits her is doomed. He will never reach the paths of life. (Proverbs 2:16-19)

Don’t be tempted by the whore’s siren call:

For the lips of an immoral woman are as sweet as honey, and her mouth is smoother than oil. But in the end she is as bitter as poison, as dangerous as a double-edged sword. (Proverbs 5:3-4)

Let your wife be a fountain of blessing for you. Rejoice in the wife of your youth. She is a loving deer, a graceful doe. Let her breasts satisfy you always. May you always be captivated by her love. Why be captivated, my son, by an immoral woman, or fondle the breasts of a promiscuous woman? (Proverbs 5:18-20)

Play with fire and you will get burned, as many modern men can bear witness to:

Can a man scoop a flame into his lap and not have his clothes catch on fire? Can he walk on hot coals and not blister his feet? So it is with the man who sleeps with another man’s wife. He who embraces her will not go unpunished. (Proverbs 6:27-29)

A good woman is a treasure:

Who can find a virtuous and capable wife? She is more precious than rubies. Her husband can trust her, and she will greatly enrich his life. She brings him good, not harm, all the days of her life. (Proverbs 31:10-13)

It’s better to live alone in the corner of an attic than with a quarrelsome wife in a lovely home. (Proverbs 21:9)

A quarrelsome wife is as annoying as constant dripping on a rainy day. Stopping her complaints is like trying to stop the wind or trying to hold something with greased hands. (Proverbs 27:15-16)

A beautiful woman who lacks discretion is like a gold ring in a pig’s snout. (Proverbs 11:22)

A woman who cheats on her husband will have a curse laid upon her:

But if thou hast gone aside to another instead of thy husband, and if thou be defiled, and some man have lain with thee beside thine husband. Then the priest shall charge the woman with an oath of cursing, and the priest shall say unto the woman, The LORD make thee a curse and an oath among thy people, when the LORD doth make thy thigh to rot, and thy belly to swell. And this water that causeth the curse shall go into thy bowels, to make thy belly to swell, and thy thigh to rot: And the woman shall say, Amen, amen. (Numbers 5:20-22) 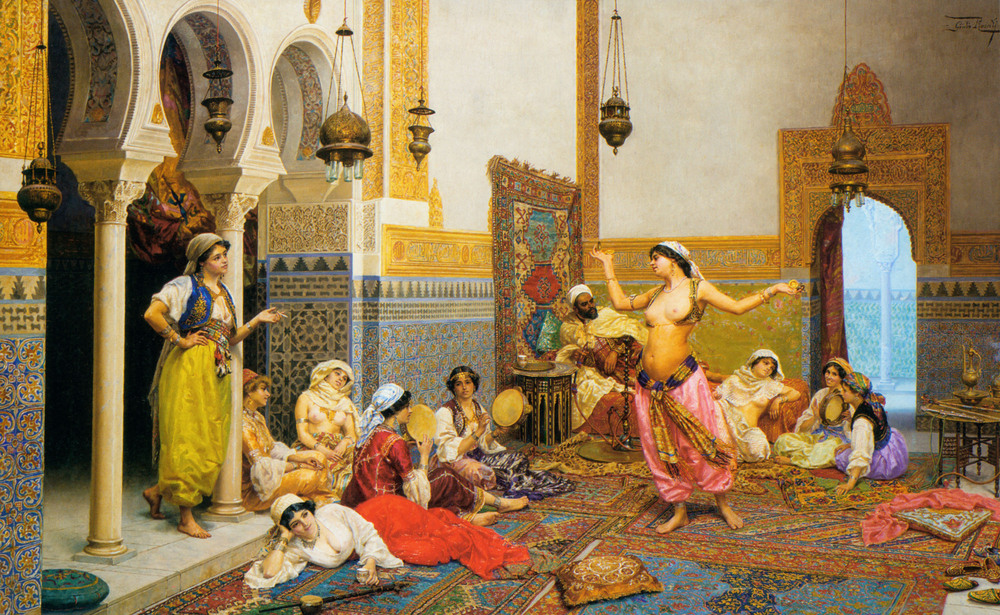 How can we reconcile the above with the modern “spiritual” woman doing just about the complete opposite? While these words are in the Old Testament, Jesus took an even harder line, declaring that divorce is the same as committing adultery:

“Moses permitted you to divorce your wives because your hearts were hard. But it was not this way from the beginning. I tell you that anyone who divorces his wife, except for sexual immorality, and marries another woman commits adultery.” (Matthew 19:8-9)

Was this declaration fulfilled and changed by another one of God’s prophets since Jesus? I ask because you sure don’t see it being taught in modern Christian churches. In fact, Christian countries have the highest divorce rate in the world, significantly higher than that of Muslim countries. From that comes broken homes, deviant children, further degeneracy, and a low birth rate which sets the stage for third-world immigration to help prop up the welfare state.

It’s clear that Christian churches have been subverted by feminist thinking. The priests of today are no longer teaching from the Bible but making it up as they go along to appease the promiscuous women who fill the pulpits and want to be graced by God’s goodness will even though they don’t follow His word.

The teachings I’ve found in the Bible concerning women very closely match my own experience from sleeping with the most promiscuous of them. Unless there are restraints on their behavior, they will rush to becoming just like Oholah and Oholibah, and society will suffer as a result.

Don’t Miss: An Introduction To The Old Testament