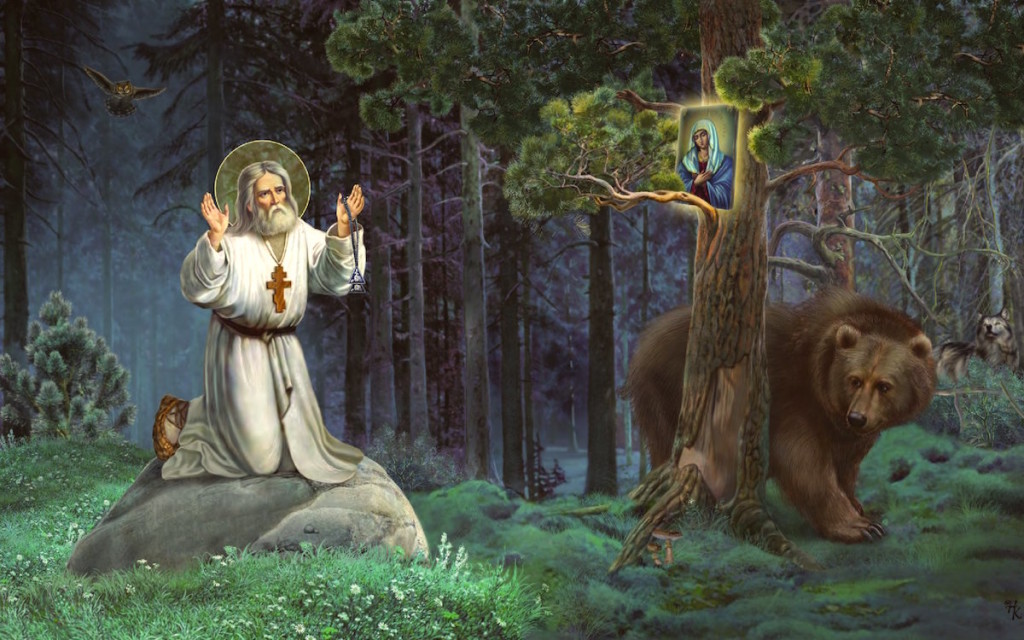 Everyday Saints is a book of anecdotes and stories that describe the life and teachings of Orthodox elders in Russia during the late communist era. The tales are both edifying and amusing, providing a light read compared to harder Orthodox texts.

The visibility of God

If you do not want God, you can live out many years without a thought of Him, and then when you come to yourself and believe, you will not be able to pass a day without Him.

The deliberate concealment of God by the state

As we discussed the eternal questions of humanity and studied the history of the past centuries, grappling with the problems of our 1970s and 1980s—in our classrooms, our dorms, and the cheap cafes thronged by students, as well as during our frequent long nocturnal meanderings through the ancient side streets of Moscow—we came to the firm conclusion that our Soviet state was deceiving us, forcing its crude and ridiculous interpretations of history and politics upon us. We also understood very well that everything had been powerfully arranged so as to remove even the slightest chance of figuring out for ourselves the most important question of all: the question of the Church and God.

While the American authorities and institutions are not as openly hostile to God as the communists were, their aggressiveness at replacing God with science and entertainment has the same outcome of concealing God.

The benefit of imprisonment to spiritual life

As for the history of Father John’s years of imprisonment, what always struck me most about his story was the way in which he described the time he spent in those truly awful camps, so full of cruelty and suffering and callousness. Believe it or not, Father John would say that these were the happiest days of his enter life.

“Because God was always close by!” With joy Father john would exclaim this, although without doubt he realized that there was no way we could possibly understand him.

“For some reason I can’t remember anymore a single bad thing,” he would say about his time in the camps. “I can only remember now how I used to pray in there: the heavens opened and the Angels were singing in the heavens. I don’t know how to pray like that anymore…”

This is yet another data point on how imprisonment can allow you to achieve greater spiritual heights. For more, see The Saint of The Prisons, Freedom Within, and The Gulag Archipelago.

Father John: “We have been commanded by our Lord to love our neighbor as ourselves, but it is none of our business whether they love us or not! The only thing for us to worry about is to make sure we truly love them!”

There are no atheists in foxholes

The truth is simply this. [World War 2] was so horrible, so full of monstrosity and suffering, that I gave my word to God: if somehow I manage to survive these terrible battles and survive the war, then I will give my life to God and will retire to the monastery. Imagine the German tanks charging our front lines, their machine guns firing, cannon shells blazing, just cutting us down, sweeping away almost everyone in their path, and suddenly in the midst of this utter hell I saw how our battlefield commissar tore off his helmet, even as the bullets were flying around him, and fell to his knees, and began to pray… yes, indeed, somehow this ‘Communist’ was able to mutter the half-forgotten words of the prayers he used to know as a child, begging the Almighty to spare us. And He did. That’s when I realized: God lives inside of all of us, and one day He will make his appearance to us, some way or other…”

The utopian principles of communism

Father Nathaniel: “The main principle of communism is ‘from each according to his capabilities, to each according to his needs.’ But who is going to decide what each person’s capabilities or needs are? Probably it’ll be some commission as usual. But what kind of commission? Probably a ‘troika’ (that is, a group of three judges carrying out the Party’s will). So they will summon me and say, ‘All right, Nathaniel, what are your capabilities? You can chop twenty cubic meters of wood per day. And what are your needs? A bowl of gruel. There.’ That is their main principle.”

Don’t fight with the will of God

…Father Nathaniel died with remarkable peace and tranquility. When the cardiologist suggested giving him a pacemaker, he begged the Father Superior not to allow it.

“Father, just imagine,” he said, “my soul wishes to go to God, but some tiny electric gadget is violently forcing my soul involuntarily back into my body! Let me soul go, now what its time has come!”

In those years Soviet authorities and government officials in general were always hovering around us and pestering us and sometimes seriously made it hard for us to live. On the other hand, in some way the government really didn’t exist for us. We simply lived our own lives, not paying any attention at all to it. Therefore, we didn’t quite understand, for instance, those religious dissidents whose main purpose in life was to struggle with Soviet authority. For us it was somehow completely obvious that Soviet authority would someday live itself out and collapse with a magnificent crash. That is not to say, of course, that it could not seriously ruin our lives, putting some of us in jail, for example, or into insane asylums, or subjecting us to all kinds of persecution, or even getting us killed. But we believed that unless it was the will of God, nothing of the sort could possibly happen anyway. In the words of the ancient ascetic Abba Forstus: “If God wishes me to live, He knows how to make this happen. But if God does not wish me to live, then why should I live?”

A common question among my peers is whether to fight the authorities on their crazy mandates and policies or meekly live a Christian life. One of the better solutions I’ve seen is from Andrew Torba, CEO of Gab, who urges us to build a parallel Christian society. Instead of fighting or competing with the establishment head-on, we should simply use our talents to build our own companies, platforms, organizations, and schools while defending our families from the rest of the world.

Don’t announce the sins of others

…if you see some monk or hieromonks or superior doing something wrong or committing some sin, your job is to pay no attention at all! Turn away, and don’t look at anyone! Let them sin as much as they like. As our father, St. Seraphim, used to say, “Let them live and eat our bread for the time being. But when the time comes, the Lord Himself will cast them out!” So listen carefully, beware of condemning people. Do not judge others. That’s not for us. The Lord Himself will fix everyone.

Otherwise, who cares what flaws each of us have? That’s not any of your business. Don’t snoop, don’t pry. Don’t look at him. Look away! No one should judge him… But if instead you judge others you won’t last anywhere—that is repugnant to God. Watch instead what you’re doing yourself!

Everyday Saints put many smiles on my face, because already in my young Orthodox faith I have been able to recognize the little “coincidences” that God makes you aware of to remind you that He loves you and is watching over you. If you’re not in the Orthodox Church, this would be a good book to familiarize yourself with what it’s like to be Orthodox and the grace with which we are blessed. 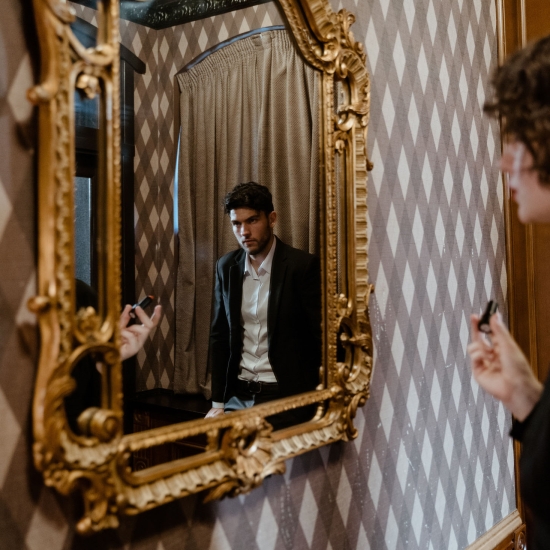 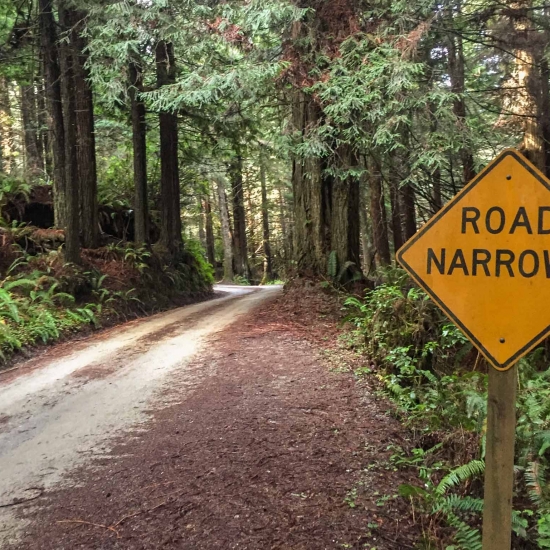 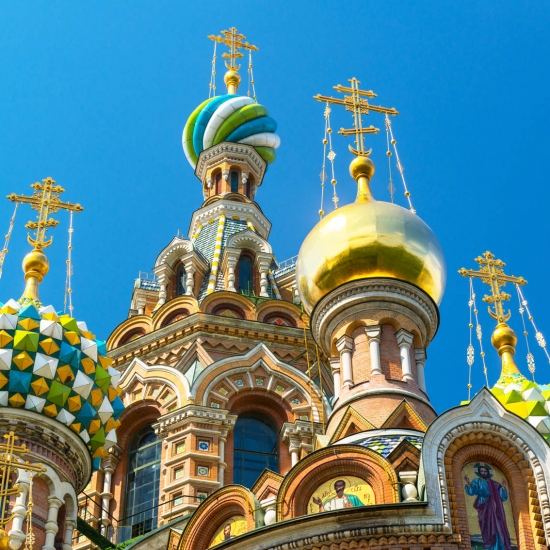 I read this one recently. It's a fantastic read! I might read it again at some point. Some real characters and a lot of wisdom in there.

We all do the same
(we do it all the same):
We do what we can to become
what we're supposed to be.
What are we?
A bittersweet degree.

Everything comes from God.
What reasons do I have to be grateful for some things, and displeased with another?
Radical Acceptance: no questions - no doubts.

A heroic freedom fighter to one, an imbecile in a clown custom to another - it doesn't matter: humans are not meant to escape dualism's confinement. Here's a clue, though: everything is necessary, until it ceases to be.

I bought this book a while back and is sitting on my shelf waiting its turn. After this review, I look forward to reading it!

This article was very uplifting

This is the documentary that Tykhon Shevkunov, the author of the book and academically trained (amateur) film maker, made about the very same monastery and the monks. In the book he was talking about making a documentary, this is it - he had access to the liturgy behind the iconostasis and to confessions...!

I watched it with a russian novice at a monastery a couple if weeks ago, who was translating while we were watching.

Here it is with english subtitles!

I read the book before watching and was awestruck to recognize the people from the book.
This is a blessing, highly recommended!

Thanks so much for sharing the video!!!

I read this book a few years ago. The author, Tykhon Shevkunov, is now a metropolitan. Rumored to be "Putin's confessor," he is a vocal supporter of the injectables, and even claimed that people opposed to the jab are under the influence of misinformation-spreading "spiritual demons". His mother is also known to have worked for the state sponsored Gamaleya Research Institute. They are responsible for developing the Sputnik-V, which is not so different from the Pfizer or Moderna injectables. His meteoric rise to fame, plus the aforementioned opinions and connections make him a suspicious character in my book.