I stayed in the worst hostel in South America for ten nights. If you are wondering why I didn’t leave, it’s because I was trapped after pre-paying for Carnival. Constructing this photo montage helped me cope.

Let’s start with my bunk bed. 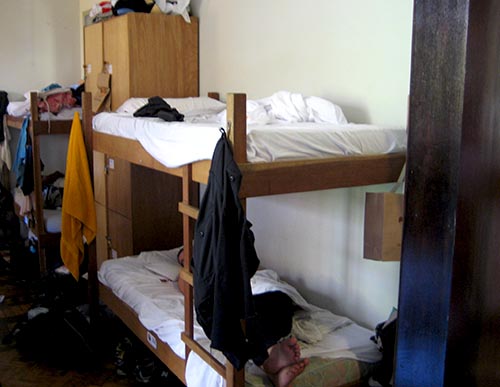 I had the top bunk, which turned out to be the best bed in my fourteen bed pen. I used the locker behind me as a nightstand. Still sleeping is an Englishman who would sing a song called “Do your balls hang low” when drunk.

I didn’t mind the foam so much but it was not very clean (think traveler drool sponge), and many times I’d wake up with my skin touching it.

Here’s a typical mattress, with diarrhea or urine stain, probably both. It was made of the same foam material as the pillows and compressed to the thickness of a slice of Chicago style pizza when layed upon. 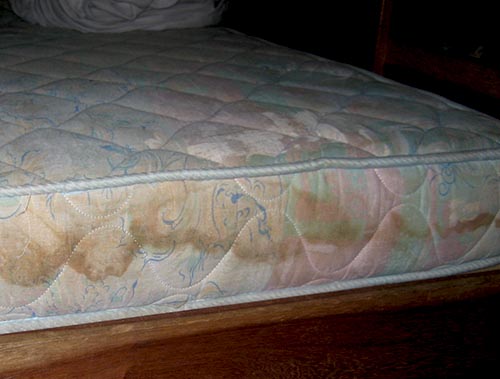 I got lucky with my bunk, and by lucky I mean a robber took everything I owned except my shoes so I could walk home naked, but the others were less fortunate. 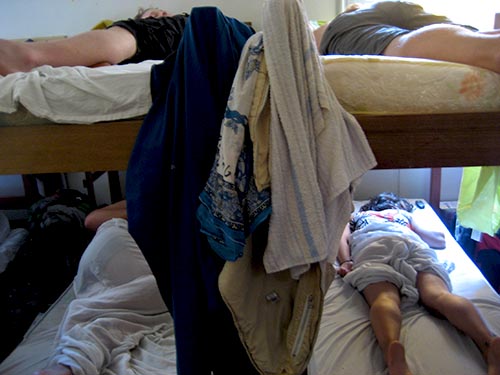 Note the six inch space between the bunks. It was almost like they were sleeping in the same bed with each other. This room was still better than the one next door that had a large water leak no one could source, or the room nicknamed “the shed” which was damp and moldy.

There were two bathrooms I could use: one in my pen and one in the hallway which twenty other people shared. Here’s a picture of my bathroom: 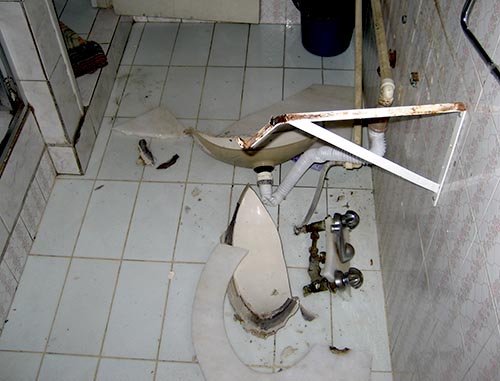 As you can see, the sink needs to be repaired. About halfway through my stay, another Englishman decided to wash his feet in the sink after coming home from a night out. As he came crashing down to the floor with the sink at 6 o’clock in the morning, I bet he was both suprised and dissapointed that it was held up by what appears to be bookshelf brackets.

A sign put up my management after the incident was promptly defaced. 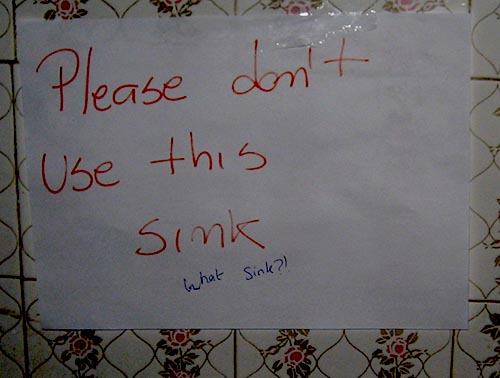 The sink was not repaired by the time I left. Here’s the other sink: 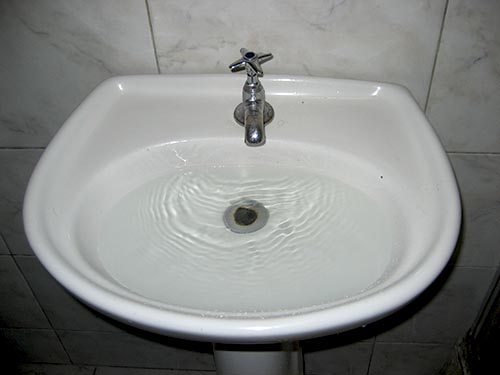 This sink had a drainage problem that management never fixed so for several days I used a shower stall as a sink. I could only use it while wearing flip-flops because of the splash-back. After each use I dried my shins along with my hands.

Here is the floor of the shared bathroom: 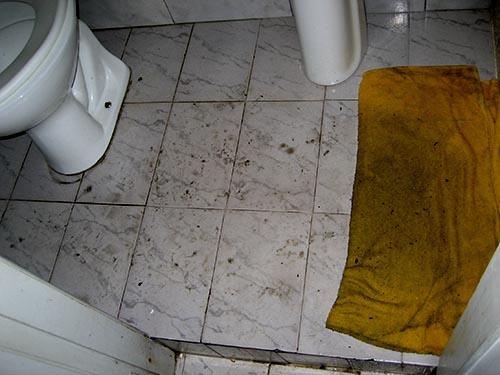 You see that black “water”? My flip flop would get just stuck enough in it that when the sole released the sewage mix splashed on my ankles. For this hostel I aggressively rearranged my number two schedule until after the maid cleaned up, but I was reluctant to urinate as well. The toilets would not flush properly so many times I was greeted in the bathroom with someone else’s feces in the bowl. There will not be a picture of that. 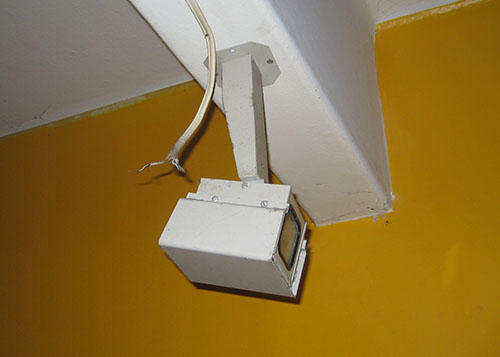 Speaking of security, there was a little favela within walking distance than the beach.

The accomodations were so bad that it was the main source of bonding with the other travelers. Many of us maintained countdowns to check out. If you find yourself in Rio de Janeiro, whatever you do, do not stay at Che Lagarto Budget hostel in Copacabana.