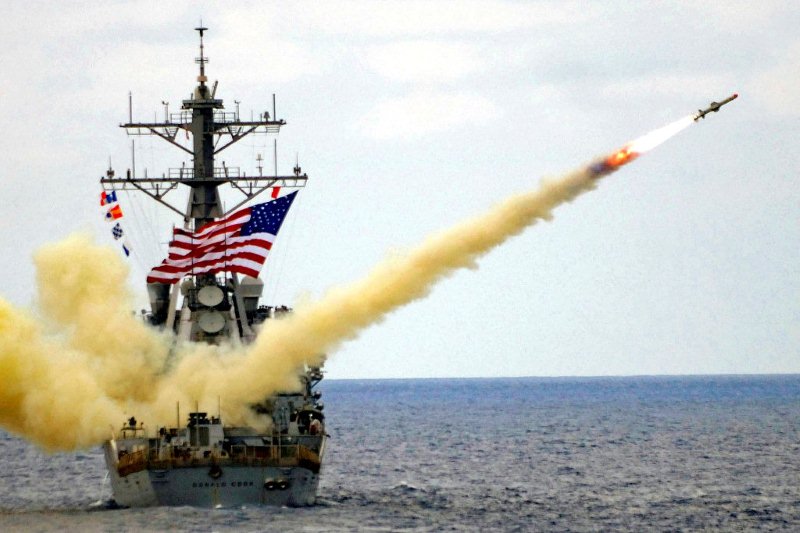 Donald Trump recently ordered the launching of missiles against Syria in response to a dubious gas attack against Syrian children by its President, Bashar al-Assad. Even if it was a real chemical attack by Assad, bombing Syria went against Trump’s “America first” campaign promise to avoid another neoconservative Middle East boondoggle.

I want to highlight two responses to Trump’s decision. The first is from Quintus Curtius  (permalink):

It was natural that there would be a wish that Trump would be completely different from what came before him. I was skeptical, given his history, his character, and his words. But I was willing to give him a chance to see what he might do.

But to me it’s now clear that he’s not much different from all the others. At the end of the day, it’s just business as usual. Maybe a better analogy would be: Trump is flying by the seat of his pants. He’s an “ad hoc” president. He has no real fixed, deeply-held belief system. He’s an opportunist who’s out for himself and his family. He’s a thin-skinned egoist, lacking any real depth of character. He doesn’t read, has no curiosity about the world, and has the attention span of a ferret on a double-espresso. He’ll say and do anything at the moment to satisfy whatever whim needs to be taken care of.

Clinton would have been just as bad.

There’s been way too much projection of our own wishes and desires on to this president. Instead of looking and seeing what’s right before your eyes, we tend to see what we want to see.

When you say, “Well, then what hope is there for anything, then, if he’s just like all the others?”

My answer is the same as it has always been:

Stop looking to political figures to solve your problems or to advance you in life. You’re on your own, and always have been. No one is going to save you. What we need are spiritual revolutions—upheavals of the soul—and not political revolutions. These political “leaders” are all owned by big business and foreign governments. They hate you and want to see you marginalized and sent to oblivion. Trump is not your savior. He doesn’t give a damn about anyone but himself and his family.

Look to yourselves. The truth lies within you. It does not lie outside you. And it definitely does not lie in Trump.

In this era of lies, hypocrisy, and false “god emperors” (what a bloody sham), the only solution is to turn away from the evil and elevate yourself. Improve yourself. You now have to be bigger, better, stronger, faster, and tougher than ever before. You have to be stronger now than you ever thought you could be. Because we have all been sold out and left by the wayside. But they underestimate us…our power and your power. When the time is right, the dividend of all your hard work will be paid. But the road will be long, bitter, and full of despair along the way. You need to dig deep now.

Our renaissance begins only when this point is truly understood.

The second response is from RVF member Neo:

I was angry today because of this. I didn’t support Trump for the country to get involved in pointless wars.

I never cared to even vote before Trump, and every politician I’ve seen or met has been sleazy, just like nearly every corporate executive.

I do know this; I’ve become an angrier person by following national politics so closely. I understood the cause, I began shifting from an internal to an external locus of control.

I don’t recommend we bury our heads in the sand and ignore the issues we face.

What I’m going to do however is transition to focus on the sphere I can actually influence. My friends, my community, people I care about. That’s what most of us I believe deep down are here for. A sense of community with like minded men.

At the end of the day you must be your own salvation. There is nobody, not Trump, not anyone that you shouldn’t trust in more than yourself. If you believe in a higher power then know that part of them is in you.

It’s like a story I remember from my old priest…

A terrible storm was approaching a man’s house. He sees it’s dangerous and they are warning to evacuate. He says: “No, I will stay God will save me.”

As the storm came his neighbors began to leave and offered him a ride in their car. He said: “No, God will save me.”

The flood got so bad he had to climb to his rooftop, he sees a helicopter drop a ladder he says: “No, God will save me.”

Finally the storm sweeps him away and he dies. When he’s in heaven he asks:

“Father why didn’t you save me?” God replies. “I sent you a warning, a car, and a helicopter, what more did you need?”

Trump is not the savior of Western Civilization and he never was.

I did a podcast three months ago that echoed their sentiments on how our individual behavior is more important than counting on politicians to act in a way that we want.

I won’t take the step to disavow Trump because I was not counting on him to aid me. My only expectation is that he doesn’t attack men in a way that Hillary definitely would have. With Princess Ivanka in his ear, however, I’m not sure if that will hold true in the next four years. I’ll wait and see.

Read Next: What Donald Trump’s Victory Means For Men