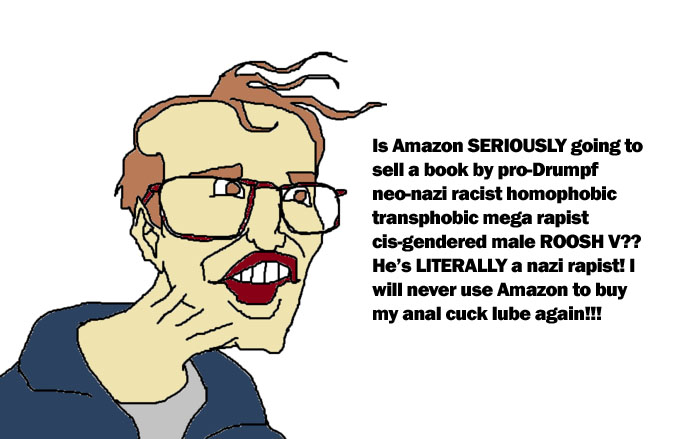 The audiobook of Free Speech Isn’t Free has been released. Click here to order it through Amazon, where an audio sample is also available.

Here’s a new review from an Australian man:

This is a small book but it is impressive and holds one’s interest – I read it the day after receiving it. It is difficult to comprehend how one man trying to run seminars for men on relationships, health, belief and morality evoked massive hatred and even physical aggression. The author’s victory against overwhelming odds is an absorbing and memorable tale. As well as his account of the struggle to conduct his seminars, Roosh V appends a copy of the lecture used to initiate discussion, and has a helpful list of advice for men when they are challenged at work by opponents using feminist issues.

Most of those reading it would know little of Australia, but might be interested to know that the last-but-one Prime Minister,Tony Abbott, was displaced from his position because of similar issues to those which opposed Roosh V. To use an old term, Abbott, was “manly”: he was a boxer, a Rhodes Scholar, kept himself fit by regular running and surfing, was an active volunteer firefighter (even when PM) and openly expressed respect for women. Feminists saw him as a threat and reacted intensely. His replacement was a wealthy lawyer and private banker, acceptably PC, without evidence of masculinity, and (after many months) without apparent effect in his position.

With the paperback, e-book, and audiobook now released, the Free Speech Isn’t Free project is complete. I am now ready to begin writing my next book. It will be a book about game, and my final book on that topic.

Read Next: The Elites Are Not Smarter Than You