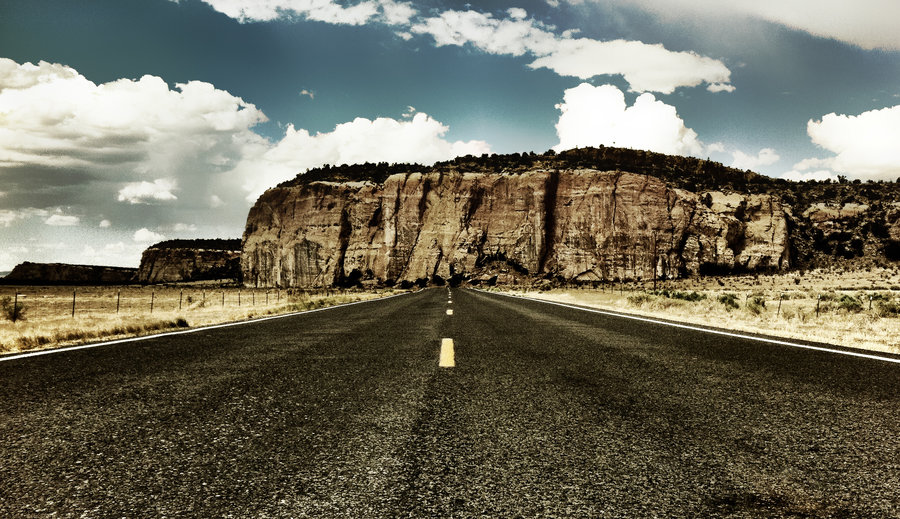 A lot of you are coming to the realization, like myself, that there are not many options for men who want to pursue something deeper besides stacking cash and sleeping with promiscuous women, even if you made all the right moves with your life through focusing on self improvement and making sound decisions with your education and money. That raises the question of what is the next stop on our life journey.

The progression of man was clear a few generations ago:

There was no confusion about what a man should do because the path was laid out and urged onto him by his tribe, family, and a culture built on traditional or religious ideals. But something happened in the years since where the progression became this:

One of the reasons you’re reading me right now is because you have realized the folly of this progression.

We have taken a road that is grossly unacceptable to the mainstream hivemind. Instead of blindly consuming and wifing up a former carousel rider, we have decided to keep ourselves free from the financial bondage of excessive consumption and also state bondage of not marrying a woman who could easily destroy us in a her-fault divorce. So we hit the gym, we learn game, we travel, and we start our own side businesses. I’ve met countless men who have done well for themselves by saying no to what has been pushed upon them. Their behavior has been called creepy, sexist, and rapey, in urgent need of manning up, but they have manned up for themselves by beating the system.

But what comes next? If you are to believe the biological imperative encoded within your DNA, it is to reproduce. Based on who our ancestors were—men who successfully reproduced from the first man without fail—I’d say that it would be atypical for you not to want to create life, especially if you’re over 30 and have accumulated sufficient resources. I’m not making an argument to reproduce based on passing your genes on for posterity, since all that will be moot once the sun swallows the earth in a few billion years, but one based on where your genes came from and how they are supposed to code for an intense, illogical, and irrational desire to reproduce that may put your own self-preservation in danger.

If you are to believe that modern culture is headed towards full-blown degeneracy, and that women are affected by the environment they’re in, you would naturally come to the conclusion that the women of today make for inferior wives and mothers than the women of yesterday. They are narcissistic, masculine, lacking in homemaking and nurturing skills, holders of outrageous sexual histories, addicted to electronic devices and entertainment, absent in family values, uglier, and less capable of familial loyalty. Western values from America are spreading so rapidly that a 22-year-old Brazilian, Polish, or Thai girl is worse at being a wife than her sister only five years older.

That leaves a Western man who wants to reproduce with three options:

1. Marry a Western woman who has had at least 10 sexual partners and hope that he won’t be financially destroyed or imprisoned by the state for not paying child support or being falsely accused of domestic violence or rape.

2. Find a young traditional foreign wife from a little village, bring her back to America, and hope that in 10 years she doesn’t learn the way of the land and morph into the Western woman he avoided marrying in the first place.

3. Leave your friends and family to expatriate to a strange land, find a young traditional foreign wife, and live on her home turf while hoping and praying that laws in your new country don’t eventually make you a pre-criminal, like has recently happened in Poland when they passed their own version of the Violence Against Women Act.

If you truly want to reproduce, option three has the least amount of risk though it contains the most amount of effort and personal sacrifice, and it’s still no guarantee of success, especially if you pick a country that has pretty women who are prone to divorce. Here are divorce rates per 1,000 inhabitants for a selection of countries (lower numbers are better):

Option three will be wholly off the table for the bulk of men who are average and not capable of the intellect, work ethic, and touch of mental derangement that is required to expatriate, especially if they don’t possess adventurer or thrill-seeker personality traits. For the majority of men, it’s not even an option that can be considered, which means that we have now entered an age where a Western man can no longer pursue his biological desire to reproduce without exposing his life to severe risk that would likely greatly reduce his quality of life by legally attaching himself to a woman who can hold him hostage in his home.

Marriage and kids were always a marginal deal for men to secure weekly sex and pass on their genes, but now we can advise for the lot of man that he must avoid it at all costs unless he has guaranteed legal protections from his wife and the state or he is beyond certain to have found a “unicorn” who will love him and only him until the end of her life.

There will be a point, after you gain significant resources and become fatigued from banging a variety of sluts, that you will be ready to move on to the next step. That next step was available to you in the past, and while not a necessarily net positive decision, it wasn’t automatically one filled with immense risk. But now I’m afraid to say that there is no next step that would involve leaving a legacy without opening yourself up to being ruined unless you manage not only to find a traditional woman in an increasingly nontraditional world but do so in the right country that doesn’t flip the switch against its male residents by treating them as undercover wife beaters.

The pinnacle of your father’s life was being a reliable provider, but that it not turning out to be the case for us. The pinnacle of our lives is making internet money, scooping up some easy sex, and minimizing our legal exposures. I fear there is not much in the way of deeper meaning to be found. There are no loftier heights to climb than your own independence and individual pursuits. Unless we see drastic world changes in the next 15 years, merely having a pleasant lifestyle and individual freedom is where the trip ends for us, without being able to create our own family.[culturewar]

Read Next: The Manipulated Man