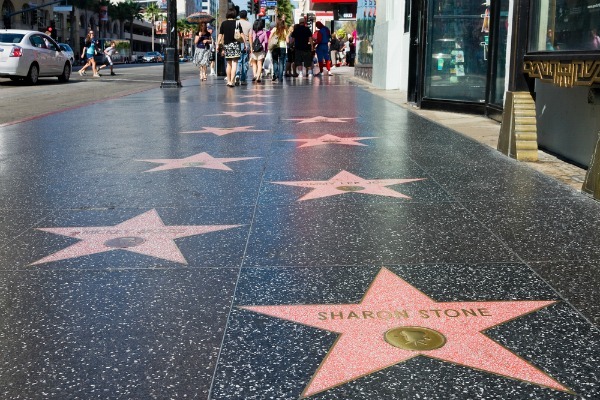 While my work has been in wide circulation for many years, I didn’t consider myself to be somewhat famous until 2012, when a large number of people started asking to take a photo with me. Combined with the fact that I’ve been recognized on the street in over ten countries, many of which I didn’t announce beforehand, it appears that (1) I am known by a significant number of people and (2) held in high esteem by many of them, two prerequisites of fame.

I write about this today not to boast, but to give you an idea of what it’s like to be at least mildly famous, especially during these times when fame is valued more than any other period in Western history. It’s something that simultaneously gives and takes, so you must carefully consider its pursuit.

Your name alone is enough for people to give you their attention, which you can leverage into selling products and services. With true fame, you can take a crap in a box and sell that to make a living, but pursuing fame as part of a profitable business model is harder than executing a traditional business where you simply identify a lack or need in the market and then smartly fill in that gap.

Fame is much more dependent on fickle tastes, trends, and emotions than a normal business built from the ground up. Additionally with fame, your business is more susceptible to attacks from deeply committed haters and stalkers than if you were more anonymous.

As you already know, women are attracted to high status men who are pre-qualified. Fame gives you that, but not all sources of fame are equal. Music fame or club photographer fame will get you a thousand times more women than literary fiction fame or video game professional fame.

My type of fame, as I describe at length in Poosy Paradise, is unfavorable because of the methodical, cold, unromantic, and monstrous way I present my sexual topic matter. While I have taken down about 15 or so groupies, that’s lower than you would expect based on the length of time I’ve been doing this and the level of notoriety I’ve achieved (I’m convinced that being a serial killer of women and children would yield more groupies than I get now). I go through great pains to hide my work to new women I meet because of how easily they get scared away by it.

3. It allows you to connect with people similar to you

I have traded notes and experiences with hundreds of men via email and in person, which has improved the quality of my life. I also have access to advice from men in high stations. For example, I recently needed tips on what video equipment to buy. I posted a question and got many immediate responses from professionals that were of immense help to me. If I need information on any city in the world, I would have answers coming to me within an hour. People want to give you value if you’ve given them value through your work.

4. It boosts your ego

You begin to feel like an important person because so many people are complimenting you and your work. They’re emotionally invested in both your successes and failures. When I do well, people congratulate you, and when I fail, people encourage me to not give up. It’s like having your own personal cheering section.

WHAT IT TAKES AWAY

1. It crushes your ego

At the same time people are boosting you up, just as many others are trying to bring you down, receiving immense pleasure when you fail. Haters attempt all manner of tactics—even attacks on your family—to hurt you. If you have a fragile self-esteem, fame has the potential to destroy you because now you’ll receive dozens of negative interactions a day.

Ironically, most people seek fame because they want positive attention, but the negative attention ends up superceding that gain, making the person no more confident or sure of themselves than before they were famous. This is why some superstars have full-time handlers that protect them from the public, carefully filtering information that gets through.

All your actions, no matter how trivial, are now open for public critique and debate. You will no longer be able to share a simple photo, anecdote, or statement without it being psychoanalyzed by the masses. It has even happened multiple times where I was out in public and a hater would spy on me and then report back on other sites, even taking photos of the back of my head.

A side effect of watching your privacy disappear is that you become more paranoid. When you’re out and about, innocent stares from people now become thoughts of if that person knows you and if they’re a hater or not. Worst of all, your paranoia is often justified since there are people who really hate your guts. Combined with the fact that I’ve had some weird exchanges in public, I have to keep my guard up no matter where I am.

3. You lose your ability to be a normal person who doesn’t need constant attention and recognition

I’m more normal than most public figures in that I enjoy being an anonymous stranger, but when I go on a long blog hiatus, it begins to feel weird that I’m not receiving new feedback concerning something I’m doing or have produced. Since I’ve been blogging for so long, I seemed to have wired my brain to share content and then enjoy the ensuing immediate feedback. I feel less significant if my work is not being shared, and I wonder if I rather get hater responses than no responses at all. Since I have a solitary life (no long-term girlfriend or living near close friends and family), my fame is essentially a surrogate friend and relative. Without it, I’d feel more lonely.

The pros and cons from fame balance slightly on the positive side for me because of the income-producing effect that allows me to live a mobile lifestyle, but the strongest appeal of fame for men is sex. I consciously went for it in Romania but it had the opposite effect where it was harder to sleep with girls who knew of me beforehand. At the same time, a C-list musician making less money than me is probably swimming in pussy, but such is the nature of fame.

If you want fame, I recommend it for the reason to get laid and not to boost your self-esteem (it could kill it instead), and not to make money (easier ways can be had without sacrificing your privacy). The most reliable groupie-producing fame is music. If I was 15 again, I’d pick up a bass guitar and go that route. While I’m not complaining about whatever fame I’ve achieved, rock star fame seems to be the most fun and sex-filled. Otherwise, fame will give you only a marginal improvement to your life.

Read Next: How To Create A Local Poosy Playground