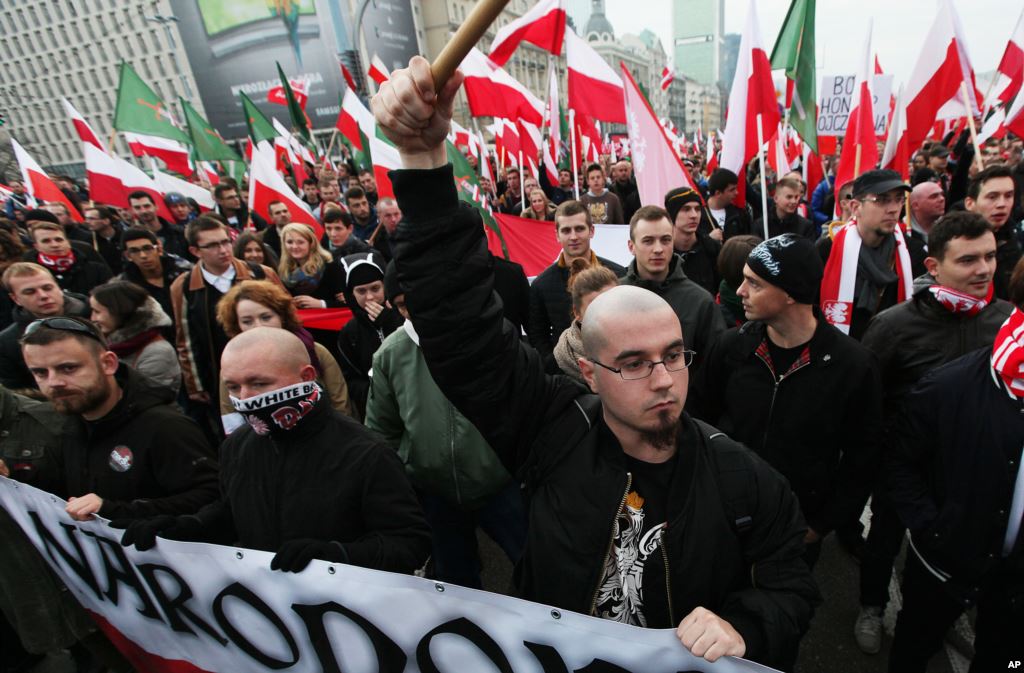 I sat in a Polish park with a brown friend of mine. We were watching people stroll by when a large group of men approached us aggressively and asked, “Syria? Syria?” One man got into a fighting position and was ready to start throwing punches. I spoke in English and said I come from the USA. He apologized and the group went on its way. The experience confirmed what I already knew: Poland is strongly nationalistic.

While the encounter could have ended poorly, and I don’t support their use of violence, I can at least understand their reasoning of wanting to keep Poland Polish. They believe that Poland should exist as a unique entity that retains the genetic material of ancestral Poles, with defenses that keep interlopers from harming it. It’s this nationalist streak that led to large protests in Warsaw trying to stop the government from accepting a modest number of Syrian refugees. Since most Poles don’t want immigrants, I predict nationalist politics will triumph and Poland will continue to exist as a homogeneous country.

Problem solved, right? Well, not quite. While Poland is against immigration, and won’t be invaded anytime soon like the United States, Sweden, or Germany, they have been deeply corrupted by feminism and female empowerment. The current generation of young Polish girls firmly believe that they must embark on a career lifestyle that includes going to a university, traveling to exotic locations in the Mediterranean, having fun with casual sex that doesn’t end with reproduction, establishing a steady job, and then maybe getting married in their mid or late 20’s. While you will still find many Polish girls who want to get married in their early 20’s, the trend is beginning to match that of American girls who bought the Sex And The City lifestyle decades ago. Polish girls are being successfully programmed to become corporate wage slaves instead of wives and mothers.

A combination of Polish emigration to the United Kingdom along with decreased birth rates thanks to the rising careerist behavior of the women has led to sharp drop in national fertility that mirrors much of what you see in all of Europe. Here’s a chart showing the decline:

The population of Poland has flat-lined since the early 90’s, and is likely to decline in the next decade.

The reason the elite in Poland want immigration is because they need it to sustain a population where Polish women are being made sterile through both cultural and biological means. Since I believe the elite will fail to allow immigration, thanks to Polish nationalism, what you will see in Poland over the next generation is a sharp drop in the population of the country that leads to a shortage of labor and intense pressure on the state treasury from a growing elderly demographic. In other words, they’re looking at a stagnation outcome like in Japan where the economy and population will simply not grow. Japan’s population has just recently started decreasing:

Even worse news for Poland is that Japan has a higher fertility rate:

Israel’s lack of immigration ensures that their culture remains preserved while minimizing the chance of an internal war. Even without immigration, their population growth is so strong that it almost mirrors that of African nations:

It’s clear that nationalism is far easier to push and propagate than natalism, because getting your women to reproduce requires the restructuring or removal of post-Enlightenment notions of individualism, a step that nativists and nationalists are avoiding to their own peril.

Europe is currently in a post-decadent age where all Christian nations firmly believe that women should be pushed into work to decrease their dependence on men. Until this is reversed soon through state or religious influences that get European women off their smartphones and into the kitchen, the long-term prospects of Europe are dim whether they keep the immigrants out or not. Eastern Europe may have a chance if they can turn on the natalist switch, but Western Europe is far too gone, and we can except their cultural collapse within our lifetimes.[culturewar]