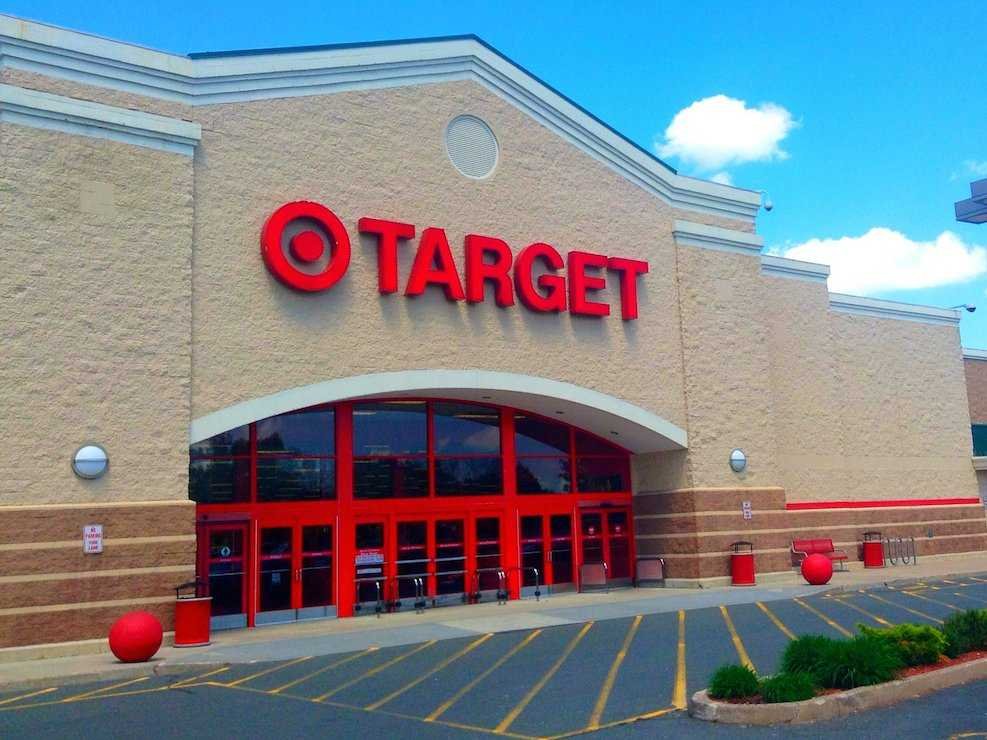 This article was originally posted on Return Of Kings.

Men have to stay on top of pickup trends when it comes to meeting girls because what may have worked a decade ago will no longer be effective today. Since I’m an expert on American pickup culture, you are the first to know what works best before the masses do. After doing some extensive experimentation, I’m happy to say that I’m having an incredible success rate picking up women in Target stores, specifically in their ladies’ restrooms.

For those of you who aren’t American, Target is a popular low-cost retailer that sells food, home goods, and cheap clothes. Target is so progressive and cutting-edge that they have recently passed a new company policy catering to transvestites, specifically allowing biological males to use the female restroom.

In other words, men can now legally use the female Target bathroom without any repercussions. I have decided to use this loophole to my advantage and get laid consistently by approaching girls inside the ladies’ room. I’ve slept with six girls from the strategy since the policy was announced on April 19. 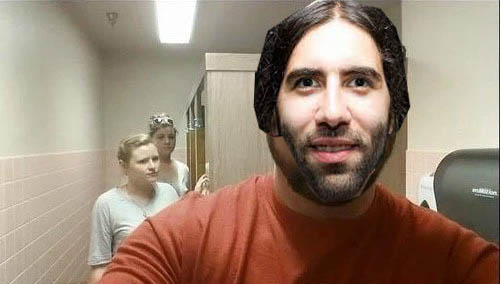 Simulated in-field footage of me picking up Scandinavian-derived white girls in Target.

Here the game plan I’ve been using, which I’m sharing only because I don’t spend that much time in the United States (if I did, there would be no way I’d publicly reveal my high-octane tactics for free).

1. Go into the Target women’s restroom and set up camp in a private stall 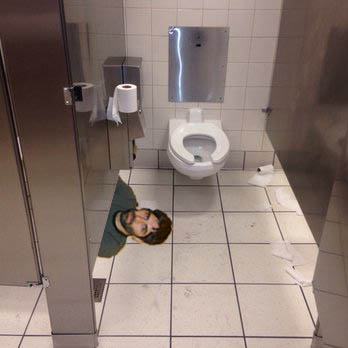 Most Target ladies’ rooms have two stalls. You will be occupying one for a “session” that lasts approximately an hour. I recommend you bring an e-reader or fully-charged smartphone to deal with possible down time of no women coming in.

2. Be patient and listen for hot girls to enter 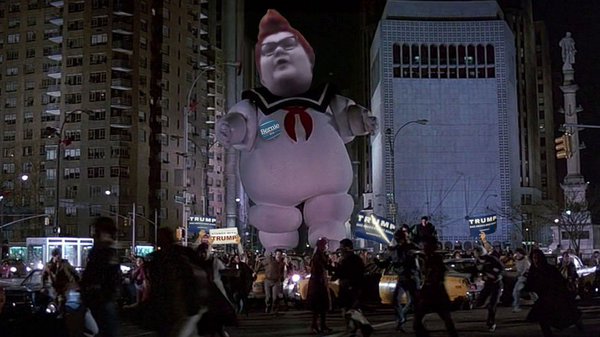 It will take some experience to know the “sounds” of a hot girl, but usually it involves a light tippy-tap step instead of the thud-boom step of a fattie, an invariably sweet-smelling fragrance that cuts through the bathroom odor instead of the rotting yogurt stench of vaginal yeast, and a jingle-jangle from extensive cosmetic jewelry that cannot fit the log wrists of land whales. I got so good at hearing hot girls that I can predict a girl’s rating to within one point after listening to her movements for a mere 10 seconds.

3. Time it so that you intersect with the hot girl at the sink after she does her potty 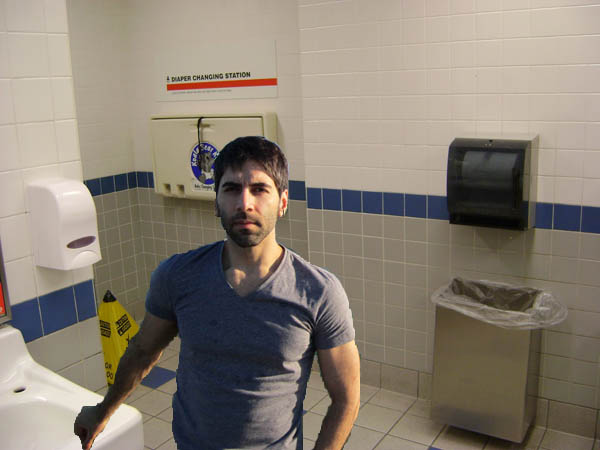 Once she completes her tinkle in the neighboring stall, she will want go to the sink to wash her hands and fix herself in the mirror. This is when you emerge from your stall and get behind her as if you’re patiently waiting to use the sink yourself, even though you don’t actually have to use the sink.

4. Break the ice by saying how you’re having a bad hair day

Women who use the bathroom often engage in conversation by talking about how bad they look in an attempt to fish for compliments. You will mimic this behavior to get the conversation going (if you’re bald, your statement will elicit a smile). The purpose of the ice breaker is to get her used to the fact that a man is in the women’s room and to establish your powerful, unbreakable masculine frame.

5. She’s not DTF if she questions why you’re in the women’s restroom 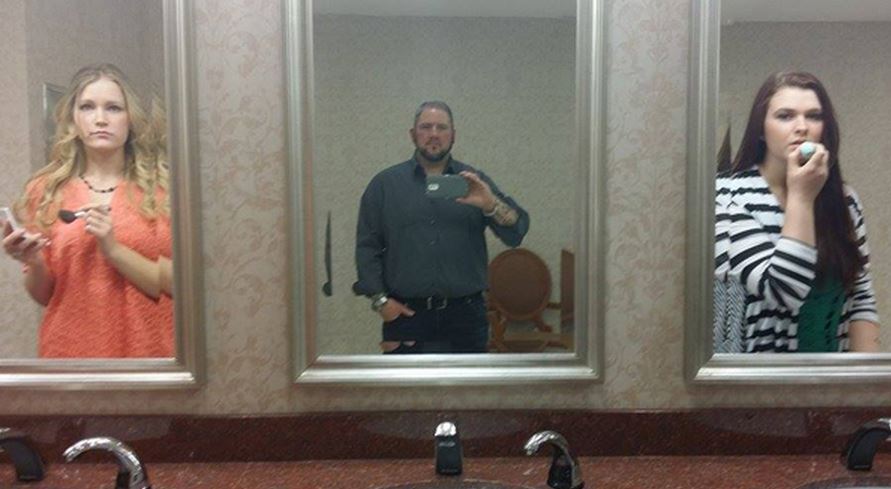 My wingman Stanley running A+ game in Target

If she starts challenging your female identity, she’s definitely not going to bang you, but so you don’t get banged in jail, you have to provide authentic legal cover by stating the following: “Today I identify as a woman.” Technically that’s not a lie if you’re feeling moody, jealous, needy, anxious, or insecure, because women feel these traits every day. Be thankful that we live in a progressive nation where we can identify as anything without having to provide a shred of evidence, meaning your statement is truthful and supported by an American establishment that is catering more to mentally ill trannies every year.

6. She’s DTF if she completely ignores the fact that a man is in the women’s restroom

If she doesn’t even ask why a man just came out of the women’s stall, you’re halfway into her panties, which will be getting moist by the second due to the fact that you took such a progressive risk in bucking the patriarchal order to fully express yourself in a modern manner. Have a normal conversation with her about what sort of Chinese-made goods she’s shopping for at Target and then go for the digits quickly before security or non-progressive women attempt to cockblock your approach. You can also try for an instant date in the parking lot if you feel the attraction she has for you is especially strong.

7. Rotate your game sessions between all Targets in your area 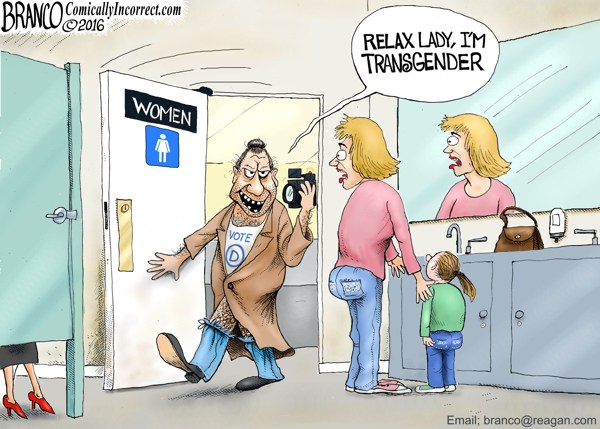 You don’t want to wear out your welcome in one Target, so mix it up a bit. You may even want to learn the schedule of the Target staff so you don’t run into the same individuals too often, because being a regular at Target is not the same as being a regular in a normal bar or club. Since this tip is hot, you will surely run into other ROK readers who will want to take advantage of the “identity loophole.” Ask them where the pet shop is and give them a knowing nod once they give the correct answer.

Advantages of running game in the Target women’s room

As you know from my history, I’ve run game just about everywhere women can be found, but I haven’t found such a treasure trove of easy lays like I have in the Target ladies’ bathroom. Check out these benefits:

The best advantage of all is that it provides a big middle finger to feminism. If it wasn’t for feminist victories in inverting the traditional order, would I be getting laid from the tranny clusterfuck they created where biological men can peep on women in public? What pedophiles had to do secretly in the hopes of not going to jail can now be legally done by all men, without consequences. Sweet!

There is one downside in that sometimes I encounter doo-doo smells because some women think Target is suitable for releasing chocolate hostages, but other than that, I can’t recommend the women’s bathroom enough as a way to meet women for casual sex, and who knows, you may even meet someone you truly care about. So thank you Target Corporation, for allowing men to use your female restrooms. This great progressive company is bringing society together, just perhaps not in the way that they imagined.[culturewar]

Read Next: 8 Things American Women Must Do To Make Themselves More Attractive For Men