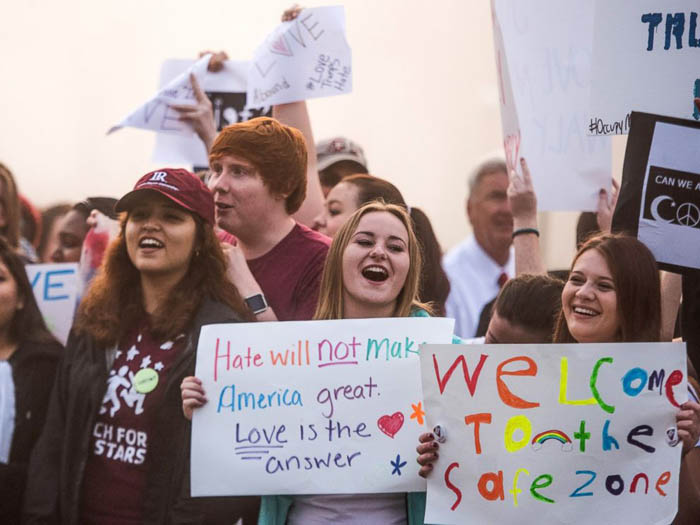 While Donald Trump is far from a perfect Presidential candidate, he represents ideas of beauty, tradition, truth, and nationalism. It’s not surprising that those who hate him and protest at his rallies represent the polar opposite: ugliness, degeneracy, lies, and globalism, though mostly ugliness. The women you see at anti-Trump rallies are awash in obesity, masculine behavior, and utter repulsiveness. For this reason, I recommend that you completely stop having sex with Trump haters. 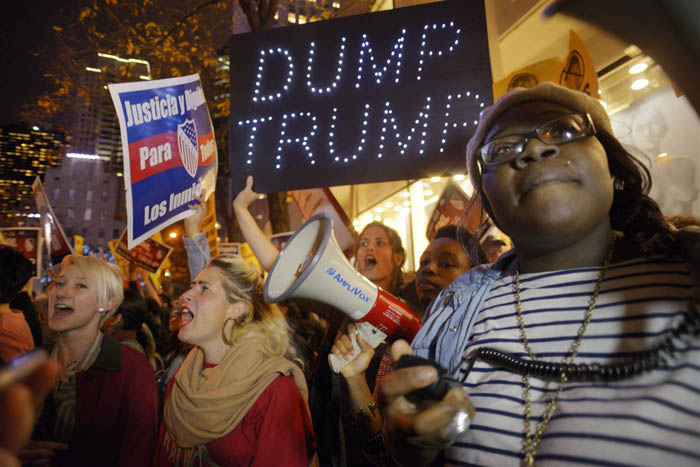 I’m currently dating a girl who is apathetic about Trump. She doesn’t love him but doesn’t hate him either, and finds him more entertaining than anything. From that, you can correctly guess that she is feminine, thin, and sweet-natured. She doesn’t believe that all men are rapists and need to be taught how not to rape. She doesn’t think that homosexuals should be able to adopt children. From discussions with other masculine men, a pattern has emerged: their women are also not Trump haters.

If I was in the United States dating market right now, I would announce from the beginning of a conversation with a girl that I’m a Trump fan. I would put it in all my dating profiles and bring it up within five minutes of meeting a girl using one of the following lines:

The goal is to find a way early on to declare your allegiance to Trump. You’re doing this primarily to exclude women who don’t want to make America great again, not to build attraction (though it may do so). At this point in our societal decline, it doesn’t make sense to sexually reward a girl who wants to destroy the country with a socialist or globalist candidate.

Punish Trump haters with your cock 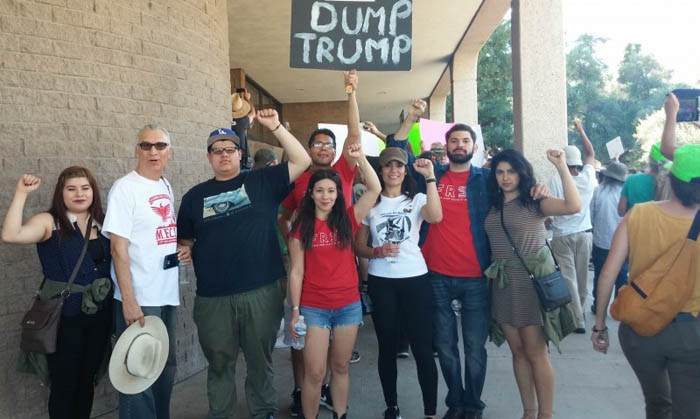 Besides the punitive element of withholding your cock from a Trump hater, we can also look at it from a time-saving perspective. If you are masculine, you simply won’t connect naturally with a feminist who hates Trump. You’ll have to act out her faggy ideal in order to get laid, waste time on interactions that go nowhere, and endure a lot more flaking. You’ll also feel a bit like a sellout for biting your lip when she inevitably spouts anti-male propaganda, which I have in the past.

Even better, by declaring your support for Trump, you’ll connect much faster with a girl who likes him, especially in this election cycle where people are drawing battle lines against family and friends who don’t support their favored candidate. Attraction will be achieved much quicker when you establish common ground that you can work off of. Any way you look at it, you win by announcing your support for Donald Trump as president. Otherwise, you waste time on a girl you didn’t even like or have sex with someone while hiding your genuine beliefs. Both are unfavorable outcomes.

It’s a fact that you’ll enjoy any seduction if you genuinely like the girl and share things in common with her. The only problem is if you live in a liberal urban shithole of brainwashed commie zombies. In that case, you have bigger issues than just getting laid, and should consider moving to a place that is not completely against your belief system. Until then, I urge you to say no to all women who hate Trump. Not only do you reward anti-American behavior, but you make it way easier to meet girls who you genuinely like. Use Donald Trump as a device to make your sex life great again.[culturewar]