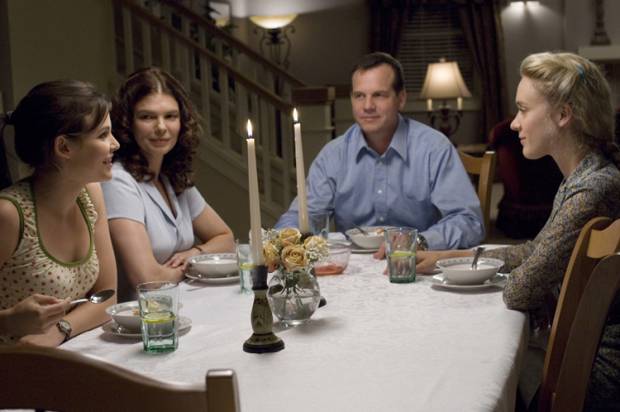 After a long period in society of women having unlimited personal freedom to pursue life as they wish, they have shown to consistently fail in making the right decisions that prevent their own harm and the harm of others. Systems must now be put in place where a woman’s behavior is monitored and her decisions subject to approval of a male relative or guardian who understands what’s in her best interests better than she does herself.

Women have had personal freedoms for less than a century. For the bulk of human history, their behavior was significantly controlled or subject to approval through mechanisms of tribe, family, church, law, or stiff cultural precepts. It was correctly assumed that a woman was unable to make moral, ethical, and wise decisions concerning her life and those around her. She was not allowed to study any trivial topic she wanted, sleep with any man who caught her fancy, or uproot herself and travel the world because she wanted to “find herself.”

You can see this level of control today in many Muslim countries, where expectations are placed on women from a young age to submit to men, reproduce (if biologically able), follow God’s word, and serve the good of society by employing her feminine nature instead of competing directly against men on the labor market due to penis envy or feelings of personal inferiority.

The reason that women had their behavior limited was for the simple reason that they are significantly less rational than men, in a way that impaired their ability to make good decisions concerning the future. This was eloquently described by German philosopher Arthur Schopenhauer in his important essay On Women. He described them as overgrown children, a comparison that any man who has dated more than a dozen of them can quickly agree to after having consistently witnessed their impulsive and illogical behavior firsthand.

Women are directly fitted for acting as the nurses and teachers of our early childhood by the fact that they are themselves childish, frivolous and short-sighted; in a word, they are big children all their life long—a kind of intermediate stage between the child and the full-grown man, who is man in the strict sense of the word. See how a girl will fondle a child for days together, dance with it and sing to it; and then think what a man, with the best will in the world, could do if he were put in her place.

…women remain children their whole life long; never seeing anything but what is quite close to them, cleaving to the present moment, taking appearance for reality, and preferring trifles to matters of the first importance.

That woman is by nature meant to obey may be seen by the fact that every woman who is placed in the unnatural position of complete independence, immediately attaches herself to some man, by whom she allows herself to be guided and ruled. It is because she needs a lord and master.

When you give a female unlimited choice on which man to have sex with, what type of man does she choose? An exciting man who treats her poorly and does not care for her well-being.

When you give a female choice on what to study in university, what does she choose? An easy liberal arts major that costs over $50,000 and dooms her to a life of debt and sporadic employment.

When a female lacks any urgent demands upon her survival, what behavior does she pursue? Obsessively displaying her half-naked body on the internet, flirting with men solely for attention, becoming addicted to corporate-produced entertainment, and over-indulging in food until her body shape is barely human.

When you give a female choice on when to have kids, what does she do? After her fertility is well past its peak, and in a rushed panic that resembles the ten seconds before the ringing of the first school bell, she aims for limited reproductive success at an age that increases the likelihood she’ll pass on genetic defects to her child.

When you give a female choice of which political leader to vote into office, who do they vote for? The one who is more handsome and promises unsustainable freebies that accelerate the decline of her country.

When you give a female unwavering societal trust with the full backing of the state, what does she do? Falsely accuse a man of rape and violence out of revenge or just to have an excuse for the boyfriend who caught her cheating.

When you give a female choice on who to marry, what is the result? A 50% divorce rate, with the far majority of them (80%) initiated by women themselves.

While a woman is in no doubt possession of crafty intelligence that allows her to survive just as well as a man, mostly through the use of her sexuality and wiles, she is a slave to the present moment and therefore unable to make decisions that benefit her future and those of the society she’s a part of. Once you give a woman personal freedom, like we have in the Western world, she enslaves herself to one of numerous vices and undertakes a rampage of destruction to her body and those who want to be a meaningful part of her life.

Men, on average, make better decisions than women. If you take this to be true, which should be no harder to accept than the claim that lemons are sour, why is a woman allowed to make decisions at all without first getting approval from a man who is more rational and levelheaded than she is? It not only hurts the woman making decisions concerning her life, but it also hurts any man who will associate with her in the future. You only need to ask the many suffering husbands today on how they are dealing with a wife who entered the marriage with a student loan debt in the high five figures from studying sociology and how her wildly promiscuous sexual history impairs her ability to remain a dedicated mother, with one foot already out the door after he makes a reasonable demand that is essential for a stable home and strong family.

I propose two different options for protecting women from their obviously deficient decision making. The first is to have a designated male guardian give approval on all decisions that affect her well-being. Such a guardian should be her father by default, but in the case a father is absent, another male relative can be appointed or she can be assigned one by charity organizations who groom men for this purpose, in a sort of Boy’s Club for women.

She must seek approval by her guardian concerning diet, education, boyfriends, travel, friends, entertainment, exercise regime, marriage, and appearance, including choice of clothing. A woman must get a green light from her guardian before having sex with any man, before wearing a certain outfit, before coloring her hair green, and before going to a Spanish island for the summer with her female friends.

If she disobeys her guardian, an escalating series of punishments would be served to her, culminating in full-time supervision by him. Once the woman is married, her husband will gradually take over guardian duties, and strictly monitor his wife’s behavior and use all reasonable means to keep it in control so that family needs are met first and foremost, as you already see today in most Islamic societies. Any possible monetary proceeds she would get from divorce would be limited so that she has more incentive to keep her husband happy and pleased than to throw him under the bus for the most trivial of reasons that stem from her persistent and innate need to make bad decisions.

A second option for monitoring women is a combination of rigid cultural rules and sex-specific laws. Women would not be able to attend university unless the societal need is urgent where an able-minded man could not be found to fill the specific position. Women would not be able to visit establishments that serve alcohol without a man present to supervise her consumption. Parental control software on electronic devices would be modified for women to control and monitor the information they consume. Credit card and banking accounts must have a male co-signer who can monitor her spending. Curfews for female drivers must be enacted so that women are home by a reasonable hour. Abortion for women of all ages must be signed off by her guardian, in addition to prescriptions for birth control.

While my proposals are undoubtedly extreme on the surface and hard to imagine implementing, the alternative of a rapidly progressing cultural decline that we are currently experiencing will end up entailing an even more extreme outcome. Women are scratching their most hedonistic and animalistic urges to mindlessly pursue entertainment, money, socialist education, and promiscuous behavior that only satisfies their present need to debase themselves and feel fleeting pleasure, at a heavy cost for society.

Allowing women unlimited personal freedom has so affected birth rates in the West that the elite insists on now allowing importation of millions of third world immigrants from democratically-challenged nations that threaten the survival of the West. In other words, giving women unbridled choice to pursue their momentary whims instead of investing in traditional family ideals and reproduction is a contributing factor to what may end up being the complete collapse of those nations that have allowed women to do as they please.

I make these sincere recommendations not out of anger, but under the firm belief that the lives of my female relatives would certainly be better tomorrow if they were required to get my approval before making any decisions. They would not like it, surely, but due to the fact that I’m male and they’re not, my analytical decision-making faculty is superior to theirs to absolutely no fault of their own, meaning that their most sincere attempts to make good decisions will have a failure rate larger than if I was able to make those decisions for them, especially with intentions that are fully backed with compassion and love for them to have more satisfying lives than they do now.

As long as we continue to treat women as equals to men, a biological absurdity that will one day be the butt of many jokes for comedians of the future, women will continue to make horrible decisions that hurt themselves, their families, and their reproductive potential. Unless we take action soon to reconsider the freedoms that women now have, the very survival of Western civilization is at stake.[culturewar]

Read Next: People Should Not Be Allowed Unlimited Personal Freedom